Theme: Care Preaching the Gospel and translating authentically in words and works can prove to be difficult especially when it comes to standing for

Preaching the Gospel and translating authentically in words and works can prove to be difficult especially when it comes to standing for what is right. Nevertheless, this is what common sense dictates. What we have to keep in mind is a method we apply to ensure effectiveness. Disseminating the truth has to be proper, easily, sustainable and manageable. This is all we have to learn and put into practice from today onwards.

In his autobiography, Memories, Dreams and Reflections; the renowned Swiss Pastor and Psychiatrist Carl Jung who lived from 1865-1961 wrote: ‘The doctor is effective only when he is affected because only the wounded physician heals. This can be said of the prophet Jeremiah who was no stranger to suffering for the sake of his prophetic ministry. In his tears and fears, he found an eloquent method to speak about God. Like most of his contemporaries; Jeremiah longed for a community that was living a secure and stable life whose loyalty to God and the covenant was obvious. Jeremiah reminded the leaders of Israel to be honest representatives of God the good Shepherd but since they continued in lacking integrity and good leadership, an alternative was offered to sustain hope for a better future. Jeremiah was compelled to present a vision of a righteous shoot from David’s line while attacking the unworthy shepherding of four subsequent kings of Judah namely: Jehoakas, Jehoiakim, Jeconiah and Zedekiah. Like their names, they proved unworthy when expected to represent God who had granted them the thrown cf. Jeremiah 23:6.

God would replace them and effect a new era of peace. Recalling the promise made centuries before to David by Prophet Nathan, Jeremiah described the future leader as semah tsaddiq/a righteous branch and a legitimate heir cf. 2 Samuel 7:1. This promised one would not be deceptive but an authentic descendant of the shepherd-king David. Like Isaiah 11:1 and Zechariah 3:8, Jeremiah reminded his people to remain watchful in hope since God would soon bring forth a semah/branch/shoot from David’s line. Six centuries later, this promised was inaugurated in Jesus the good shepherd who came to seek out the lost, to bind up the weak and to gather back to God all who had been scattered. Jeremiah proved that God’s promises could only be delayed but never denied.

Most of us live lives that are wavering between being far off and coming near to God cf. Ephesians 2:13, 17. For this reason, our lives are punctuated by moments of regret and times of communion only when we have come to our senses and valued God. Usually, our trips away from God are prompted by sin, while our journeys homeward are a result of grace granted to us in Jesus Christ. Although this is a valid application, St. Paul has another insight which he terms the reconciling power of the Christ-event. When Paul wrote this letter to Ephesians he intended to address new converts to Christianity who lived in western Asia Minor. Most of them were gentiles whom he categorized as ‘far off in the sense that they were without Christ, alienated and strangers. They were a people that lived without hope and God in the world cf. Ephesians 2:12. Whether or not the gentiles would have agreed with this assessment; yet St. Paul’s description was intended to paint reality as close as possible while describing life before coming to Christ. Thus coming to Christ and Christ to us has to be seen as a wondrous blessing.

Referring to their life in Christ as a ‘coming near’, St. Paul is affirming that gentiles are no longer outsiders but an integral part of the new community established through the Cross of Jesus. There is no little irony in the fact that this sign of contradiction, the cross on which Jesus suffered and died has become by virtue of his blood the sign of a new covenant and communion between God and humankind without exception. Jesus Christ, therefore, is that uniting factor whom the prophets had foretold. In Jesus Christ, we are fellow citizens with the holy ones and members of the household of God, which is built upon the foundation of the apostles and prophets, with Christ Jesus himself as the capstone. To this day, Jesus the living capstone holds us together.

Aware of the need for those pauses that renew and refresh, Jesus called his partners in ministry to come away with him to a deserted place and rest awhile. This invitation is suggestive of a similar one extended to his embattled contemporaries to ‘pause awhile and know that God is with them because the God of hosts is with us, the God of Jacob is our stronghold’ cf. Psalm 46:2-4. This psalm was given voice during the troubled years between the fall of the northern kingdom and the conquest of Judah. Sensitive to the political unrest that his brothers and sisters in the faith were experiencing, the psalmist summoned them to find their centre in God and renew themselves in the power of the divine presence rather than lose themselves amid the surrounding conflict.

Since ministry can sometimes cause the minister to become confused and conflicted, the invitation of Jesus remains a standing one to which every believer must frequently respond. Although his disciples had withdrawn for a much-needed rest with him, it is significant that Jesus did not send away the crowds when they followed after them. Rather, his compassion for those who sought him out and his willingness to tend to their hunger, both spiritual and physical, called forth the shepherd’s love in him. In Mark’s Koine Greek, the word for compassion here is esplagchinisthe, a term derived from splagna, which means gut or entrails. Splagna is also the Greek translation of the Hebrew word rahim/womb, from which the word rahamim/compassion is derived. Given these terms, it is clear that Jesus was empathetic toward and personally invested in the people he had come to lead. That moved him to want to care for them in every way.

As is reflected in this Gospel, Jesus’ compassion moved him to teach the crowds. Having struggled under the leadership of unworthy kings and burdened by those whose interpretations of the law were more legal than logical, people were in need of the loving ministrations of Jesus. He did not wish to dominate or force his will upon others. Rather, he led them to understand what is good, just and true by being a living example of those virtues. He taught them without opening his mouth and when he did begin to speak, he reflected the very wisdom and mercy of God. Such an example from Jesus’ offers both encouragement and a challenge to all of us. He took time to rest in solitude before he taught those who gathered around him. Solitude and rest are not ‘extras’; they constitute the very environment within which the minister and the ministry can grow. Although extended moments of solitude and rest may not always be possible, each of us should be able to punctuate our days with specific pauses in which to be still, to know and rest in the God who is the heart and centre of all we are and all we do.

You know what! ThisSolitude and rest demands love. I hope you have it. One would think that love wouldn’t be a problem for us modern people. Everyone talks about it, most people claim it as their right. But do they know what it is? The way some of us treat ourselves looks like we do not know what love is. Giving people things is the easiest way to avoid giving them ourselves. Faith, hope and love are the questions at stake in this noisy world. Those who know that they don’t know will find it easy to believe. People who can’t control tomorrow find it easy to hope. People who have nothing to give but themselves find it easy to love. Love yourself and your neighbour, then Jesus will take care of the rest. The golden rule is to love yourself.

Like Prophet Jeremiah, we have to assume the responsibility of looking and tendering after the flock. Pope Francis insists that a true shepherd must carry the odour if the sheep. In all this, Jesus must be the motive and reason of our solidarity. No matter how we feel, the care for the flock is priority number one yet in all this goodwill there is a need to balance action and contemplation. In ministry, we need to learn from Mother Teresa of Calcutta who says that when serving others, we must love them until it hurts us. Love entails sacrifice and standards to excel. 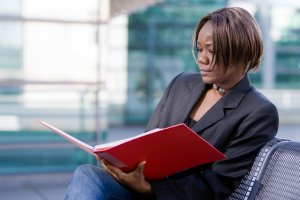 What is your organisational culture type? 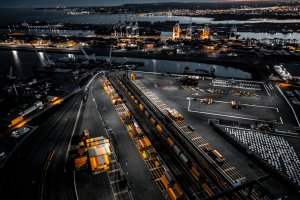 Envision the future one year from now

Coronavirus 2019: the facts you must know