According to an official at the Ministry of Finance Uganda, The Chinese firm is pledged to inject US $176m to resurrect Kilembe Mines and also to upgrade of Mobuku Power Plant to 12mw.

Tibet-Hima committed to pay US $4.3m plus an annual concession fee of about US $1m, in addition to other benefits like employment generation, taxation revenue and improved amenities like hospitals and schools in the vicinity – Kasese in Western Uganda, where the mines are located. Since 1982, Kilembe Mines has been bankrupt following a turbulent political period in Uganda that coincided with all-time low copper prices on the world market.

With an estimated 4.5m tons of copper at the time of closure in 1982, the prospect for turnaround is real.

The development is good news for Uganda, and Kasese in particular. Chinese companies are increasingly investing in critical industries and infrastructure. In Uganda, they have won some of the best construction contracts and businesses.

The Southern bypass project, is currently handled by them, in addition to so many other projects. This is because they have the required initial investment and are not in a hurry to get paid. There are few organized groups in Africa to compete with any company from China for any business they have identified as priority. 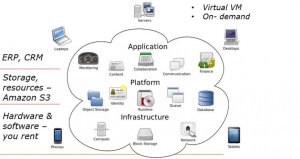 The leader’s toolbox: Tool 1 – speak to influence not merely to inform