Uganda Revenue Authority (URA) has denied claims that it paid Ugx 12 billion to ghost workers. Ms. Sarah Birungi, Assistant Commissioner Public and Corporate Affairs said it is the responsibilities of the Government Ministries, Departments and Agencies (MDAs) to pay their suppliers not URA.

Ms Sarah noted although it could be true that there are some suppliers that are not registered and therefore difficult to be taxed, it is not correct to say URA paid them because the body does not deal with them. There have claims that URA irregularly paid Ugx 12 billion to non-existent firms in Northern Uganda and West Nile region according to a report by Auditor General on URA accounts for 2012/13. Ms. Sarah strongly said that its URA that paid the so ghost workers.

URA is a tax body in Uganda. How comes it is linked to paying of suppliers in Northern Uganda?

Due to Kenya Ports Authority’s (KPA) decision to increase cargo handling charges, many Ugandan importers are avoiding using the port any more. Ugandan importers have opted to use the longer Central Corridor route through Tanzania to transport their goods into Uganda.

KPA increased handling charges by 5 percent from US$ 70 to US$ 73.50. “The sad thing is that KPA did not bother to consult us even though we contribute over 75 percent of the cargo at the port,” said Mr. Kassim Omar chairperson of Uganda Clearing Industry and Forwarding Association.

Clearing agents say distance is no longer an issue since Dar es Salaam port is friendly to its users. This has however caused delays in transporting goods into Uganda.

Donor countries had suspended aid to Uganda due to the signing of the Anti-Gay bill into law. But donors have resumed sending aid to Uganda Red Cross society.

Mr. Ken Odur, the body’s interim secretary said they have received Ugx 5 billion from Red Cross of Netherlands for administration costs and rebranding operations of the 51 branches in the country.

Red Cross Uganda is in preparations of having a jubilee celebration scheduled to take place in July 2014. I think this is good news to Uganda.

The entrance of a cloud computing firm in Uganda is going to create opportunities to Ugandan businesses to have lower operational costs. Cloud computing will enable storing and accessing data and programmes over the Internet. Cloud computing has emerged as a popular option for business seeking to leverage technology to meet the increasingly changing consumer demands. 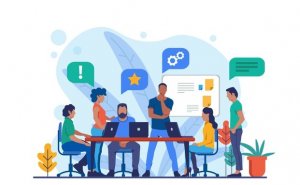 Towards teamwork amid physical distancing

The value of information and street smarts 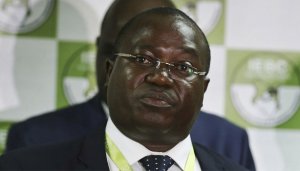 Who was Chris Musando or Chris Msando or CHRISTOPHER CHEGE MSANDO?