Work is whatever we expend energy on for the sake of accomplishing and achieving something. Ideally, work is not what we do for a

Work is whatever we expend energy on for the sake of accomplishing and achieving something. Ideally, work is not what we do for a living but what we do with our living. Fortunate are those whose work is fulfilling. Work becomes a blessing when we love it and are willing to make a living out of it! In each of our three readings for today, we are invited to explore the importance of work and to learn a lesson in work ethics.

The book of Job is one of the masterful pieces of literature in the bible though it is rarely included among the Sunday readings. Job has been omitted because of the frank and even brash verbal assaults which the book’s protagonist levels at God. His steady stream of lamentation is less appealing in a Eucharistic setting. All the same, his excellent work provides a much-needed vehicle for all of us to come to grips with the often lamentable realities of life. In actual fact, the lament of Job has enormous educational significance in the faith and life of the Church. Absence of lament can result in the loss of genuine interaction. When only praise and thanksgiving are expressed in prayer, then those who pray become yes-people from whom you will never hear a discouraging word. Such a silence does not square with reality. Genuine promise void of lament ends up in denial and pretence. Today, Job provides us with a complaint list:

Job compares the human experience to conscripted service in the army; to the work of a day labourer and to slavery which summarizes the three elements that make wretched states of life. We need to recall the fact that, initially, Job had been abundantly blessed by God with family, friends, wealth and property. It is written that God had permitted the Adversary/Satan to afflict Job with the loss of everything except his life. Bereft of all that had formerly been regarded as a sign of God’s favour, Job was also stricken with an unnamed dreadful disease which tortured him day by day and robbed him of sleep at night.

When his wife and friends urged him to curse God, Job did not. When they urged him to admit that his sufferings were caused by his sin or that of a family member, Job would not. In the back and forth repartee between Job and his friends, and Job and God, we see the fact of human suffering. After lengthy dialogue with God and people, Job contradicted the popularly held notion that suffering was caused by sin. In this reading, Job’s miserable criticism is clear evidence that there are times when life’s disappointments must be truthfully acknowledged. Suffice it to say, this was not the end of the story. Eventually Job, in trust and in faith, arrived at a point when he surrendered himself, his suffering, his work to the greater wisdom of God. Suffering remains an intrinsic part of the human condition. The experience of suffering can either lead the stricken one nearer to God or send the person fleeing from God in disappointment and despair. It is the moment you give up, that the answer is insight. Resist.

Sounding similar to Jeremiah, Paul claimed that he was under compulsion and had no choice but to preach the gospel. Jeremiah, who would rather have kept silent, in order to avoid the wrath of the powers that be exclaimed: “I say to myself I will not mention God, I will speak in God’s name no more. But then it becomes like fire burning in my heart, imprisoned in my bones; I grow weary holding it in, I cannot endure it” Jeremiah 20:9. Like Jeremiah, Paul’s preaching was not merely a job but a divine commission which had redirected the course of his life and which he hoped would inspire the lives of all who heard him. Claiming that preaching was itself his recompense, Paul accepted no financial remuneration for his services. This refusal was controversial on three counts. It was recognized by the Church. It was part of the social etiquette of the time. It was a slap in the face to those who liked to exert their influence on him through financial pressures.

Apart from remuneration, Paul had been debating the issue of idol-meat. Community members whom Paul referred to as the strong, had no reservations about eating meat that had once been used in pagan worship. Others whom Paul called the weak were scandalized. Appealing to both groups to arrive at a reconciliation, Paul offered himself as a model of accommodation. Though he was a free person and capable of exercising the authority given to him by the gospel he chose to work as a slave. Indeed, Paul’s preaching often brought him, a free man, into contact with slaves; accommodating himself to their political situation, he made it possible for slaves to hear the good news and to know the deeper freedom from sin and death that Jesus had come to bring. Because he took care not to offend their sensibilities he was able to win all for Christ by foregoing his natural inclinations, making himself all things to all people for the sake of the gospel.

Today’s gospel presents Mark’s description of a typical day in the ministry of Jesus. The time set aside for prayer was necessary respite the hectic schedule of preaching, teaching and healing. The moment Jesus managed to get a private time from the busy schedule to pray, the disciples “managed to track him down” Mark 1:36 and reminded him of the needs of the people. Jesus’ cure of Peter’s mother-in-law had acted as a prophecy about the future when the blind would see, the sick would be healed and the dead would rise. The verb helped her up/egeiro in Greek meant ‘to raise from the dead.’ By his action in Peter’s home, Jesus pointed ahead to the moment wherein those who had been prostrate beneath the power of sin would be healed and raised up by his saving death and resurrection.

Another episode is that Jesus’ silenced the demons who knew him and who could have identified him for the crowds to demonstrate the messianic secret. This secret was a literary device which explained: 1. why Jesus was not universally acclaimed messiah during his ministry, 2. diverted attention away from the miracles until people understood that it would be through the Cross that Jesus’ messiahship would be revealed. Jesus spent his time ministering to the needs of others; he healed, forgave and granted new beginning to many. His life was prayer.

Jesus traversed neighbouring villages of Galilee so that everyone could benefit from his saving words and works. As we gather together today let us bring our work and prayer in our liturgy. Liturgy is derived from two Greek words; ergon/work, and Laos/people. As the work of the people, liturgy reveals who we are before God and one another. Let us consecrate our work in one great act of praise, peace, and thanksgiving. When the gospel influences our work we start to make a difference between salvation and condemnation, between life and death.

Job wants us to learn that God listens to every human cry, anger, dismay and lament. There is no struggle so great, no suffering so intense which cannot be surrendered into God’s capable, powerful hands. Paul encourages us to accommodate ourselves for the sake of ministry. Respecting rather than patronizing is the way. When we patronize people we fail to understand them, thus making it impossible to evangelize them. We have no choice but to preach the Gospel in season and out of season. Work without pray ends into nothing. Prayer ought to punctuate our work every day. As I say peace be with you, I also add, and with your work.

Are you working from home or working at home? Part 2 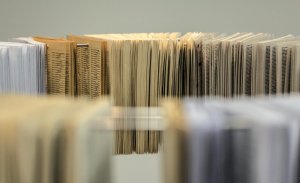 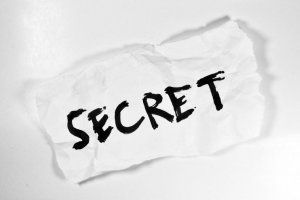 What is your emergence? Secrets to success