Every body has a story in life to tell. This is a story of a minister who sold pancakes to raise school fees. Information

Every body has a story in life to tell. This is a story of a minister who sold pancakes to raise school fees. Information and National Guidance Minster Ms Rose Namayanja narrated her story of how she hawked pancakes in order to attend school.

Namayanja said she came from a poor humble background that compelled her to sell pancakes.‟ Being poor or rich is not genetic. Every one is bound to succeed in life so long as you set targets,” Ms Namayanja emphasized.

Ms Namayanja therefore called upon all girls to take her example. Her selling of pancakes did not divert her from reading very hard. Most girls have dropped out of school as soon as their parents find school fees difficulties. She condemned such girls as being lazy and not focused in life.

The construction of an oil refinery in Hoima district has attracted the interest of four international firms. Japan’s Marubeni Corporation and three consortia led by the China Petroleum Pipeline Bureau, SK Group of South Korea and RT Global Resources have bid to construct an oil refinery in the Albertine Rift Valley region.

However, Petrofac of the United Arab Emirates and Vitol SA of Switzerland withdrew out despite being among the interested six firms that had given in their request for the proposal in January 2014.

‟We expect that the bids submitted will be in line with the government’s requirements for a credible, experienced and financially capable partner to work with Uganda to develop a refinery,” added Energy Permanent Secretary Mr. Kabagambe Kaliisa.

The government’s plan is to pick an investor who will develop a refinery to convert Uganda’s waxy crude oil into petroleum products that meet set standards.

World Bank has donated Ugx52omillion to Masaka district to plant trees on Lake Victoria basin and restore wetlands. Addressing the public at the launch of the project, Environment Officer Ms Rose Nakyegwe said the program will be implemented under the Lake Victoria Environment Management Project Phase.

‟We want to sensitize the people living close to Lake Victoria areas about adopting alternative sources of income and energy,” Ms Rose said.

People have been advised to adopt poultry keeping, dairy keeping and using bio-gas to cook. Fishermen have been encouraged to start farming in their own ponds instead of depending on Lake Victoria.

Business nearly came to a stand still on 9th June 2014 after the morning rain that flooded most of the roads. Vehicles that were heading to Kampala were disrupted for several hours.

The downpour which started at around 8:00am in the morning lasted for nearly five hours. Many vehicles were found abandoned in the middle of the flooded roads. Along the Kampala-Jinja highway, floods cut off the road at Kyambogo junction.

Drivers and pedestrians attributed the flooding to the poor drainage system on the city roads and reclamation of swamps by the industrialists.

In other Kampala suburbs like Kyebando, Bwaise, Kalerwe and Ndeeba houses were submerged in water. Many people in the low lying areas have lost property worth of millions of shillings. 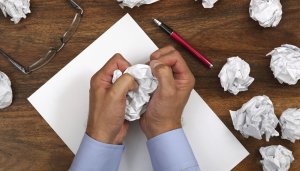 The board’s role in oversight of risks