Through the centuries, humanity has suffered a myriad illness some of which have altered the course of history. Nearer to our times, various cancers

Through the centuries, humanity has suffered a myriad illness some of which have altered the course of history. Nearer to our times, various cancers continue to afflict and kill thousands and have yet to be controlled. Leprosy was one of those feared ailments that once it punched, victims would be quarantined. Separated from the rest of society, the person suffered immensely first from illness, then isolation and victimization because of being referred to as living dead.

In a tentative exposition of Leviticus 13, is a cry of mercy by a leper “let my prayers come before you God. My couch is among the dead. I am an abomination to my friend; imprisoned and I cannot escape. Will you work wonders for the dead, O Lord?” cf. Psalm 88:3-6. While we cannot know for certain whether a leprous condition prompted this prayer, given what we do know of this dread disease, it was a likely scenario due to 1- fear of contagion and 2– ritualistic uncleanness which resulted from contact with the diseased. According to the rabbis, leprosy was thought to be a direct punishment from God for serious sins. Although the law presupposed that it could be cured, its healing was as difficult as raising the dead to life.

This reading represents a small excerpt from a lengthier section of Leviticus Chapters 13 to15 containing legislation on leprosy of all types and the processes of purification. The afflicted were not directed to the care of a physician but to the authority of the priests. Our forebears in the faith were not shunning science or the medical profession; rather, because they believed that illness resulted from corrupted morals and not from bacteria/viruses, they sought healing that was spiritually rather than physically oriented. To that end, they were willing to submit to a lengthy and tedious process of personal purification accompanied by sacrificial offerings. At each phase, a priest was consulted; only upon his approval would the process proceed. Considering the lengths to which these people would go to receive official approval to participate in the liturgy, we should feel privileged that we can freely praise and worship. While physical imperfections, disease and handicaps pose no threat to full participation, we need to acknowledge our sinfulness and embrace forgiveness from God.

One evening, after a brilliant performance of Beethoven’s Ninth Symphony; conductor Arturo Toscanini made the crowd go wild. They applause deafened with shouts of Bravo! Bravo! Toscanini bowed repeatedly and turned to acknowledge the artistry of the orchestra. With breathlessness in his hushed voice, he leaned in close and said, ‘Gentlemen! Gentlemen! I am nothing!’ This was an extraordinary admission from a great performer. Then he faced the crowds and added, ‘Gentlemen, YOU are nothing’ but Beethoven is everything! Centuries before these two great musicians, Paul had come to the same realization that Christ was everything and all he wished was to share his experience with everyone he met.

Today, Paul explains to the Corinthian the supreme importance of Christ and persuading them to relent from licentiousness/extravagancy. Some Corinthians had adopted the slogan “all things are lawful for me” 1Corinthians 10:23 hiding behind it to eat and drink anything even food sacrificed to idols. But Paul insisted that “whether you eat or drink, do everything for the glory of God” 1Corinthians 10:31. He assisted the community by overemphasizing rights to obedience and service without undermining the right to eat and drink. Paul wanted them to learn that the glory of God is upheld when people serve one another and live in loving unity. He encouraged them to avoid giving offence by doing their best to please all in every way with the intension of making them achieve a maximum understanding that Christ was all for all. He who was God became man, he who was goodness and holiness associated with sinners. He emptied himself to the levels of a servant “that many may be saved” 1Corinthians 10:23. Paul presented himself as a visible model of Christ to the extent of asserting: “Imitate me as I imitate Christ” 1Corinthians 11:1. We are likewise invited to be models of Christ.

Had it been any other rabbi in Galilee that day, the leper featured in today’s gospel would probably have fared quite differently. With a daring that may have been prompted by his frustration and despair, he gave in to the rumours floating around this carpenter from Nazareth named Jesus by approaching him and placing his request. He ignored the strict rules of quarantine that separated lepers from the rest of society. He dared the fear that Jesus might behave in a similarly iconoclastic manner by allowing himself to draw near Jesus despite the resulting condition of uncleanness that would affect them both. With courageous hope fueled by faith, he put his case before Jesus. “If you will…you can cure me” Mark 1:40. Another rabbi may have reprimanded him and vented his anger at his audacity since his unclean presence threatened purity and ability to perform priestly duties cf. Leviticus 13:14. Not so with Jesus. With little regard for the rules of ritual purity and with great concern for the suffering leper, Jesus breached the quarantine that had been imposed and cured the man.

You may be aware that in all societies, there are special people authorized to ‘cross the line’ and deal with abominable of that society: police engage criminals; doctors treat the diseased, priests deal with sinners, just to mention but a few. These special people are called ‘limit breakers’. Jesus was officially designated by God as such an agent. He did not cross the line because he belonged to the world of the unclean; rather, he had the power to heal and to make whole once again all who were unclean by disease or sin. Because he had allowed the outcast and the forsaken to approach him and made a point of seeking them out, Jesus was often criticized by the upright citizens and religious authorities as a one who “talks with sinners and eats with them” Mark 2:16. All the same, Jesus exercised his prerogative as the messiah to redraw the traditional barriers which separated people from one another and from God. He established a new set of standards-based not on race or tradition but on love and forgiveness.

Narrow-mindedness among religious managers made Jesus cross the hopeless boundaries of selectiveness. The current translation of the Greek word, splagchnizomai/moved with pity, should be, ‘moved to anger’. Jesus was angry at the presence of evil among the segregation and the segregated. It is true that illness among the Hebrews was generally attributed to demons and sinfulness; thus Jesus’ healing ministry becomes an ongoing battle against the forces and effects of evil. This explains why “Jesus gave him a stern warning and set him on his way” Mark 1:43. STERN WARNING translated in technical Semitic means exorcising demons. Jesus’ stern warning and not the word was meant to keep evil away from people since the healed leper was representing most of us segregated against and equally to safeguard the vulnerable society against future evil and demonic attacks. Stern warnings could not contain the joy of the healed man because good news can never be silenced. On the contrary, he freely proclaimed his story excitedly preaching this good news, word/logos/gospel far and wide.

The story of the leper invites us to change our attitude about the way we treat people and perceive situations. Encountering Christ should make us a people above average who dare to think positively. When tempted to make sweeping conclusions we must desist because as we are baptized. As a new generation cleansed from sin we should never segregate or be selfish. Healed by the grace of Jesus like the leper we are compelled to celebrate our story because the joy of the Gospel has set us free from a mess. The good news is that God forgives sinners and welcomes them unconditionally without fear or intimidation. Instead of arguing and complaining about sickness, let us take it to Jesus who alone is willing to eliminate it. 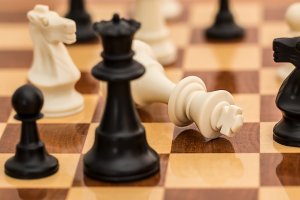 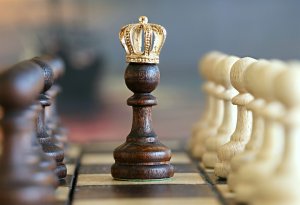 The focus of winning leaders, part 1.