Academics or sportsman? Which career path?

I used to run the 21km half marathon competitively. While in Primary six, I remember winning several of these races in our village during

I used to run the 21km half marathon competitively. While in Primary six, I remember winning several of these races in our village during local primary school competitions. But spotting talent and nurturing it is next to impossible especially if you are in a village school without opportunities to partake in the district competitions. Even if one makes it to the district, and wins, getting to the national level, let alone the regional level competitive sports event is not easy.

You must be an outlier and also very lucky to get discovered.

In the village, the best bet is to do well in academics so that when you make it to University, you have high chances of competing in University sports, which then helps to get you noticed or discovered easily. However, by the time someone makes it to University, they have already “rusted” as they focused on academics at the expense of their sports skills. In the end, few people make it to the national teams.

Whereas the national teams are made up of some of the best elite sportsmen and women, over 60% of some of the finest talent in the country may never be identified and nurtured to compete at such levels.

Almost everyone knows of that village boy who was a super talented runner or footballer but lacked opportunities to be discovered and nurtured to become the likes of Diego Maradona (RIP) or Ronaldinho or Pele. In our village, there was a boy called Kwaimungu who was super talented in football. The world missed witnessing a football wizard. Kwaimungu was another class. He was a football magician!

During local football matches, Kwaimugngu the football wizard would display great skills with the ball like dribbling, passing, heading, and scoring directly from the corner kick. I have only seen such a goal once in the Premier League. But Kwaimugu of the 1990’s Uganda would score almost every corner. He had a mastery of kicking the ball that it did a turning in the air into the far corner of the goal post. Our team strategy was always to force the opponent to make a mistake and we win a corner. We knew Kwaimungu would score from the corner kick! Keep in mind the pitch was the standard measurements and the goalposts were straight as per recommended guidelines.

But Kwaimugu did not move further to leverage his special football talent. Today, he is an old subsistence farmer in the village, beaten by poverty, and just speaks about football with nostalgia. There are many Kwaimungu’s in the villages throughout the country with great skills in different disciplines but lack the opportunities to be discovered, and nurtured.

Uganda does not have specific sports academies that offer opportunities for all to try. The education system lacks deliberate strategies to identify and nurture talent. For example, if one is a great sportsman in most of the schools, it is difficult for them to get to the national level and compete for a spot on the national team. But that is not it. Talent must be driven by prospects for a great career. Young people must be made to aspire to become great sportsmen and women. That includes better pay to all folks who serve the country in the national team and improving the overall recognition of great sportspeople.

What is your take?

Do you think the Kwaimungu’s in your village have got better chances to play at the national level? Can someone ignore academics to concentrate on sports and win? 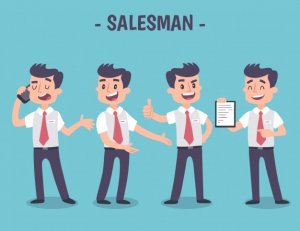 The salesman in the era of coronavirus 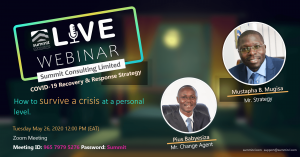 #covid19: How prepared are you to survive a crisis at a personal level? 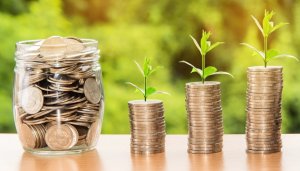