Are you innovative or creative? Which is which?

A story is told that at the height of the space program, both Soviet and American Astronauts faced a big challenge. How to take

A story is told that at the height of the space program, both Soviet and American Astronauts faced a big challenge. How to take notes when in space which has no gravity rendering the normal pens fail to work since the ink cannot flow.

You can try to test it now with any pen in your hands. Try to place a paper on the wall, at a position higher than your head. Lift a pen and try to write on that paper overhead. At first, the ink will write. However, after two minutes, it will stop writing with consistency. That is the challenge that happens in space due to lack of gravity. Normal pens cannot work.

To overcome the challenge, it is said that Americans invested millions of money in R&D to make a pen that can write anywhere, anytime. They wanted an advanced pressurized pen that knows no gravity.  And they made one, but a huge price.

The Soviets, it is said, just used a pencil. It solved the problem, at least for the time being. I want you to think once again the solution the Soviets used. A pencil.

If the story ended here, you would think that it is bad to invest in research and development.

The AG7, see figure 1, uses a sealed cartridge filled with gelled ink that liquefies only when exposed to pressure, conveniently provided by another cartridge filled with inert nitrogen gas. The tungsten carbide ballpoint tip prevents interaction between the ink and the surrounding environment, meaning the pen can write upside-down, underwater, in temperatures ranging from -30 to 250 degrees F, and of course, in the weightlessness of space. The pen made the maker lots of money, as you can imagine. And that is the benefit of creativity. The Fisher Space Pen is still being made today, and now goes for just $50. As for the Russians’ Space Pencils, turns out graphite and wood shavings make for an explosive mixture in the cramped, oxygen-rich interiors of orbiters—as the Apollo 1 fire illustrated—and have since been replaced with, what else, the Fisher Space Pen.

The Fisher space pen is real creativity. He created a pen that never existed. Such a project takes longer and involves lots of spending. Much as the Soviet’s solution of using a pencil initially worked, they had to move on with the times. Now they use Fisher Space Pen for their space missions.

At your organization, you must keep the heads above the sand so that you are not left behind by the competition. The good news is that the Soviets did not have to spend millions of shillings to acquire the space pen. They just found a cheaper way to mass-produce a pen that works everywhere, earth, space, or inverted or straight, etc based on the Fisher Space pen ideas.

Back to your current business.

You need both creativity and innovation. But you can gain maximum benefits from innovation – looking at what others have done and trying to do it better to meet the unique needs of your market and clients. It is always not good to re-invent the pen. Just improve on the existing one. Innovation can take many forms. Applying the existing solution to a different problem is innovation. You just must keep trying and exploring until you get it right.

In one of our MBA innovation class, we were challenged to find ten other uses for the table fork, other than using it to eat. Many students tried and came up with many new applications. That is called innovative thinking.

For your organization to succeed, you must offer services that transform your customers – by solving existing challenges or predicting their future challenges and offering a solution that prevents such challenges from materializing. 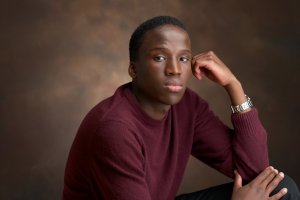 The teenage trap – 13 to 19 years of destructions 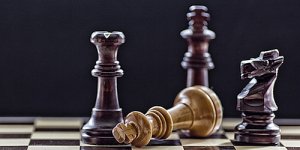 Sins in the boardroom – conflict of interest

The best of WhatsApp: The Winston Churchhill speech