Best of WhatsApp: Covidex Could Accidentally Champion Dev’t In Uganda

While the COVIDEX story was both sad and exciting at the same time, it didn’t catch much of my attention, maybe because I was fairly an insider as a legal adviser and behind the scenes’ connector ‘with some political heavyweights, giving contacts here and there!

However keenly listening to Professor Ogwang this evening, one simple thing caught my attention that hadn’t come to my knowledge despite being somewhat an insider from an outside perspective of some inside workings.

“We are using everything local 100%…. from all the plants, the containers, even the machinery is locally made…. all machines, I just call my guy and we make the machine. On the adequacy of plants… they are plenty we could supply the whole world for 10 yrs….. however, we are also working on what is called tissue culture… we just go to the laboratory and you tissue culture to produce what you need of the compound in a tree without going to the forest…” (somehow paraphrased), said Ogwang.

Wow! From just the above statements of professor Ogwang, if I were the president, I would immediately value him as a national asset. Probably look at him as more than a 100billion dollars for Uganda. Not even our Oil is estimated to rake in such amounts in its entirety.

If I were the president, I would immediately Marshall all the resources needed to put into reality all the ideas revealed in the above statements.

From what Professor Ogwang said, it revealed, according to me, the following potential for this country; One, that Uganda has research capacity and raw materials to produce her medicines probably like China that has most of her medicines being herbal-based if we do not want to compare with the western world if we just got sober and serious.

Secondly that this country called Uganda, has either artisans or blacksmiths or even mechanical engineers who can make machinery to produce our medicines for our use and maybe, for the rest of the world that can believe in us.

Thirdly, his work and revelations wake us up that we can put a product out there and supply the entire world or inspire them out of our discovery. This for those in the know-how manufacturing, patent and trademark concessions

Work would bring in lots of money for this country.

Fourthly, that we could, if we chose that direction,  be the source of raw materials either from tissue culture or herbal extracts for the production of compounds/components required by the pharmaceutical world for various medicines in the fight against viruses.

There are various angles in the production, business, concessions, partnerships and discoveries that would bring in a lot of revenue to this poor country if we chose to think, organize and value our scientists outside rhetoric!

While the president’s intervention in protecting the professor and encouraging him is commendable, the president and government need to take professor Ogwang and other scientists in this country beyond the provision of personal security and small research founding to the real actualization of their ideas.

The potential of professor Ogwang’s research and the various innovations and discoveries in this country need to be taken more seriously than the acquisition of government vehicles or even the budgeting for security, often blown out of the necessary, in this country.

Coronavirus by default has realigned our sense of development priority and the invention of Professor Ogwang, if it turns out to be the magic wand in the fight against COVID, should put Uganda in the trajectory of focused development.

We could begin with COVIDEX to announce our entry into the world of pharmaceutical development and industrialization.

If we let this opportunity elude us due to our usual incompetence, corruption, nepotism, segregation and outright ineptitude, even God will not forgive us the 77x 77 times!

In 2019, I again met professor Ogwang, after our school days in Tororo college, in Germany where he was receiving an award for another one of his many medicinal inventions, Artavol, the anti-malaria drug.

I wrote then, how he was being bombarded with various appointments and requests to have his drug produced in China and Germany. Despite the government through NDA having approved Artavol, it remained largely in the dark.

In his acceptance speech, he was shocked that it took AIDO, Iteso association in the diaspora with some Germans to recognize him. The said post I wrote then in 2019 warning of the government’s ignoring of Dr Ogwang recently went viral when I re-posted it after everyone in the country had known the reserved professor.

Remedies for sickle cell management, Diabetes management, immune booster, malaria prevention and treatment but have all remained anonymous because we seem to pay less attention to our herbal inventions yet there are a whole host of Germans and Americans understudying the herbal potential of this country and Doctor Ogwang.

Even before the outside world through the pharmaceutical industry or  WHO comes in for us, our usual petty jealousy and pull-him-down (PHD) syndrome has gotten into play in an attempt to wrestle the rights to the patent from the good professor.

Our usual small-mindedness, corruption, greed, segregation, nepotism, above all inferiority complex is certainly coming into play instead of us using the revelations of professor Ogwang to spur development in the pharmaceutical industry and manufacturing.

I pray that the president and his team look at the various inventions by the professor and other Ugandans to develop the herbal driven pharmaceutical industry in Uganda. If we fail, we should have no reason to blame God who has handed down a trillion-dollar opportunity to this banana republic.

For God and my country, long live professor Ogwang! 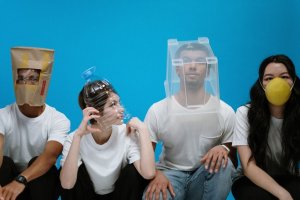 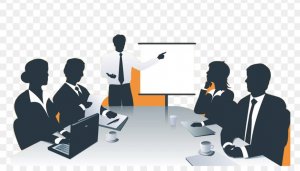 Your mandate on the board