Best of WhatsApp: The state of our politics

I agree entirely with Stella. It is also a testament to how Petty our politics is. I am not a Bobi wine supporter but

I agree entirely with Stella. It is also a testament to how Petty our politics is.

I am not a Bobi wine supporter but I have a deep respect for the man. While many hide behind social media and armchair theorizing, this young man actual moved from rhetoric to action. It is a rare trait which even M7 recognizes because he had the guts to do the exact same thing some 40 odd years ago

What does failing ‘O’ level maths have to do with anything? How many people, even on this forum passed mathematics with distinction? How many perused maths past O level? Does this make them stupid or incompetent?

I know a couple of PHDs that can solve complex academic problems but can not solve a simple everyday life problem. Back in school members were divided into 2 broad categories; those that had a knack for numbers and those that were better suited for stories and essays. In rare occasions, a student would surface with the ability to be in both groups effortlessly. Those ones were dubbed ‘geniuses’ by the rest of us one-sided mortals. I know many of these ‘geniuses’ who never managed a university degree eventually

I have quite a number of lawyer friends. These were guys who mainly excelled in the arts. At LDC I think they study a module somewhere that requires some basic understanding of accounts. I would see many of these guys running around trying to decipher the extraction of an income statement and a balance sheet from a very simple trial balance. Something that someone with an accounts technician’s certificate can do in their sleep. Does this mean that the certificate holder is more intelligent or competent than the lawyer? Not necessarily. There was an unspoken conclusion that lawyers were, in the majority of cases, not too good with numbers. How then do you explain that out of the 45 presidents America has had 28 have been lawyers. That a whopping 62%! and only one, Woodrow Wilson was a doctor. A PhD not medical.

Winnie Byanyima never tired of reminding us how M7 got a pass degree and how she graduated aeronautical engineering with distinction. Guess what though, the pass degree holder has ruled this country for 30 years plus yet she, with her medical doctor husband has failed to dislodge the man they regard their intellectual inferior for more than 20 years! So much for her distinction…

I had the honour and pleasure some years ago of meeting the late Mr Mulwana at his busunju farm. That experience left me thoroughly humbled and with a different outlook on many things. This ‘uneducated’ man was doing 8,000 litres of milk daily and his business operation had no rival in the country. Many Vets and other scholars could not do even a 10th of what this man had been able to accomplish

Education is, by all means, important and necessary. This fact is undeniable. But the ability to integrate, differentiate, understand trig and solve calculus does mean you are great at everything else. It was Einstein that said; if you judge a fish by its ability to climb a tree or a monkey by its ability to swim, it will live its entire life believing it is stupid.

Passing exams is a measure of one’s ability to memorize and replicate. Just like a photocopy machine. It does not necessarily imply an understanding of the concept. And it does not make the Cramer necessarily a critical thinker

We should judge people more by their works and achievements. The prove of the pudding is in the taste. Not in the story.

NB: Author unknown to me. 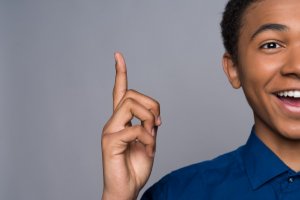 Are you a good role model to all folks in your circles? 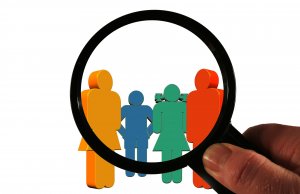 Few big customers or many small ones?