He is arguably one of the oldest serving governors. A day off at the office is noticed by all and sundry. That is how

He is arguably one of the oldest serving governors. A day off at the office is noticed by all and sundry. That is how Bank of Uganda governor, Prof. Emmanuel Tumusiime-Mutebile (“ETM” or “Mutebile”) has established himself at the central bank. However, recent happenings point to his possible exit. The issue at hand now is the timing? Will he be let go before the elections or after?

The governor’s contract will be expiring in January 2016. There are two options: it is renewed before the end of 2015 or the process of finding a replacement is commenced as soon as possible. If the appointing authority chooses not to renew his contract, who will replace him and when? Will they keep him to handle the 2016 elections and then let him go? Going he must. But when?

Keep in mind; this is not an ordinary man.

He has tried to ensure price stability and received several global accolades for balancing the economy and politics. That is not an easy feat. Does the challenge remain who can fit his shoes?

Mutebile’s joined BoU in January 2001. He was re-appointed for a second five-year term in January of 2006. In November 2010, he was reappointed for the third-year term – making him serve 15 years at the helm of Uganda’s banker of all banks. As the president seeks another term in office in 2016, will he reappoint ETM for the fourth term?

It is easy to see the incumbent’s achievements: his policies have been praised by all and sundry as spot on. The central bank’s primary role is to ensure price and economic stability.  For a long, he has managed to include the rough times of the 2006 and 2011 elections, where a lot of money is said to have circulated in the economy. Thanks to the Governor’s foresight, there was a removal of some “old” notes from the economy and things went level. 2016 is another test. Will he remain just to have this period through? At Summit Business, we don’t see the government bringing another Governor just as the 2016 elections pick momentum. If there are to be any changes, will come after the elections and the dust has settled. No one would want to bring a new governor or become a new governor at a time like this. Unless such a governor comes to only manage the 2016 election period and leave after. Here is to ETM’s name:

By April 2011, bank branches in Uganda were 400 and total commercial bank assets were valued at Ugx. 11 trillion and employing over 8,500 people. By November 2012, the branches had reached 500. However, the banking sector largely remains Kampala, with some districts like Lamwo, having no bank.

Reforms in the financial market

Bank of Uganda has focused on ensuring developed financial capital markets as a platform for the mobilization of equity for indigenous enterprises to support the economy.

In 20o8, BOU introduced a five-year Financial Markets Development Plan. This has seen some changes in the finance sector. The forex market, at present, has four participants: Bank of Uganda, inter-bank market, Forex Bureaus, and retail customers or end-users of forex services.

For a country that imports more than it exports and whose exports are mainly raw agricultural products, Mutebile deserves a pat on his back.In 2011 post the election time, the central bank managed to stabilize the economy following the inflation that followed the frenzied spending by politicians in the hunt for votes.

This achievement could not go unnoticed. In 2013, Mutebile was named best Africa’s Central Bank Governor of the Year thanks to his leadership in fostering price stability, a key factor that boosted investor confidence in Uganda’s economy. The award was given to him at an annual International Monetary Fund and World Bank Group meeting in Washington.

The award is given by The African Investor, an Investment and Business Leader Award 2013 to governors and institutions which have turned around their economies. Outstanding performance is not new to ETM, whose works at World Bank were rewarded with heavy send off and plague still hangs in his sitting room.

With these great milestones amid many challenges, a lot is expected from Mutebile’s successor. We need a governor who must ensure the independence of the Central Bank. How many professionals can withstand pressure from politicians and remain standing?

Prof. Bategeka, formerly with Economic Research Centre believes there are dozens of qualified Ugandans to take over from Mutebile.

‘‘Already names are flying around. These are qualified but I believe more Ugandans are out there,’’ he says.

Stephen Kaboyo, the Alpha Capital Market Boss, agrees but is quick to add; Mutebile has set high standards for the position of Central bank boss.

‘‘Mutebile’s performance makes him a giant in the region. He has outperformed on the key mandate. His shoes are too big. In case the appointment authority does not renew his contract, the successor must be the right person.’’ He says.

A senior official at the Ministry of Finance who preferred to remain anonymous says given where Mutebile has bought this economy, the appointing authority needs to be given time to ensure the right candidate is appointed for the top job.

“The position of Central Bank Governor needs someone who is qualified, high caliber, high integrity individual to match those of Mutebile, whilst, the economy risks going back to the dark days if the selection process is not given the attention it deserves.’’

He adds: the right candidate must be someone who has achieved something over the years. A candidate whose integrity is not questionable, someone whose management skills are beyond the ordinary – with the ability to manage such a big institution.

Analysts say, while there is a host of qualified Ugandans, the best candidate must be someone from within the bank – someone who has worked with the Governor, seen policies formulated reforms. Bringing someone from outside would need such a person to go through the learning curve.

Besides, the technical competence, the Job of Governor BoU is highly political. There are several other things to consider for the post of Governor. Someone must have a reputation of excellence and own conscience to face up to influence and remain to the bank strategy.

However, an official from the Bank of Uganda sounded a caution.

‘‘if we are to realize Vision 2040 and maybe become a regional economic powerhouse, issues of politics, religion, the regional balance should be ignored in the selection of next Governor.’’ His comment comes to the rumor that religion is likely to influence who becomes the next governor, especially Catholics Vs Protestants. The president has always downplayed this and preached national unity. It is also being rumored that a Muslim could this time take the day. It is said the current governor is said to have a say in selecting his successor. We are sure; we won’t allow someone who will destroy his legacy.

Mutebile’s tenure has had its challenges. Currently, the shilling is weak against the dollar. The worst is yet to come as we head into the likely intense 2016 elections. Remember the election 2011. There was reportedly a lot of printing of money not backed by production, and this left the economy in shambles: interest rates reached an all-time high of 30%, banks suffered high bad loans and saw the foreclosure of many small businesses. If the new governor is to continue, he must be able to balance this period. Otherwise, his legacy risks a sudden death.

Either way, the economy must move on with or without ETM. Unfortunately, the odds are not in his favor. If he presides over the 2016 elections, he might leave before the term ends as the resultant inflation will be too much to bear. He will allow the new person to shine as the public will then be yarning for a savior. If this is to happen, ETM must be willing to dance to the politicians’ music, which we see a risk too much for him to take. Why now? At his age, the legacy could be more important than attaining political favor. And that is what makes this leadership change unpredictable.

Just as the government did in the Ministry of Finance by replacing Hon. Maria Kiwanuka with a politician, arguably to handle the 2016 process, this strategy could be deployed at BoU. A politician could be appointed temporarily and after the term of the election or before it ends, he is changed.

This will one is a tough balancing act and let’s see the cards the appointing authority will show us at the end of the game.

Editors Note 2: ETM beat our analysis handsdown. However, some members of the public say his dying in office was selfish of him considering his age – 72. And his dying while in a foreign hospital made matters worse. The fact is, when you are Chairman and CEO of a central bank, you are more into strategy and policy and less on implementation monitoring. But again, what do we know?

Editor’s Note 1. This article is from our archives. It was first published on the summit insights in August 2015. We wrote it on the eve of the expiry of the Governor’s contract which was due to expire in January 2016. As you know, the contract was renewed until his passing on 22nd January 2022. May His Soul Rest in Eternal Peace. 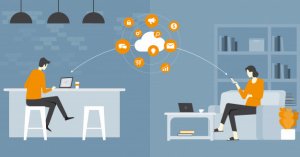 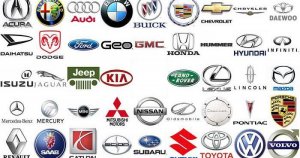 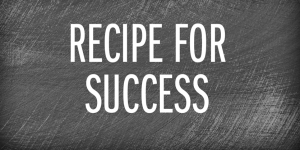 Top secret to triple your success in 2017