Can the CEO fire board members?

Short answer In many US companies, the CEO is also the Board Chairman. The person who signs on the appointment of board members is

In many US companies, the CEO is also the Board Chairman. The person who signs on the appointment of board members is the Board chairman. When the roles of CEO and Chairman are combined, it is correct to say the CEO appoints the Board. He who appoints can terminate the board members.

However, when the CEO and Chairman roles are not combined, like in most companies in Europe, the CEO may merely influence the termination of the board members but cannot terminate them easily. He has to ‘play politics’ to get the bad apples out.

Regardless of the respective model, a determined CEO can fire the Board members, one by one, depending on their joining and retirement dates on the board set in such a way for business continuity.

Simply, under the US model, there is no separation of power between the CEO and the Board. The backstops with the CEO, and therefore, the same person holds the role of Board Chair. Consider the case of Mark Zuckerberg at Facebook. The US model proponents say such provides quick decision making, board decision implementation fast turnaround times, and clarity of the chain of command.

The model has gained prominence in this 4th Industrial revolution and the rise of the “Unicons” or universal corporations powered by ecosystems, platform business models that are scalable and of global reach like Uber, Facebook, Amazon, Airbnb, Google, Whatsapp, etc where the customer is an indirect employee working day and night, spending on data to power the organization to win!

The collapse of big companies like Enron put this model in the spotlight. At the centre of the scandal was Kenneth Lee Lay, the CEO and Chairman of Enron. But this was seen as an exception since the US has so many large companies with a fused CEO and Board chairman roles and are doing great.

New money companies like Amazon, whose Jeffrey P. Bezos, is at the helm as CEO and Chairman go a long way to prove that when the roles are combined, companies win.

In this era of technology disruption, you don’t want to have CEO decisions first written in thick board packs to be reviewed by some folks at an Island who have to wait another quarter to meet to take decisions. With the roles fused, the CEO takes decisions after ‘testing’ some of them.

I am sure, the board just rubber stamps and collects their allowances.

The US model says, the democracy of separation of powers between the executive (Presidency) and the Senate in Washington. But dictatorship in New York. The CEO is a dictator and should be feared. Their word is final. That is why the CEO in the US is a very big man indeed. He is also the Chairman. For lack of a better example, it is like combining the roles of President of the US, with those of the Speaker and Judiciary head! Lots of time would be saved… that is what combining the CEO and Board chairman roles attain.

Europe is the birthplace of the combined code and a plethora of corporate governance codes and models.

Here, the roles of CEO and Board Chairman as separated. Hence the concept of “Separation of Powers.” The benefits of this are control mechanisms in place to prevail over the CEO. For this to be effective, the Board appoints the CEO.

You have three levels of ‘authority’ or chain of command.

Level 1: The majority shareholders – who appoint the Board members, headed by the Board Chair.

Level 2: The Board members, who appoint and supervise the Executive headed by the CEO.

Level 3: The CEO who heads the Executive Committee and implements board decisions, directives, and policies.

Separation of power means each level is independent in exercising its power without influence from the other level.

In that case, Level 3, the CEO cannot fire the Board members at Level 2.

Although I call it the African model, it is a model adopted by Family businesses even those that profess either the US or UK models. Here, the Founder or shareholder is a board member and also chief executive. It is common to find the children of the owner of the business, on the board, and in the management team.

Real and perceived power is at play. Even if the CEO is not a family member, they have the presence of mind to recognize the power the children have in the family business.

Even if the child is the mere staff, they can fire the CEO!

I hope I have tried to answer your difficult question.

You can read more of my articles at mustaphabm3.sg-host.com.

The board’s role in corporate governance 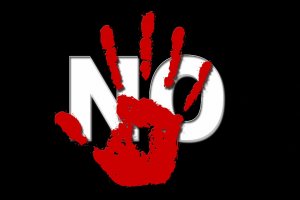 How to be rejected and win