The United Nation’s peacekeeping mission in South Sudan (UNMISS) has said more than 200 civilians have been killed and over 400 wounded in a main mosque in Southern Sudan. They also reported of massacres in a church, hospital and an abandoned UN World Food Program (WFP) compound.

Fighting broke out on 15th December 2013 between government forces and rebels loyal to the former vice president Riek Machar. President Salva Kiir accused Machar of plotting a coup. He denied the accusations, saying Kiir was purging political opponents within the SPLM ahead of elections in 2014. A cease fire was signed in January 2014 but fighting has been going on.

Rebel gunmen killed hundreds of civilians in the town of Bentiu. Kiir is from Dinka ethnic group while Machar is from Nuer. This young country is being pulled apart in what analysts fear may culminate into tribal tensions as happened in Rwanda in 1994.

The country is increasingly being polarized. There are many reports of human rights violations, racial killings and kidnapping. Business has been badly affected with many traders closing shop.

The country that had once shown success is slowly going into a state of blood.

We pray for our brothers and sisters in Southern Sudan to get peace soon.

Following Government’s planned move to ban the sale of unprocessed milk, many farmers are stranded with their raw milk. Most farmers are now selling the milk to villages at very low prices. A lot of it is being spoilt as most people in villages cannot afford milk on a daily basis.

Milk traders have closed all collection centers protesting the ban.

Bright Rwamirama, the State Minister for Agriculture said there is evidence that milk dealers use urine to preserve milk which is likely to spread diseases to consumers. However, these concerns seem to be unsubstantiated.

For long, Ugandans have taken milk in unprocessed form but there seems to be no direct link to diseases and taking unprocessed milk.

Edward Butera, a dairy farmer in Nakasongala said the price dropped down to Ugx. 400 from Ugx. 1,000. This has greatly reduced the earnings of dairy farmers.

The government should provide processing equipment before banning of unprocessed milk because most farmers cannot afford buy these machinery to process the milk.

Many farmers see this as government’s ploy to favor some heavy investors who have been complaining of low sales for their processed milk. As they say, milk is a self-preservation drink. If it is contaminated, it just ‘dies’ and therefore it won’t overflow when subjected heated.

It is unfortunate that technocrats are trying to impose processed milk on people. In fact, many people would prefer unprocessed milk for its neutrality, test and no smell compared to the processed one.

The scarce catch for silver fish commonly known as “mukene” has opened potential market for soya farmers. Aga Ssekalala says soya is a viable substitute for mukene. The Ugachick plant in Magigye processes soya as a protein substitute to the now scarce mukene. The soya is processed into chicken feeds rich in proteins. The poor fishing methods have resulted into decline in silver fish in most lakes. Soya contains 40 percent protein and 20 percent oil both of which are vital for human and animal diet. Soya has high quality proteins like lysine, which has the most important amino acids. Farmers can use this opportunity to increase on their earnings as chicken feeds from mukene contain sand and no longer preferable. However soya does well in low acidic loam soils.

The sacking has come rather late, but it is welcome.

David Moyes has been sacked as Manchester United manager after failing to qualify for champion’s league next season.

The Glazer family lost their patience with the former Everton boss after losing 2-0 to his old club on Sunday. Surely, there must be something wrong with Moyes. Beaten twice by the team he used to manage. And 13 points behind the 4th place, needed to qualify for the Champions league next season. Had Man U beaten Everton on Sunday, there would have been hopes for qualification.

Klopp, Simeone and Giggs are being looked at as the possible candidates to replace Moyes. Giggs has already been appointed a caretaker manager to the end of this season and will be in charge on the coming Saturday’s Old Trafford encounter with Norwich city.

Moye’s performance has been poor. And as I wrote in February 2014, Ferguson’s choice of the manager was not the best. How do you give US $1m to someone to manage if they have never even earned US $20,000? 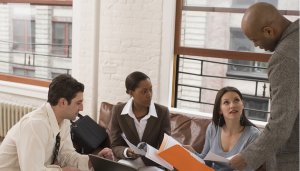 Is your board empowering you? 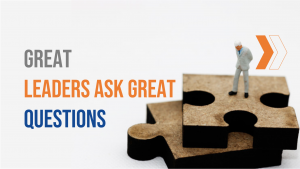 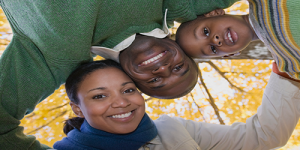