The events in this story happened eight years ago. But are firmly stuck in my mind. It is the story that explains why a

The events in this story happened eight years ago. But are firmly stuck in my mind. It is the story that explains why a profitable business could become loss making overnight.  Summit Business magazine lost advertising worth Ugx. 40m of stable monthly income over a single event and never recovered!  They say prison and hospital are man’s right of way. At one time of your life, you may find yourself entering those doors. Here is your opportunity to see inside police cells mentally so that you are well informed.

On 11th January 2011 at about 11:20 am, I received a phone call from someone who introduced himself as a client to be. He asked for directions to my office. “Where are you calling from Sir?” I asked. “I am here in front of Save The Children Offices in Kamwokya”, he replied. “What are you wearing”, I probed further to which he replied “a white T-shirt.” Ok, “look on your left, there is a storied building. Just come to the third floor”, I gave the directions.

Given the nature of our business, I am the one who usually visits clients. Somehow, I was alarmed. “This must be a strange client”, I told one of my staff and we laughed it off. And indeed, he turned out to be stranger than the Hunchback of Notre Dame!

Five minutes went by but he was nowhere to be seen. Worried that he could be lost, I moved out of office. There he was, a fat bellied man in a discolored white T-shirt accompanied by about 15 other men, all in plain clothes.  It did not occur to me immediately they were all detectives. “You must be my client to be. I am Mustapha Mugisa. How can I help you today”, I welcomed him with my usual firm handshake and smile. “We are detectives from Police. Take us to your office.” I led them to office and sat at my desk as they began to accost me with all manner of questions.

The following two hours are a blur in my memory: I was interrogated and made to make a statement. After that I was taken to CPS and finally locked up. It all happened so fast, I was stumped!

While still in office, one of the detectives displayed to me the enlarged cover of our October 2010 edition of Summit Business Review (SBR) magazine that had been pulled off one of the billboards around Kampala. “Do you know about this?” He asked in a high tone, to which I replied in the affirmative: “we are the publishers of SBR and I am the Managing Editor. I definitely know about that. We are the people who printed it and also contracted a company to display it around Kampala for purposes of advertising that particular issue.” Meanwhile I also asked one of my staff to bring a copy for each of the detectives.

Six of the officers sat around my desk as others dispersed around the office while taking photo shoots of whatever came in sight. “We are here with the Editor of the company which publishes the magazine”, I overheard one of the detectives speak on phone as another introduced himself as Otto and asked to record my statement. “What is the case for which you need my statement?” I asked. “Your publication of the caricature of the President has caused chaos to the public. It is being used by the opposition to discredit government.” Pointing at the caricature he said: “Tell us what this means according to you.” It shows, “the President blowing a candle and about to cut a cake to celebrate our country’s 48th independence anniversary. It also highlights the achievements we have made in education, health and security among others.” And what does: “Uganda at 48. Museveni at 24. Where next?” mean? He probed further. “Uganda at 48 years of independence from British rule and Museveni at 24 years as President of Uganda. So we want our readers to make a wish as to ‘where next’ our country should be in the key areas of roads, health, economy, security, transparency, development and education”, I said. This is the same message highlighted in the accompanying article, I added.

It was clear my answers were not pleasing the officer. “Do you know that we know this caricature does not mean what you’ve just told us?”, he shot back? No sir. “I cannot control your or every other person’s interpretation of this. This magazine is meant for the middle and upper class executive. I know our intended readers would interpret this just as I have told you.

SBR is not a political magazine, and that caricature should be interpreted in that context”, I told him. He kept on writing. Each statement led to another. After the statement, I was told “our boss also wants to have a chat with you at CPS”.  “We will also need that laptop. You are going to carry it with you.” Considering the size of the delegation that had come, I opted to do as asked.  I could not imagine being dragged out of office. I called my wife (off on maternity leave) about my dilemma. She told me “there is nothing wrong with that caricature, so do not worry.” I also SMS’ed my co-director about the questioning – this is serious, these guys are taking me to CPS.  “Don’t worry. I will come after my meeting”, he replied.

At the CPS, I was led into room 44 and kept in suspense for about 20 minutes as one of the officers made some phone calls. Another moved out with my file, and I began to feel scared. It was quiet, lonely and scary. In the meantime I made a SOS call to my Chairman, and SBR co-director, Dr. Samuel Sejjaaka. I also phoned my brother who quickly contacted our lawyer. Immediately after the lawyer had arrived, the message that I had dreaded came like a bang, as the potbellied one gravely intoned: “Your client is under arrest and we are going to detain him. Afande, confiscate the laptop and take Mustapha downstairs and lock him up”, he ordered one of his colleagues as I was whisked to the dungeon.

That is the last time I made contact until my release.

In no time, I was paraded before a rude lady police officer who ordered me to “take off your shoes and all values” – whatever that meant. “What about my glasses?”, I enquired. “I said handover everything. Do you know you are under arrest and accordingly you have no privileges whatsoever?” she asked again as she appeared to grow impatient. “What about my wedding ring?” I asked. “Do you know it may be used by other inmates to kill or harm you?” she shot back again. Now I was dead scared. Thank God I was ion good health because my pressure would have shot through the roof and I would have collapsed! I was shaking like a leaf in the wind! This being my first time in jail, I became very confused and started worrying for my life. Many questions ran through my mind as I was led into the dark dungeon which was dimly lit despite it being just past noon. The stench was also ominous, portending more evil lurking in there.

My jailor opened the metal grilled door and I was gently pushed inside. The door closed behind me, just as suddenly and I was on my own among the other suspects incarcerated in the pit. I was now behind bars and that was my new reality. Slowly I turned around and moved closer to the jail door. Raised my hands and held on to the vertical iron bars in the door. I looked at the small light leading out of the jail and quietly said goodbye freedom. I turned around, peered into the dark stairs and slowly moved down into the cells that became darker with each step as I moved forward.

It had come to this! Every person experiences a high and low point in his or her life. My lowest point had come in unexpected ways. Why would a person wish another jail over such a frivolous issue? Well, I hope the world will understand this, I thought to myself. I was suddenly pulled away from my deep thoughts by one, dark brawny looking ‘Gaddafi’, the so called RP or jail leader. “Pesa iko wapi? Pesa, pesa, pesa…” He murmured in a very low tone as he thoroughly searched me for any valuables.

I must admit that I was helpless as he disgustingly run his hands all over me. In my broken Swahili I said to him “usijali nitakupa pesa, mara wao kuja ziara yangu…” He said ok, 10k. I said yes. He gave me where to sit and I started contemplating my life in jail. The first time is always bad. Here I was being humiliated in jail for not having 10,000. Yet, I had just surrendered my valuables including money to a lady police officer. Well… money is money. Always have something on you, wherever you go.

After about 20 minutes in the cell, a lawyer friend came to see me. I asked him for Ugx. 10,000 to enable buy my security in jail. He gave it to me and I went in and handed it over. Gadaffi appeared to be very pleased, and it was evident from his gleeful face that he had more mass in the muscle department than between his ears. True to his word, he organized for me a mattress and I started to fit in. After a short while, my sisters and brothers also brought me lunch. They also gave me more money. My fear began to subside as I was now sure my family and friends were aware of my predicament. I had a place to sleep and I had bought the peace – at least for now. I sat down quietly and awaited my fate. Within another 20 minutes, my co-director and Chairman, Dr. Samuel Sejjaaka also was brought in. Given his confidence and stature, he was not subjected to the kind of welcome I had received. In fact, Gaddafi welcomed him and gave him a tour  around the ‘Sheraton’ quarters and the other facilities. After a while, he came to sit with me and he burst into laughter on seeing my worried scowl. “Don’t worry Mustapha”, he teased, “You are now in the University of Understanding. It is not as bad as I imagined and they won’t eat us up if we can pay protection money.”

And so we whiled away the time chatting about how we had found ourselves in the belly of the beast. In between, our discussion was interrupted by visits from a relative and lawyers. It appeared that the policemen had a certain awed respect for these learned men.  At about 7 pm, our names were called and out we returned to the infamous room 44 where we were granted police bond.

We want to thank our families, friends and legal team for securing our freedom. We have received several phone callers from well-wishers, the British Broadcasting Corporation (BBC) and the Committee to Protect Journalists (CPJ). To all of these we are truly grateful and feel that we are part of a family. We continue to report to the Criminal Investigations Department (CID) on a daily basis but we can live with that. With time, the truth behind this fiasco will out itself. For God and my Country – Mustapha Barnabas Mugisa

NB: Do you have any experience with the law? Why not share it below in our comments? 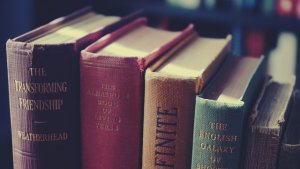 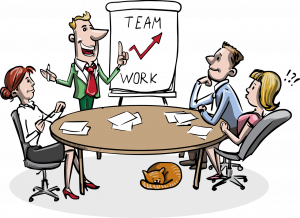 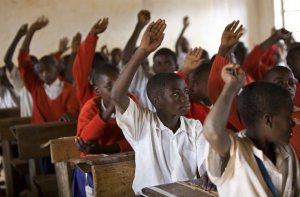