Do you fulfill your promises? The story of Abraham Lincoln

A (Wo)man and man is as good as their word. They say do not give promises you cannot fulfill. Sometimes in the heat of

A (Wo)man and man is as good as their word. They say do not give promises you cannot fulfill. Sometimes in the heat of the excitement, people throw out promises freely only to become prisoners of the same.

“A story is told about Abraham Lincoln that he never indulged in drinking alcohol of any type. Let alone testing it. It is said that once the President was offered a drink by one of the Military Colonels in the US Army. Lincoln turned down the offer, saying that “when his mother was on her deathbed, she had summoned him as a nine-year-old boy and asked for his promise that he would never take a drink or smoke.” Lincoln then said, “I promised my mother that I never would, and up to this hour, I’ve kept this promise! Would you advise me to break that promise?” The Colonel is said to have replied, “No, Mr. Lincoln, I wouldn’t have you do it for the world. It was one of the best promises you ever made. I would give a thousand dollars today if I had made my mother a promise like that and had kept it, as you have done.”

That is the power of a promise. Great people keep promises.

Many times, people make promises without thinking twice about fulfilling them. I have seen people promise to contribute money to a cause, only to fail to show up. During my wedding, I had someone promise to give me a decent contribution. I planned with that promise in mind. I had some expenses set aside hoping to settle them upon receipt of the promised money.

The promise was never fulfilled. It affected my planning terribly. But I also learned to plan within my means, with the money on the bank account and in cash and not the one other has promised.

To keep promises, start by acknowledging them so that you are committed. You can acknowledge the promises by writing them down and looking at them daily. Effectively, any promise you make becomes a debt and must be settled. Be clear to set timelines when you plan to fulfill the promises. The other party expects you to deliver on your promise so do not disappoint.

Follow through with the promise. Be honest and frank. Keep the other party in the know especially if you are having difficulties keeping the promises. It is ok to explain how it is difficult to fulfil the promise due to changed circumstances or new developments and ask for forgiveness! Yes. Remember, the promise is a debt. And it must be settled unless forgiven by the other party. Before you give up, ask for support. Let your friends know about your commitments and ask for their hand to fulfill them.

You are as good as your word. Delivering what you promise is a special quality. Be deliberate about it. Do not promise what you cannot afford to deliver.

Just as God promised sending the saviour and fulfilled it, you too fulfil the promises you make. You may not be God to make very big promises like sending a saviour. But you have the wisdom to promise what is within your means. When you do, keep it.

Wish you a lovely Sunday.

The best of WhatsApp TAKE CARE OF YOURSELF 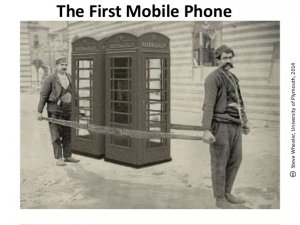 The power of investing in research and development 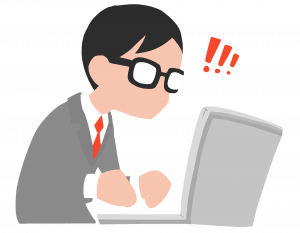 How to deal with sudden, the unexpected and abrupt shock or surprise.