Suddenly, a loud bang in the bonnet swept through inside the car. The steering wheel became very hard to maneuver like that of a

Suddenly, a loud bang in the bonnet swept through inside the car. The steering wheel became very hard to maneuver like that of a car whose Engine is off. Keep in mind I was cruising at 110km/hr, on the wheels behind the Subaru Impreza WRX STi Sport. I gathered all my energy and tried to keep the light car, now very hard car on the road. And finally it came to a stop.

I am grateful I got out intact.

Have you ever had a close call with death? It is times like these we reflect and appreciate the gift of life. Mine has been a narrow escape. I think someone other than me indeed drove the car.

I got a call from a prospect to keynote at their strategy retreat. Specifically, error on motivating the team on turnaround strategies into an efficient and effective enterprise.

My slot was scheduled today at 9:00am. So, I was advised to be in Entebbe by 8:30am. The venue being Entebbe, I planned to set off at 7:00am sharp. For any distance of more than 10 kms off the central business district, CBD, I move with a colleague or two in the car. That is from experience. Anything may happen along the way. Another hand comes in handy.

We hit the road from Ntinda at 7:00amon the dot. After a kilometer or so, I ask my colleague in the co-driver’s seat to say a prayer for journey mercies, Which he did. We then turned on Raggae (Lucky Dube) music and drove on.

Entebbe road can be funny with snail speed, anaconda like long traffic jam, bumper to bumper, regardless the section of the road and time of the day. However, I reasoned that the two hours provision would suffice.

Mistake number one, I drove directly, against instinct, to the Spear motors roundabout. It is common for the traffic officers at this junction to hold the cars from Ntinda joining on the main Jinja road for more than 4o minutes.  And that is what they did today. Time was going. I was not moving.

Finally, we were released. I pumped the Subaru. It responded. I pumped it, it responded further. I was smiling internally, great to have a car that responds to the driver’s wishes. Time check 8:40 a.m.  I was just entering Katwe. I knew I have blown my first impressions with the client.

I always tell my colleagues and friends in my private mentorship program that time keeping is critical for first impressions as well as business networking. Being at the venue before the event and staying long after the event, gives you opportunity to network, interact with who is who at the organization as well as gain critical insights about the business. This informs your talk. I was running late by an hour — too bad since this was my first engagement.

Once we got past Kajjansi, opportunities for overtaking started appearing. I maneuvered.

Just after the first corner, heading to Kawuku trading centre, the unexpected happened.

Suddenly, a loud bang in the bonnet swept through inside the car. The steering wheel became very hard to maneuver like that of a car whose Engine is off. I looked at the dashboard, and only the battery icon, was showing. I had read the manual that if that light comes on while driving, just stop.

Keep in mind I was cruising Subaru Impreza WRX STi Sport at 110km/hr. I stepped on the breaks. The car behind me was running faster. I had to stop breaking. The steering was very heavy and I was heading into a sharp corner, with many shops. I gathered all my energy and tried to keep the now very hard car on the road. Thankfully, finally it came to a stop.

I am grateful we got out intact. Death can happen so fast!

I was so scared. Still in disbelief how quickly the accident had happened. Within a second so many things had happened. I opened the car bonnet. I got out of the car and ran directly to the convenient rooms, shouting: “any car mechanic around?” An old man, clearly drunk, replied, “I am the mechanic.” I left him moving towards the car’s bonnet.

“The timing belt broke. You people are lucky. You would now be meat… Also you have no oil”, the old man explained. I took a picture of the engine, and indeed, a cable that connects the engine parts was broken beyond repair.

I looked for a special hire. He drove me safely to the venue. I was there at 9:30am sharp. They had delayed to start. So I was in time.

I thank God that we survived.

I got some few lessons:

(a) Stop driving fast. It is not worth it. I was running at 110km/hr. However, after the accident, I spent a lot of time waiting for a special hire. And then I was still in time for my meeting!

(b) Prayer works. I am sure I was not the person who drove the car from the point I had a loud bang, seeing a battery indicator on the dashboard up to stopping. The engine was off. The car was very heavy. It was not easy negotiating the corner and then stopping.

(c) Allow a lot of time to travel. Being too early is better than arriving late or driving irresponsibly. 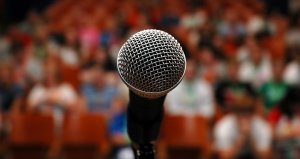 Building Resilient Businesses: Understanding how the smallest and most negligible risks can become the biggest disaster 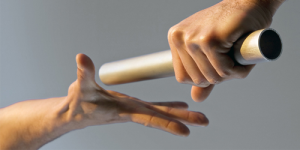 Succession planning: easy to say, tough to do 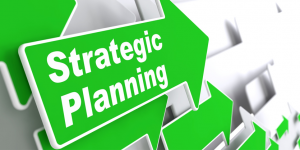 Planning to succeed daily. A Q&A with Mustapha