The Ministry of Information and National Guidance Hon. Rose Namayanja Nsereko, issued a directive during the national broadcasting forum held at the Imperial Royale

The Ministry of Information and National Guidance Hon. Rose Namayanja Nsereko, issued a directive during the national broadcasting forum held at the Imperial Royale Hotel, Kampala on March 18, 2014 requiring thus:

To that effect, Uganda Communications Commission (UCC) has run a quarter page public notice in The New Vision of 7th April 2014 (see front photo) requiring all Radio and TV stations to identify the specific hour of the week they have designated for government programs and communicate to UCC not later than Tuesday April 8, 2014.

It is unfortunate that UCC has failed to advise the Ministry well on this. It just sets a bad precedence. It is a classic case of government interference in other people’s business.

The above directive is likely to cause a lot of doubt by the business community on the ability of Government to meet her running costs and if allowed to go ahead, it will set a very bad precedence.

The move is likely to cause a high political risk assessment of Uganda by both local and international investors. It is going to be unpopular directive with potential to send away investors.

In fact, government should consider diverting the money currently being spent in promoting foreign direct investment (FDI) to Uganda to paying for the one hour needed from Radio and TV stations to reduce bad publicity this directive is going to create.

Let’s wait for the business community’s response especially from Enterprise Uganda, Uganda Manufacturers Association (UMA), Uganda Investment Authority (UIA), etc. We expect a public statement against the move as it will have a long term negative impact on the economy and doing business in Uganda.

This is government intervention of the highest order.

Is it CSR? How will the TV and Radio stations record this?

What assurance does the business community have that such a directive won’t extend to newspapers, magazines, telecom companies, utility companies, shops, supermarkets, petrol stations, real estates, Hotels, and a plethora of all businesses in Uganda.

UCC has a responsibility of advising the Hon. Minister in charge of National Guidance that Radio and TV stations already pay licenses and taxes. They are not government institution. They are private business driven by profits. They have loans and a plethora of other obligations to meet. And have no obligation whatsoever, to offer their stock in trade –airtime – to government. 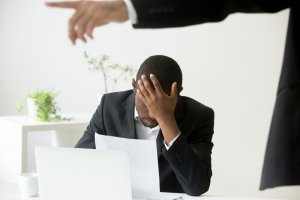 How can I fire my business partner?