George Floyd: the unfortunate death in a land of the free

The increasing instances of unfortunate death especially of black Americans is of concern to us all who harbor the American dream. The land of

The increasing instances of unfortunate death especially of black Americans is of concern to us all who harbor the American dream. The land of opportunities is slowly becoming the headquarters of racism, danger, and early death. It is increasingly difficult to be safe and free in America. A spate of mass shootings at innocent school children on one hand, and increasing police murders, is worrisome.

The case of George Floyd who was murdered in helpless groans is very unfortunate.

Imagine being handcuffed, with your stomach lying on the ground, with four police officers just looking. Do not imagine. This is what exactly happened to an American citizen, George Floyd.  It is difficult to watch the video of the murder of George Floyd to the end. If you do, it is difficult to hold tears or continue breathing normally. That incident captured on video that happened on 25th May 2020, shall forever remain in our memory for many years to come. And George Floyd’s death shall become the face of activism against racial injustices and police indifference to African Americans and all of us Africans who visit America for studies, business and otherwise.

In the video, a white policeman is seen pinning George Floyd, 46 years,  face down with the knee on the neck-point, with maximum pressure being applied on the nape (back of the neck), down to the throat, as the helpless Floyd, gasps for breath interrupted by begs for mercy with his hands handcuffed! Another officer is seen looking on in total support of the torture which ultimately becomes murder.

“I can’t breath. Please let me stand. He repeatedly said, as his tormentors – a Minneapolis Police Officer – continued to squeeze life out of him, worse than a butcher squeezes a chicken before beheading it…” He did this to an innocent man, who had not commited any crime, nor showed any signs of being dangerous in full view of other officers who seemed to enjoy the kill as if it was another exercise drill. One wonders what happens during the night time!

America must know that it is America and therefore it is held in high regard as pace setters globally. Cases like these give a bad image of America. If merciless death continues to happen in America, without justice, then America loses the moral authority to preach human rights globally. The world looks to America for leadership. And now they have an opportunity to demonstrate that leadership by holding the responsible officers to account for their actions.

Many questions must be answered:

How can someone in a police uniform responsible for protecting life and property be that heartless to the point of causing death to a helpless soul, who is already subdued by handcuffs?

At what point do the police officer handcuff a suspect? How can someone continue pining a suspect, facedown, on a slightly raised ground in a deliberate attempt to cause maximum torture to the victim, as if it is a training routine? Would such police officers do the same thing if the suspect was white?

Is America still a land of the free?

The world demands justice for George Floyd. Black lives do matter and America cannot be great without values. Justice and equality must be served. The officers should be arrested and arraigned in the courts of law to answer for the crime of murder.

America, specifically, the American police should not allow the actions of its few officers to taint its image. America cannot be complete without black Americans. Nor can it be complete without other races. Everyone must be subjected to the same laws and treated equally without favor. We know every people die all over the world due to state brutality and injustices, as meted on Floyd. But America is different. It is the world’s policeman, and accordingly, such injustices cannot be accepted in America. The culprits must be brought to book.

That is my prayer.

America has always been a dream place for many of us here in Uganda, and Africa at large and other developing countries. We know America as a land of the free, where dreams become reality. People envy anyone who gets the chance of a lifetime and lands that elusive American visa, as they are seen to have got a lifetime ticket to career and business success.

America is the land of the best Universities. The top companies. It is the place where the best of the best in the world go to extend the boundaries of science. America is a place of happiness and total bliss or at least that is what we have been made to believe. It is where people’s dreams come true if they act on them regardless of background, race, or family.  It is a place of many millionaires. The land of the greenback. The center of research and development. The entertainment capital of the world.

We grew watching CNN and BBC. We watched in awe of the great achievements by America in the conquest of space by that historic first moon landing.  We know America has the top academicians, business people, and is a global center for trade and commerce. In America, you can become an overnight celebrity and start living large. We continue to dream about America’s great universities, fantastic healthcare, the freeness to dream, and the opportunities that await to all regardless of race or background. The fact is, anyone who goes through the top American Universities succeeds wherever they go thereafter. That is what American ‘soft power’ means. Just attending a short course at Harvard Business School, makes some leaders grow wings when they come back home!

But the narrative of a free world is starting to change.  Success without values is meaningless. The continued merciless killings of black Americans is a cause for concern not only for blacks in America but for all peace-loving people globally. The dark past of racism continues to rear its ugly head, and this is a dark spot that must be confronted if America is to continue its already big influence and leadership in the global economy.

Social media is a powerful weapon against injustice

America gave the world social media, and the internet revolution, but the same innovation is disrupting how the world views America. Thanks to the availability of quality mobile phones, which are used to record videos and take photos and share live, any injustice can now easily be reported to the world verbatim. It is no longer easy to censor or moderate content to show a different picture than the reality on the ground. Social media has become a powerful tool for change as it highlights the injustices around the world as they happen.

May the soul of George Floyd Rest in Peace. 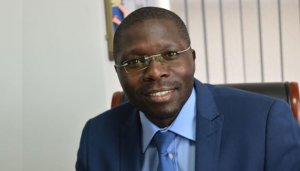 From whatsapp: End the Lockdown! 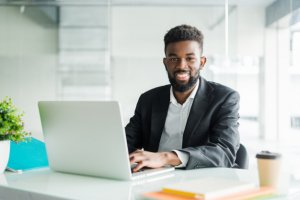 The power of negative attitude