How can mainstream media like Newspapers survive amid social media?

CNN and other televisions had to re-invent. They embraced social media and digital publishing, as well as leveraging from their news anchors and other celebrities

The internet changed the media landscape, just as it has changed all businesses.

Traditional media houses like daily newspapers, televisions, and radios, find themselves struggling to survive. You cannot keep the old business model and win in this dynamic environment. The traditional business model was to drive advertisement, subscription, and road sales revenues. However today, by the time the newspaper is on the street, people have already read the news.

This means mere news reporting is not enough. Newspapers must invest in deeper analysis and investigative journalism. To tell the insights behind the news. In the past, people would buy a newspaper to know the details of the presidential address. Today, by the time the newspaper is published, everyone has a copy of the President’s speech on their smartphone. The only driver to buy a newspaper, therefore, is to read analysis and insights, not in the paper – the why of the presidential directives, and what next? To date, people are waiting for analysis of the impact of the covid19 on the Ugandan economy, East African economy, and the African economy at large? And what are the ideal proposals to stimulate the economy? Until newspapers, radio and TVs start providing such content that goes far beyond mere news, subscription numbers shall continue to fall.

Take a case of Cable News Network (CNN), which was founded by Tina Turner way back in the 1980s with a business promise of breaking the news. CNN set up to be the first television to break top news. It delivered on this promise and made money doing it. Thanks to the popular and intense political season in the US, the television introduced live broadcasting of political debates. It was a hit.

As the television’s ‘eyeballs’ skyrocketed, so was its ranking. On television, having so many people glued on the television watching a channel is called eyeballs. More viewership means more advertisement revenue. Companies like fast-moving consumer goods (FMCG) like soft drinks and telecoms, want to create brand presence and love television.

For long, CNN relied on the simple model to be the first to break the news and offer quality documentaries and panelists. This worked well until 2010 when the world web 3.0 became a reality. With social media, powerful mobile devices and gadgets, and fast internet connection speeds, many things that made CNN succeed, just like other popular news networks and media houses, started becoming irrelevant.

You have someone with a smartphone, recording a live event, and posting it on their social media. As social networks invested in more technology, they empowered users to deliver live feeds and broadcast news as they happened.

Any person with a phone connected to the Internet can provide a live feed to any news event, including those people at the front lines during the war. Because it is video coverage, people believe it. In the past, news updates without video would be labeled fake news. Not anymore.

CNN and other televisions had to re-invent.

They embraced social media and digital publishing, as well as leveraging from their news anchors and other celebrities to increase their social media presence and following. And that was not enough.

As platform business becomes ‘normal’, we are seeing people opting for more refined and high-quality content. Businesses like Netflix are succeeding due to providing high-quality video content. This is popular despite the presence of so many homemade private videos uploaded on YouTube, Vimeo, etc…  We see a future of television companies investing in creating original content of global appeal.

And companies based in the US, and Europe, the capitals of global multimedia, technology, and show business, winning.

Times are changing. Covid19 has fast-tracked the change! 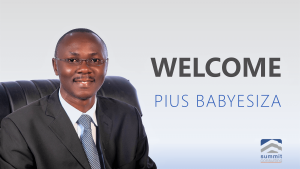 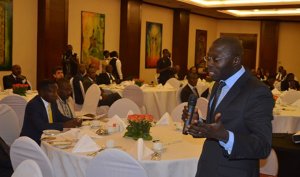