How did the big four happen?

You have probably heard about the big 4, right? But how did they happen? Why not the big eight, six or ten? There is

You have probably heard about the big 4, right? But how did they happen? Why not the big eight, six or ten?

There is power in marriage. During the 1980s the formerly big eight firms merged to create powerful few firms. The 19th century was one of the partnerships.

Countries and corporates were merging and collaborating on a large scale. It is in the same century we had many countries forming economic treaties, unions and common trading blocks.

In 1986 Peat Marwick and KMG came together to create KPMG.

Three years later, in 1989 Ernst & Whinney and Arthur Young combined to become Ernst & Young, today called just “EY”, a firm I am proud to have worked during the formative years of my career. I owe a lot of my insights to EY.

Also, in 1989, Deloitte Haskins & Sells combined with Touche Ross to form Deloitte & Touche, which today goes by the name “Deloitte.”

The latter two were mega-mergers. The previously Big Eight, now became the Big Six. It was reported that “Five years earlier, Deloitte Haskins & Sells had come close to a merger with Price Waterhouse, however, this was rejected.”

The book, The Big Four, states “in 1989 Price Waterhouse again found itself in merger talks, this time with Arthur Andersen, the raging upstart founded by a former Price Waterhouse employee. Those talks also failed; Price Waterhouse would have to wait another nine years before finally consummating a union – with Coopers & Lybrand, thereby forming PricewaterhouseCoopers and reducing the Big Six to five. Soon after, Ernst & Young and KPMG flirted but did not reach third base.”

But it was set to become the big four anyways.

Arthur Andersen’s spectacular exit of the market in 2002, following the scandals involving Enron, WorldCom and Waste Management, left the market to the remaining four firms which became instantly referred to as the Big Four.

This is how the auditing and management consulting market was formed. Globally, the big four have become so big that they are not captive even of government as the biggest advisor to government, over 95% of all fortune companies and all big companies. It is of recent that former consultants at such firms who exit and go on to find their own consulting firms that they leverage from prior experiences and contacts to gain market share!

Mergers in the 1980s created the big four and global superpowers. However, we see increasing incidents of divorce and exits from Unions and partnerships. In the US, some states are considering breaking away from the Union. In Europe, Britain exited the Union. And in Africa, all effort at collaboration has remained on the lips.

The reality on the ground is that countries are closing their borders. And working hard to create kings in small villages.

What lessons can we learn from the success of the big four? 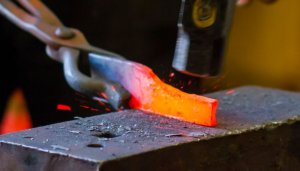 Hit the iron while it is still hot 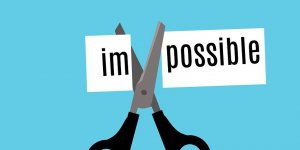