Is the employer fair on Jane?

WAS JANE WRONG TO REQUEST FOR A PROMOTION? She is called the focused one. Jane is not only brilliant; she is focused on her

WAS JANE WRONG TO REQUEST FOR A PROMOTION?

She is called the focused one. Jane is not only brilliant; she is focused on her career. She previously worked as a personal assistant to the executive director at an insurance company for five years.  She was a ‘hit’, in CEO speak.

SHE LOVED THE ROLE

What she lacked in a paycheck, she got in terms of unlimited powers to send away people from meeting her boss, the CEO. When someone’s title is CEO, in a company boasting over 20,000 customers, many people want to have a one on one with the top honcho. This means, the CEO must find someone with the skin to say no to people – including ‘friends of the CEO’, even while they are smiling.

Download PDF Copy: WAS JANE WRONG TO REQUEST FOR A PROMOTION

CEO is not in. Are you on an appointment? If not, here is my email, send in your appointment request. Make sure you indicate the business you would like to discuss.”

She knows she has no time to reply to all the emails. Let alone read them! The company legend has it that, when Jane does not want you to meet the CEO, she asks you to send an email!

For some reason, the CEO was transferred out of the country. The new CEO came along with own personal assistant. Jane was transferred to HR, just to accommodate her. You know corporate politics.

And that is where jobs become boring.

From up there, with too much power, to down here, with almost no powers. As the CEO’s gatekeeper, so many people are always begging for an appointment.  One can easily make friends and enemies alike. Who hates power? It may not be professional, but the CEO’s gatekeeper can say no to many people without any repercussions.  The company could miss a good proposal, but who cares… especially when the company is big, and no one will ever notice!

Anyhow, in HR, Jane was not in her element. She is used to be around powerful corporate leaders. She was back on the market, looking for an opening.

After four months, the opportunity presented itself.

Personal assistant to the CEO, on the board matters for a government parastatal! She could not sleep after reading the advert. She made her mind that the job was hers. It is what she has been praying for. She Read. Dreamt. And basically, besieged herself with the job opening that she also did the leg work to secure it.

When you have the stated minimum requirements, you are closer to the opportunity than you think. Jane had experience being around CEOs. She sometimes acted as an advance force –if the CEO was visiting a restaurant, Jane would move earlier to study the environment and update the boss. You know – the boss should not come too early or too late. And the boss needs to be ‘protected’ in case the venue is not suitable. And so on. Using this experience, she approached the recruiter and spoke to HR (can you imagine this too much confidence), and the current PA to the CEO.

Heck, she even requested to greet the CEO, which she did and used the opportunity to talk about her experience with the former insurance top honcho, who was well known to this CEO. With that common ground established, she did her informal interview. Imagine the request by the CEO for the new phone number of the insurance CEO, from her. She had it and this closed the deal. The other CEO said she is the right person for the job.

As other people were submitting their CVs, going through aptitude and all that time wasters, she had got her slot. She did it to comply with the process. The letter of offer finally came, which was no surprise. She now had her dream job.

The only person that keeps the CEO up at night is the board chairman. And any upcoming board meeting is given a priority. The board supervises the executive, which the CEO heads, so the CEO needs support to ‘look after the board.’

To reduce workload and make the process easy, the CEO created a new role – PA for board affairs. This PA specific role is to obtain board papers from all department heads, summarize them into board papers. And make board packs.

There was another challenge. The head of legal is the official company secretary. And in that role, must be present in all board meetings to take minutes. But with the PA for board affairs now in the house, the ‘Board Secretary’ asked her to be present to take board minutes as well. The real Secretary to the Board work was to review, print out and sign.

She nodded to confirm the understanding of the instructions.

She does strategic work. But earns far less than the Company Secretary, yet she does most of the work. The only difference is that the real Company Secretary is a lawyer and she is not. Meaning that she lacks the minimum required qualifications for the role. But she is an MBA holder. To make matters sweeter, she hears in the corridors of the impending resignation by the Incumbent Company Secretary for green pastures. She gets better ideas – what if I aim for this role?

While lamenting about her career misfortune to a friend, she gets advised.

“The laws provide that anyone who is a Certified Public Accountant or an Advocate of the High Court of Uganda, can practice as corporate secretary.”

Since you are an MBA, and you did complete ACCA, you can just go to the Institute of Accountants, and become a CPA! That qualifies you for the role of Secretary.

The focused one sees hope. Within the next six months, she writes the papers for CPA and becomes a certified public accountant.  As the Company Secretary completes the notice period, Jane has all it takes to take over.

She informs the CEO and HR, about her achievements. She explains that for the past two years she has been taking the board minutes, as well as managing the board affairs so well that the boss, the CEO, has always evaluated her performance as exceptional.

However, upon this revelation, she is ‘promoted’ to the HR department as Manager Training, in the HR department. Though this role is at a higher level than that of PA to CEO, in the structure, it is a demotion of sorts due to low action involved and exposure at strategic levels. The role is also far below that of the Company Secretary Jane was aiming at. In the company, the training budget is managed by the respective departmental heads. The Manager Training work is to assess the staff training needs and help specify the topics and the training schedule for minimal disruptions to work. Finance handles the identification of trainers and the respective department head, approves the budget. HR work is, in simple terms, “paper carrying role”, in this context.

In that role, work is predictable. You must support departments with training new hires, onboarding, as well as champion team building activities. It is like a driver of a car being told to park for a month. That means no road trips. She is visibly disturbed.

If you are in Jane’s shoes, what would you do upon receipt of this ‘promotion.’ Do you accept it or reject the promotion? It is clear the CEO has eyes on another person for the role of Company Secretary and not Jane.

Jane remembers the casual comment by the CEO on why Jane should stay in her role as PA, board affairs or take on the HR role, that “some people are in jobs for public relations, others are to do the work.” Thinking critically about it she realizes that her role is to do work for others who are there just for connections of the CEO to the big offices. Welcome to corporate politics.

Was Jane wrong to request for a promotion?

Download PDF Copy: WAS JANE WRONG TO REQUEST FOR A PROMOTION 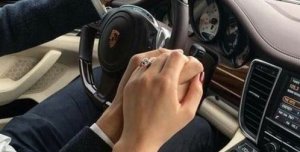 Money and sex in marriage: How to enjoy the two 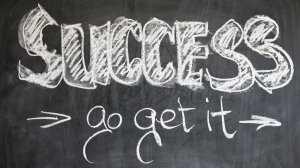 Starting with a bigger picture 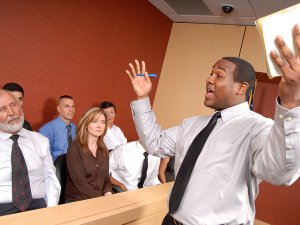 What is your strategy?