Is Uganda Cranes’ choice of Airtel the best?

Great leaders don’t take decisions based on financial reasons alone. They consider several factors and options. The choice of Airtel over MTN, as the

The choice of Airtel over MTN, as the Cranes sponsor by the Federation of Uganda Football Association (FUFA), is likely to be one of the worst decisions for the national team. It is so disappointing to have leaders taking decisions without having put the issues at hand into perspective.

1. Aggressive marketing – a great sports sponsor not only promotes, mobilizes. MTN did it!

MTN U made the Uganda Cranes brand visible throughout the country through aggressive promotion and consistent marketing campaign of all major upcoming matches and international involvements. MTN U has consistently walked the journey with Uganda Cranes through thick and thin, even when they have attained poor results on the pitch in major games.

If recent performances by the Uganda Cranes are to go by, it has not been a very good partner. They dropped out of the AFCON and of course the World Cup qualifications and a ‘joking way’. Any corporate sponsor needs a team that can improve their brand equity and international exposure. That comes when the team being sponsored wins major games and progress beyond regional errands.

Not for Uganda Cranes.

The poor performance on the pitch has never stopped MTN U from advertising major fixtures or upcoming games as well as mobilizing Ugandans. MTN has always done this by advertising Uganda cranes on its strategic bill boards.

I gather that MTN’s marketing of Uganda Cranes is often outside the sponsorship deal.

MTN U has made the Uganda Cranes stars into STARS by putting them on billboards and exposing them to the public.  The worrying thing is that even if Airtel has a budget for promoting Uganda Cranes, they need great execution of the marketing campaigns, which they have not yet proved for the time they have been in the market.

Uganda Cranes needs government rapport which was coming naturally under their partnership with MTN. You see, MTN’s yellow color happens to be the same as of the ruling NRM government. Once the President was in Namboole during an international match, and they said he felt “at home” after seeing yellow banners and placards everywhere. You have noted increased attendance by the NRM top honcho at Uganda Cranes matches in Namboole. It is magical!

You remember the “we go, we go, Uganda Cranes we go… campaign?” Of course it came from MTN’s tagline “everywhere you go.” MTN has shown stability, innovation, and resilience and has the best profile when it comes to corporate social responsibility and crafting campaigns that get the people going.  As highlighted in MTN’s official statement on www.sbreview.net:

“At MTN we genuinely believe in the team and our nation and we are extremely proud of the accomplishments we have achieved together over the last 10 years. No doubt that the recent ‘We Believe’ campaign from MTN has inspired the nation and the Cranes for them to have gone on to quality for CHAN 2014”, said Ernst Fonternel; source sbreview.net

At the time of taking over as Uganda Cranes sponsor 10 years ago, few people knew about the national team. And few knew the Uganda Cranes first 11 players by names.

Not anymore. People know the national team players by names, as they know the EPL stars. The common factor being aggressive marketing and promotion.

It appears FUFA top honchos reasoned with their stomachs and ignored this factor: the success of the Uganda Cranes we have seen was partly due to promotion of local players on the Dstv. And we have seen some of our starts getting international jobs, which is critical for the growth of the national team and local talent.

Taken together, the above have made UC attractive. So much that Airtel got interested to sponsor, something they could never have thought out 5 years ago!

2. A good sponsor expects results and is willing to spend over and above the deal to get the desired results

When MTN came on board, their main key performance indicators (KPIs) was to “have supporters fill Namboole during matches”, and they did it even when Cranes was losing key matches.

MTN spend money in the papers ‘appreciating’ Uganda Cranes after every match even when they had lost. It was so disappointing to read a press statement from MTN that Uganda Cranes rejected their sponsorship bid. It is a typical scenario in corporate Uganda. “You invest in training a staff and exposing them. After a year or so, another company comes for them [poaching]. Because they are myopic and daft, they jump ship in total disregard of your investment in their learning curve and exposure. The other party is willing to pay a small transfer price (higher salary) because they don’t know how ‘raw’ the person has come from. And that is how you see the once shining star a mockery of former self.”

Let’s hope for the best for our national team.

We shall not accept losing the gains we have so far achieved for the national team: fantastic home support and goodwill from all Ugandans. The new sponsor must be able to keep Ugandans up to date with all the upcoming matches and news about our national team. should keep us together and rally us to “keep moving, never give up.”

And that is why Airtel’s key priority must be to “have supporters fill Namboole during matches.” The supporters should be mobilized to keep loving the national team, come rain or sunshine. That is what MTN helped us achieve. It must be the minimum for Airtel.

Let’s wait and see how they will deliver in the final year of their sponsorship; since the swagger of MTN will cover for the next and subsequent seasons. 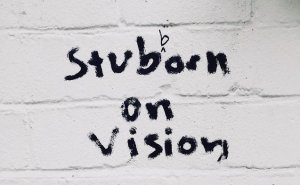 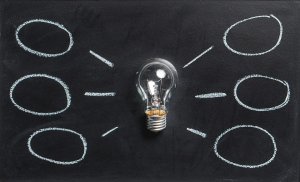 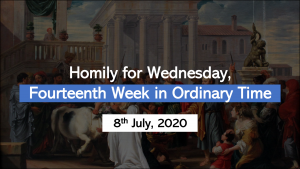