Its not the Anti-Sugarcane squad: It is the Voice of the people

My dear sister Sheila, Allow me to address you as such because fate brings us together. First, your father and my mother are alumni

Allow me to address you as such because fate brings us together. First, your father and my mother are alumni of Bishop Tucker Theological College and have served the church faithfully. But also because we find ourselves on the different sides of the aisle-which is normal. I have read with concern your article entitled “Bugoma Forest: What the anti-sugarcane squad is not saying”.

First, it is wrong to label whoever is standing against the alleged sale and conversion of Bugoma forest into sugarcane as broadly anti-sugarcane. We are not against sugarcane growing but rather against land use change-a process by which human activities transform the natural landscape. Landuse change leads to loss of ecosystem services-the benefits that you and I derive from a certain ecosystem. These could amongst others include firewood for cooking the single meal a woman in rural Butoole might afford(she has no access to gas like you might be privileged) or clean water that a man on a long trek to Kabwooya might have access to and in some instances the pasture that feeds our “engoobe or Gaaju”

You raise an interesting thing when you say the name of the area is Kyangwali Ancestral land and not part of Bugoma Forest Reserve. Shakespeare once said “What’s in a name? That which we call a rose by any other name would smell as sweet.” Whether you call it Kyangwali ancestral land or not, one thing I know it’s ancestral home for Ababyaasi and that my grandmothers (abamooli) came from the same area and they treasure it. It has been ancestral land and is forested. The google image attached to the show the area approved for “the project” would not require a rocket scientist to show that it is forested. But then, why do you want to convert an ancestral land with its benefits and clan attachments into a sugarcane plantation? In 1989, I buried my maternal grandmother in Rukukura village, Kasongoire, Bujenje. By then they were homesteads and thriving with life but now, I cannot trace her grave either the road that would lead to her house. It was all converted into sugarcane plantations.

When you get into debates of grassland and non-forested 9.24 sq miles approved by NEMA and deemed fit for “human activity” you loose ecological integrity of the land and connectivity. You seem to assume that “fit for human activity” is only limited to sugarcane growing. What about the cultural benefits for Ababyaasi-the first rulers of Kitara even before Ababiito? What about the connectivity for wildlife that brings income in form of tourism to the national coffers? With greenhouse gases causing global warming, the only natural sink available for gases such as methane that are available to us are grasslands. As a country, remember we committed to the Paris Agreement which requires us to reduce emissions to the atmosphere.

My dearest sister Sheila, you err when you talk about what a forest is and what it is not. I will not delve into that debate because it varies by context.
You attempt to show us the benefits that will come with Hoima Sugar taking over the land with “planting of a buffer forest”. The sugar company does not have to plant a buffer forest. Scholars such as Crouzeilles and others have already proven that it is cheaper to regain a forest through natural regeneration of the same land than planting a forest. This is because ecologically, there is a seed bank underneath the soils as a result of animals and birds doing dispersal from one forest patch to another.

Whether the Bunyoro Kingdom acted within the law or not should blind our eyes. The kingdom is a custodian for resources belonging to the people (just like the state is) and thus ought to listen to the voices of the people. The people have rejected this land-use change ever since it came to wind around 4 years ago. Remember that vox populi, vox dei.

I hope you didn’t intend to shoot yourself in the foot when you allege that “The environment is important and no one is planning to destroy any forest”. Otherwise, you seem to equate environment to forest ecosystem alone. You need to have a systems approach to environmental issues. It is an integrated approach that appreciates “grasslands” and “other areas with scattered trees”. For us as a country to achieve our national and global commitments to the environment, climate change and New York Declaration on Forests, its imperative that we should not be discounting the gains we have made so far in the conservation of environment and biodiversity.

Since no one is planning to destroy any forest, there are many grasslands elsewhere including in Nyabushozi and Kazo where we can have sugarcane grown.
Thank you!

How to ensure Board member independence 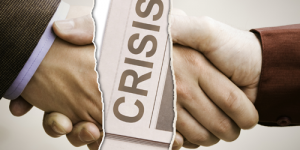 Coping in a tough economy 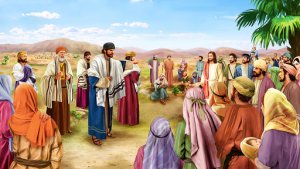 Thirteenth Sunday In Ordinary Time B