If you walk around your community especially in big urban centres of Uganda, you will most likely come across an incomplete building that has

If you walk around your community especially in big urban centres of Uganda, you will most likely come across an incomplete building that has been there for years. Unoccupied and abandoned yet when you look at the investment at that stage, lots of millions were invested (to buy the land and then construct). Sometimes on a single plot, there will be a couple of such buildings. The obvious reason for such buildings, which are mainly apartments or rentals, is lack of money. The owner either lost a job or didn’t plan properly with the money available when starting.

Also, if you don’t see any such incomplete buildings, you will see many small businesses all over the place. From the Boda Boda stage, kiosk, Rolex stall to a salon. This has made Uganda one of the most entrepreneurial countries in the world. According to reports from Global Entrepreneurship Monitor, at least 28% of adult Ugandans own or co-own a new business. It is not unusual to find people bragging of their “side business” which they attend to after work at 5.00 pm. Speakers at every event especially those involving young people, they urge them to start businesses and become job creators instead of job seekers. It is one of the most tired lines you will ever hear anywhere in the country.

However, because most people start small businesses without adequate capital, the businesses remain very small — the few that survive the first five years. Most businesses close under five years with dreams dashed. Starting a business is one of the hardest things one will ever do in Uganda. It is very hard to raise capital in Uganda. There are very few venture capitalists willing to invest in your business. Yet there is no shortage of money in Uganda to do business. It is hard to convince Ugandans to invest in most businesses. They prefer schemes where unrealistic returns are promised such as computer tablets that would pay you a monthly fee without explaining how. You heard of the Development Channel!

That is why instead of 10 people all bringing their money to build and finish a 10-floor building, each of these 10 Ugandans starts their own apartment structure in the same neighbourhood. Sometimes the different incomplete structures belong to a married couple. Each decides to do their own thing and both fail to complete. When 10 people on the same neighbourhood Whatsapp Group start their structures, one or two manage to finish and the other eight struggle for 10-15 years to complete the building. Some die of heart attacks before the buildings are complete.

Another 10 people will each start a very small salon in the same building. And each will sit outside and start grabbing whoever is passing by including those with baldheads. If 10 people started one big salon, they would enjoy economies of scale and earn better returns. They can negotiate better with suppliers and be able to get lines of interest-free credits easily, which they can’t do as 10 independent salon owners. They are too small for a big cosmetics supplier to notice.

If 10 people, all dreaming of owning apartments in a good neighbourhood pooled money together, they would acquire land cheaper per decimal per person and then be able to complete their structures on time. And because they have money for a big project, they would negotiate better terms with suppliers, complete the building on time and start earning returns faster. They would need a project manager and a proper company to build for them. Each of the owners would get their condominium title so there is no way they would lose money.

Five Ugandans importing the same stuff in China will all fly to Guangzhou to bring their small quantities. Assuming each person is spending Shs3.7m on the cost of the trip, that would be Shs18.5m instead of Shs3.7m if only one person travelling. With each bringing in a small consignment, they wouldn’t enjoy the large economies of scale. They will then complain that some foreigners are joining their trade and undercutting them. Yet they had an opportunity to shut down these foreigners but instead of doing it together, they chose each their own way. There is a proverb, which says that if you want to walk fast, do it alone but if you want to go further, walk with others.

I know that one will complain of trust. That if you send one person that would be the last time you hear of them. That might be valid but if Ugandans register a company and put in place proper corporate governance structures, they would safeguard their investments.

Investment clubs and SACCOs are a good start and hopefully, they will trickle down to big businesses one day just like it is in Kenya. It always makes sense to own something small of something so huge than something huge of something so small.

CREDIT; The writer is a communication and visibility consultant. djjuuko@gmail.com 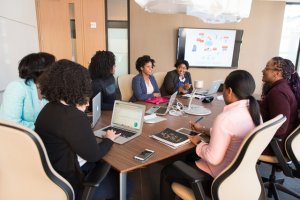 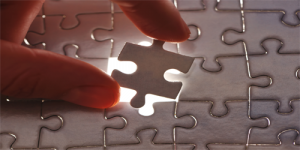 Is your strategy organic or generic? 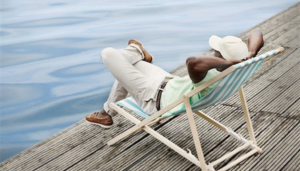