Hospitals, major companies and government offices have been hit by a massive wave of cyberattacks across the globe that seize control of computers until

Hospitals, major companies and government offices have been hit by a massive wave of cyberattacks across the globe that seize control of computers until the victims pay a ransom.

Cybersecurity firm Avast said it had identified more than 75,000 ransomware attacks in 99 countries, making it one of the broadest and most damaging cyberattacks in history.

Avast said the majority of the attacks targeted Russia, Ukraine and Taiwan. But U.K. hospitals, Chinese universities and global firms like Fedex (FDX) also reported they had come under assault.

Europol said Saturday that the attack was of an “unprecedented level and requires international investigation.”

The ransomware, called “WannaCry,” locks down all the files on an infected computer and asks the computer’s administrator to pay in order to regain control of them. The exploit was leaked last month as part of a trove of NSA spy tools.

The ransomware is spread by taking advantage of a Windows vulnerability that Microsoft (MSFT, Tech30) released a security patch for in March. But computers and networks that hadn’t updated their systems were still at risk.

In the wake of the attack, Microsoft said it had taken the “highly unusual step” of releasing a patch for computers running older operating systems including Windows XP, Windows 8 and Windows Server 2003.

“Affected machines have six hours to pay up and every few hours the ransom goes up,” said Kurt Baumgartner, the principal security researcher at security firm Kaspersky Lab. “Most folks that have paid up appear to have paid the initial $300 in the first few hours.”

Sixteen National Health Service (NHS) organizations in the UK have been hit, and some of those hospitals have canceled outpatient appointments and told people to avoid emergency departments if possible. The NHS said in a statement on Saturday that there was no evidence that patient information had been compromised.

In China, the internet security company Qihoo360 issued a “red alert” saying that a large number of colleges and students in the country had been affected by the ransomware, which is also referred to as “WannaCrypt.” State media reported that digital payment systems at PetroChina gas stations were offline, forcing customers to pay cash.

Spanish telecom company Telefónica (TEF) was also hit with the ransomware. Spanish authorities confirmed the ransomware is spreading through the vulnerability, called “EternalBlue,” and advised people to patch.

“It is going to spread far and wide within the internal systems of organizations — this is turning into the biggest cybersecurity incident I’ve ever seen,” U.K.-based security architect Kevin Beaumont said.

Fedex said it was “experiencing interference with some of our Windows-based systems caused by malware” and was trying to fix the problems as quickly as possible.

Russia’s Interior Ministry released a statement acknowledging a ransomware attack on its computers, adding that less than 1% of computers were affected, and that the virus is now “localized.” The statement said antivirus systems are working to destroy it.

Megafon, a Russian telecommunications company, was also hit by the attack. Spokesman Petr Lidov told CNN that it affected call centers but not the company’s networks. He said the situation is now under control.

The U.S. Department of Homeland Security, in a statement late Friday, encouraged people to update their operating systems. “We are actively sharing information related to this event and stand ready to lend technical support and assistance as needed to our partners, both in the United States and internationally,” the department said.

Kaspersky Lab says although the WannaCry ransomware can infect computers even without the vulnerability, EternalBlue is “the most significant factor” in the global outbreak.

“Affected machines have six hours to pay up and every few hours the ransom goes up,” said Kurt

How to prevent it

Beaumont examined a sample of the ransomware used to target NHS and confirmed it was the same used to target Telefónica. He said companies can apply the patch released in March to all systems to prevent WannaCry infections. Although it won’t do any good for machines that have already been hit.

“It has a ‘hunter’ module, which seeks out PCs on internal networks,” Beaumont said. “So, for example, if your laptop is infected and you went to a coffee shop, it would spread to PCs at the coffee shop. From there, to other companies.”

According to Matthew Hickey, founder of the security firm Hacker House, Friday’s attack is not surprising, and it shows many organizations do not apply updates in a timely fashion.

When CNNTech first reported the Microsoft vulnerabilities leaked in April, Hickey said they were the “most damaging” he’d seen in several years, and warned that businesses would be most at risk.

Consumers who have up-to-date software are protected from this ransomware. Here’s how to turn automatic updates on.

We also advise you to enroll for security courses like Certified Secure Computer User (CSCU) course at The Institute of Forensics and ICT security to get necessary knowledge and get skills to protect your information assets. With CSCU, you acquire a fundamental understanding of various computer and network security threats such as identity theft, credit card fraud, online banking phishing scams, virus and backdoors, emails hoaxes, sex offenders lurking online, loss of confidential information, hacking attacks and social engineering.

It’s not the first time hackers have used the leaked NSA tools to infect computers. Soon after the leak, hackers infected thousands of vulnerable machines with a backdoor called DOUBLEPULSAR. 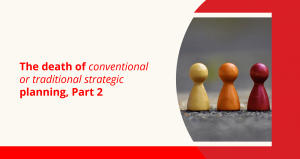 The death of conventional or traditional strategic planning, part 2 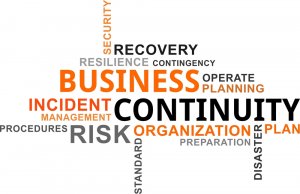