Matrimony is a Permanent Marriage Union

Marriage is a serious and sacred commitment that puts man and a woman into a permanent and profound union. Marriage is a union between man and woman which is founded on love and free consent. This action has been raised to the dignity of sacrament meaning an outward sign of an inward grace instituted by God. A married couple is a visible sign and reminder that God loves us.

The sacrament of holy matrimony is a public vow between a mature male and female who promise to remain together until death. This loving union has been treasured by the Church for ages. Though exciting, marriage is not a job but a vocation which demands personal maturity. Marriage is for the good of the couple; procreation and education of children. Catholic matrimonial law requires marriage to a free mutual consent between a mature male and female.

Marriage is a responsibility

Since marriage is an intimate partnership and a conjugal covenant of life and love; then effective pastoral, social and psychological preparation is vital. Fiancées need to move beyond emotional romance and physical attraction to sound love and commitment. The Church must assist those desiring to marry to make a prayerful and mature judgment concerning their life together. The priest needs to make sure that all preparations have been done before the two assume this serious responsibility of living together as husband and wife.

The priest’s good attitude toward the engaged is a right step in inspiring their enthusiasm. Equally, the parents, the faithful and married couples in each Parish share this responsibility supporting this preparation for their life together. Married couples who excel in holiness act as a model.

God has bestowed upon human beings the power of intelligent procreation qualifying gender as good, sacred and holy. When the sacredness of sexuality is lost, the sanctity of marriage also is forgotten. When God instituted marriage He said; “It is not good that the man is alone, I will make him a helper” Genesis 2:18. God who is love has created man and woman for love and called them to love. Through marriage, man and woman enter into intimate communion of life and love.

The Catholic Church distinguishes between a legal and the Sacramental marriage. The Sacrament of Matrimony involves two baptized people who becoming husband and wife after wedding.  Civil marriage is performed, recorded and recognized by the government after being officiated by a government official or by a religious body. A legal marriage instead is a condition or relationship that results from a contract by which a man and a woman enter into an agreement and mutually promise to live together in the relationship of husband and wife. The Catholic marriage is spiritual, civil and legal at the same time since the Church is a trustee.

Getting ready for matrimony

In most dioceses, Catholics who want to marry are counselled by a priest for some months before the wedding. During this Pre-Cana period, the priest offers practical financial and emotional advice to them, as well as for instructions on the spiritual nature of marriage and Natural Family Planning. The Catholic Church does this to prevent impulsive, short term weddings, or anything done in haste, rashness, or imprudence because matrimony is for life. If either the bride or groom has been married before, they must seek an annulment of that marriage to receive the Sacrament of Matrimony. An annulment declares that a marriage was never a valid sacrament in the first place, usually because one or both of the partners did not enter into it with good faith and intentions. An annulment does not affect the legitimacy of any children.

The Sacrament of Matrimony as Sanatio in Radice

Catholic marriage requires sacramental matrimony apart from where sanatio has been granted. If one of the couples is non-Catholics but does not challenge the Catholic faith, married to one person with children permitted to practice the Catholic faith; the Ordinary of the Diocese can presume it healed from the roots; a process is known as Sanatio in radice thus transforming it into a Sacrament. For Baptized Catholics, there is no any other way to marry validly except through matrimony.

A valid Sacrament of Matrimony requires the presence of a priest, a female bride and a male groom and two witnesses. Same-sex unions are forbidden in the Catholic Church. The real ministers of the sacrament are bride and groom. The two promise to stay Faithful, saying no to adultery. To be Fruitful meaning staying open to the possibility of children. When a Catholic couple gets married in a civil or non-Catholic ceremony, they need a convalidation ceremony to make their marriage valid sacramentally.

As sin caused a rupture in God-given communion; the union of marriage is often threatened by discord and infidelity. Sins gravely opposed to the sacrament of Matrimony are infidelity and polygamy as they contradict the dignity of man and woman and the unity of marriage love. Other sins include the deliberate refusal of one’s procreative potential depriving conjugal love of the gift of children and divorce which goes against the indissolubility of marriage. The public matrimonial consent makes it irrevocable, indispensable and irreplaceable.

Every relationship has its difficulties and challenges but the grace of God is paramount. God knows the problems everyone is going through better than anyone else. Marriage being a privileged place where procreation continues, God will see it succeed long as the spouses are willing to cooperate with His grace. A convinced couple is a beacon of hope for all generations.

From WhatsApp: Why men die early? Ask no more… 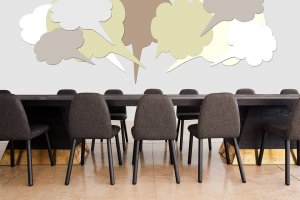 The primary role of the board explained 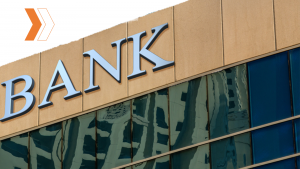 Which bank has got the digital agenda right?