On 18th September 2017 I received a small book from my senior, Geoffrey Kihuguru. This is the man who had taken time and effort

On 18th September 2017 I received a small book from my senior, Geoffrey Kihuguru.

This is the man who had taken time and effort to induct me into the role of Finance Committee Chairman at the Institute of Corporate Governance. He had personally delivered the book to my office, what a humble gesture.

Download this article in pdf: Memoirs of Uncle George Kihuguru and student life at Makerere University

Seeing a Memoire, I recall, I requested Geoffrey to accept payment for the book to demonstrate the value I attached to it, which I am happy that he accepted. As a publisher myself, I know what it takes to write a book, however small it may appear to be. And many times, it is not about the money – but the confidence that someone will read the book because they have demonstrated valuing it by paying. After all, there is no free lunch!

I must confess, I never opened it!

For some reason, I took it home and hid it among biographies in the small home library. On 19th April 2020, as I looked for a new book to read, I landed on the small book, which has a Gentleman, in a black suit, white shirt, and a matching tie, looking at me directly, with a relaxed face. It is as if he is telling me something, at an evening party. I opened to the first page.

The book starts with the table of contents! It is a true African book, no need for appetizers if you are hungry. Enjoy the main course right away!

I have realized that one of the reasons many of us Africans have remained ‘trained’ but not educated is the tendency to associate with everything Western at the expense of everything African, where we read all biographies of outstanding Americans or Europeans oblivious of different contexts and the environment in which such people were raised.

Well… you understand my point.

It is good to read Western biographies, but you should mix with the local flavor so that you have a wider view. It is good to read about George Washington, but better to do so after you have read Kwame Nkrumah or Nelson Mandela or all those local contemporaries. They tell you the home story before you get ‘spoilt’ with the outside story. And by far, Americans and Europeans read all biographies – local (their own) before they explore internationally. You gain broader perspectives about life’s journeys and different contexts. If you are a Ugandan living in Uganda, it is not easy, if possible, to become another Steve Jobs before you truly understand who you are and your elders! The contexts are different.  The support structures are different. And the global media to amplify your ingenuity are different. That is how it is.

All these thoughts went through my mind as I read through the table of contents of the Memoirs of “Uncle” George Kihuguru and Students Life at Makerere University 1968 – 1995. This is easy to read small book, full of wisdom providing a detailed firsthand account of key events at Makerere University by someone who lived the events as one of the people at the frontline.

The book opens with a Preface by Professor Apolo Robin Nsibambi (RIP), former Prime Minister of Uganda, one of the top academicians this country was blessed with. In his succinct Preface, Prof. Apolo notes that Mr. George Kihuguru was Dean of Students and also in charge of Wardens at Makerere University. And that “He [George Kihuguru] has ably shown the critical role of Wardens, an issue which has eluded many members, Makerere staff both Administrative and Academic. He has ably shown that the thuggery at Makerere is partly attributed to the fact that students at Makerere University who are not personally known by their lecturers feel ignored. Their problems are not attended to, and are prone to becoming thugs.” And concludes that “Kihuguru’s book is an important contribution to a good performance at Makerere University.”

The Memoir is divided into Nine Chapters. Chapter one is about Kihuguru’s family life, and how he met his other half, Joyce Kihuguru. Chapter Two details his illustrious career – from his time as Teacher at Ntare, where he taught students who later became pillars of the nation including H. E. Yoweri K Museveni, Eria Kategaya, and many more as detailed in the book. In Chapter Three, the writer gives a brief but rich history of Makerere University, from when it opened in April 1921 as Uganda Technical College with 14 boys and the University’s growth over the years. This is a rich history to read. Chapter Four is an account of the fall President Milton Obote, which I found very interesting. The author notes that President Obote’s support to the opposition to the British proposal to lift the Arms Embargo to South Africa could have played a part in his unceremonious exit from the presidency during his official trip to Singapore. This is a new detail I have never read elsewhere.

The book then explains how Amin, as President of the new Republic, endeared to the Buganda government by bringing the body of Sir Edward Mutesa for burial in Uganda in March 1971, and how such friendship was short-lived. Chapters Five to Seven offer a good account of the political history of Uganda, the key players, and events in a new and fresh perspective explaining the unique role played by Makerere University in the rebirth of the new Uganda.

It is a fantastic brief account of our country’s history and how everything unfolded over the years to present-day Uganda.  Chapter Seven also provides a detailed account of the people who served as Guild Presidents at Makerere University over the years and the key roles they have played in Uganda’s political transformation and democracy. Chapter Eight gives an authoritative account of the causes of strikes in Uganda’s Higher Institutions of Learning and how to handle them. The book concludes in Chapter 9, with a call for good governance in institutions of higher learning like Makerere University which play important roles in not only producing the required manpower for the government but also conduct research that is of critical importance to the country.

The Memoir is written in an easy to read form of storytelling. It is an interesting book, which one would have wished to have more chapters. The book ends suddenly with a list of Presidents of Uganda on page 146 and Guild Presidents of Makerere University between 1968 – 1995, on page 147. What the book lacks in size and to some extent, finer editing, it compensates in a fantastic personal account and storytelling.

You will learn about “Uncle” George Kihuguru’s humble background and how he managed to rise to the top and play a critical role in Uganda’s transformation despite having lost a Dad at a very young age, a later losing the Mother. This is a story of focus, resilience, and hard work. He married his first love. And later accepted Jesus as his Savior.

As the saying goes, “do not judge a book by its cover”, this is true for this book. I recommend the book to all politicians, University students and young Ugandans who have an entitlement mentality and shortcuts to life. The Memoir by Uncle George is outstanding in terms of rich content and great story telling. Books like these should be mandatory reading in all schools. Download this article in pdf: Memoirs of Uncle George Kihuguru and student life at Makerere University

From WhatsApp: can you answer these #covid19 questions? 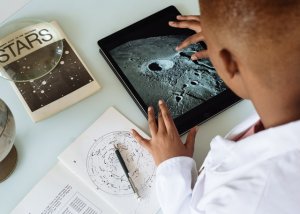 Best from WhatsApp – To all parents?