Orange Uganda finally shows signs of going to the Alter; in the name of consolidation

Orange has reportedly hired a consultant to advice on exiting from the African market. According to TMT finance. This follows intense competition as a

Orange has reportedly hired a consultant to advice on exiting from the African market. According to TMT finance. This follows intense competition as a result of acquisition of Warid by Airtel.

While at Orange Uganda’s head offices recently, I saw some people who acted and looked like auditors (I think from KPMG UK office) [I once worked at KPMG and EY, I know how these guys behave when they are around for something like a DD – Due Diligence]. I later got to understand that they were doing a review of the books (due diligence) and other relevant facts about subscriber base, data numbers, market share, infrastructure investment, staffing and other critical deal maker or breaker information.

There have been some rumors in the market over who would buy out Orange. I want to assure you that no existing telecom company in Uganda would be interested in the deal.

Recent market reports from Uganda Communications Commission, the industry regulator, indicates an increase in the number of voice subscribers for Orange Uganda, this follows an aggressive marketing campaign, due to increased advertisements and bonus promotions by the company. It appears that this has been an intended strategy to reposition Orange Uganda for a potential suitor.

As I wrote in this article, in January 2014, Vodafone would benefit most from buying Orange. And I think if there is any consolidation by Orange, it is Vodafone that would come in as they have opportunities to leverage from the acquisition.

Based on my over 10 years of analyzing Uganda’s telecom industry, I want to make the following clear to you:

I don’t think MTN Group has any interest in Orange Uganda. There are no clear strategic benefits to MTN from such an acquisition. The rumor in the Uganda dailies that MTN could buy Orange telecom are unfounded and baseless. The market is in their favor and I don’t see how they would snail their current growth in acquiring Orange. If you already don’t know, MTN U has been investing heavily in their data products. The advantage with MTN is that they already have the subscriber numbers to market to easily. With Mobile Money being their cash cow, and thanks to their numbers, being net Interconnect revenue beneficiaries, an acquisition of Orange would bring less synergy to their growth – in terms of integrating systems, staffing, clientele etc.  These two have very divergent business models.  France & South Africa do things very differently!

Equally, Airtel has just undergone through a ‘thorny’ consolidation exercise following their acquisition of Warid Uganda. Airtel’s model has focused on outsourcing most of her operations to third party providers like Hwawei, IBM etc for infrastructure and network management. They are focusing on marketing and customer service. I don’t see them doing more investment in Uganda, considering that Bharti Airtel, their Indian group operations, reported a dip in profits in the year ended 2013. Airtel too cannot buy Orange.

UTL is too small player to think about buying Orange. UTL’s problems are not the lack of infrastructure or resources – theirs is mainly lack of effective leadership to develop a winning strategy with strong understanding of the telecoms business.

Unconfirmed reports state that LAP Group, UTL’s majority shareholder, lack experience and economies of scale in telecoms and have been looking at a buyer. At the current level, they wanted someone to buy their 68% or about shareholding in UTL and another 52% in Orange, so that UTL is rebranded Orange Uganda, as such would give the new entity that can compete favorably with MTN and Airtel. Such consolidation is the future of Uganda’s telecom market; and watch out for something like this. I don’t see MTN or Airtel growing through any acquisition.

According to an official communication from Orange’s CEO to Orange Uganda staff members, “following our market consolidation, Orange Group increased its shareholding in the local operations to more than 96%. We now want local partners to be part of this growth.” It is said that Orange Uganda fell off with the previous local investors due to their lack of commitment in on-going investment into the company to finance the growth.

The move by Orange to consolidate her market share comes at a time of the fourth placed Essar’s yuMobile in Kenya being sold and split between Safaricom which will buy yuMobile’s infrastructure, and Airtel to acquire its 2.7 million subscribers. You see, Airtel has high excess capacity in Kenya, and obtaining 2.7 million subscribers will help reduce interconnect, some of the big costs as I explained in this article, I wrote in January 2014. On the other hand, Safaricom needs to expand capacity to reduce the instances of poor network to accommodate its burgeoning subscriber base.

For Orange Uganda, such post acquisition benefits are not available to either MTN or Airtel Uganda. The logical strategy for MTN is:

(i) Focus on data

(ii) Leverage on mobile money through lots of value added services (you have seen their new innovations of partnering with schools, something I thought was great idea)

(iii) Offer a constellation of services and the best customer care.

(iv) With these, growth will come naturally given their current level of competitiveness.

And that of Airtel is to grow (i) Airtel mobile money product, (ii) expand the data services and (iii) clean the subscription database to improve the net average revenue per user (ARPU) margin by categorizing their clientele in terms of ARPU. The acquisition of Warid brought on board so many low-end customers who affect the quality of the network as they can only afford the voice services.

Copyright Mustapha B. Mugisa, CFE, MBA. 2014 All rights reserved. You are free to share with appropriate attribution, by a permanent link to this website. 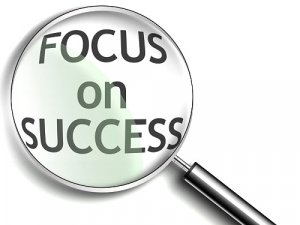 #WayOfTheGuerrilla: what is your sales focus? Part 2 of 7 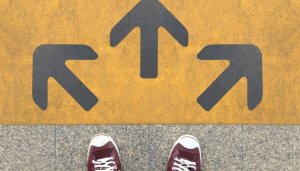