Paying for your death: the hidden cost of health insurance in Uganda

Jeremy Katungi (not real name for obvious reasons) became a Doctor because he wanted to provide quality care to his sister who had died giving birth. He envisioned a future where giving birth should never take a person’s life, not at least in his family.  He believed that every woman should be able to give birth naturally. During his medical school days, he often joked with friends about how his parents had managed to give birth to him despite the lack of quality medical care and attention in the village where he was born.

It was his belief that something wrong somewhere was responsible for the increasing health complications. “How come many Women are now giving birth by C-section? What used to happen in the past during the independence era when our parents could not even afford transport to the nearest health center?” He often wondered.

During campus days in his last days at the medical school, Jeremy got internship at the medical school. He was introduced first hand to gynecology. He loved meeting women of all walks of life in private discussing about their medical condition especially pertaining to their V***** issues. As a medical student, he found this very interesting and often felt good for a great career decision.

Once in a while, you would find Jeremy and his colleagues out in the open air chitchatting about some interesting ‘clients’ he had met during consultations. “This lady came into the examination room and said it is itching.” Another would interject and say “why not offer to scratch it.” And he would respond: “She insisted that I should only see.” They would then burst out into laughter as another none gyno colleague added: “why can’t good things like that happen to me?” that was medical school internship for you – first hand exposure to the real work environment. They did not learn just about handling real life medical conditions, but the practice of the trade — how to make and use money.

One of the interesting practices is making a deposit payment for consultations. Once any patience came to meet the doctor, he had to pay the ‘consultation fee.’ At first it was at Ugx. 10,000 it increased to Ugx. 15,000 and today, the likes of Jeremy have hiked it to between Ugx. 25,000 and 50,000 depending on the hospital you visit. If you are on health insurance cover, don’t be surprised to pay slightly a higher fee. The good news is this fee will be paid by your insurer.

Around 1995, there were few health centers and the salaries for medical professionals were low. Jeremy left for greener pastures in Kenya, where he worked at some of the best hospitals the country has to offer. Ten years later, Jeremy decided to return as one of the top experts in the field. Given the high birth rates in Uganda, his skills were in high demand. He landed a job at one of the top referral hospitals in the country. Having been in Kenya, Jeremy was shrewd and business savvy. Almost half of employed medical professionals run private clinics. Jeremy partnered with a colleague and they set up a clinic around town. By 2010, money was no longer Jeremy’s problem, handling the increasing number of clients was.

At first his clinic only handled obstetrics and gynecology cases. As it expanded, they started admitting many, if not all cases. Those they could not handle were often referred. This proved so profitable and brilliant. Admit people at the clinic, if things worsen, refer the cases to the referral hospital. This was easy to arrange as Jeremy was an employee the other end.

With this arrangement, Jeremy could handle any number of clients. He decided to establish a great marketing unit for business development. They got contacts with insurance companies and listed their clinic as a service point. Business continued to grow; so were the number of C-sections and client referrals. Almost all referred clients from Jeremy’s clinic died within a week after leaving his clinic.

And that is how a case came to our desk.

A private investigator asked for help investigate a complex health insurance scheme where an insurance company raised issues over similar payments to a client that had purportedly died following an audit.

The allegation said that Jeremy had recommended Cesarean section to pregnant women who even had a history of normal delivery. Another allegation on the same clinic complained about getting drugs they had not asked for; and one person had died of overdose. The insurance company’s fraud examiner had previously reported suspicious claims from Jeremy’s clinic when they submitted claim records that showed the same client having received different drugs from the same doctor the same time. When the same complaint came in, they decided to have it investigated.

One challenging thing with investigation health care providers is that patience records are very confidential. You’ve to first get a doctor, who then accesses the records. As an investigator, sometimes you cannot read the doctor prescriptions, as they tend to write in codes. So it was an interesting case where the investigators had to coordinate with police, legal and medical doctors to make sense of the information provided. After three weeks of reviewing records after records of patient files, there was not apparent smoking gun.

Everything looked ok, until we decided to capture all the records into an excel sheet, showing the patience name, date admitted, insurance scheme subscribed, medical condition, drugs prescribed and given, doctor seen, amount paid and subsequent visits. After inputting data over the recent six months period, a pattern started emerging. Those on insurance scheme often paid more than those who were not. It was also noted that majority of patients without insurance cover often gave birth naturally.

Analysis of the nature of referrals and following the listed next of kins of the referred clients revealed a harrowing fact – none survived. Why patients could be admitted for over two months at Jeremy’s clinic die just days of being referred to better hospitals. The more the investigations went on, the more harrowing details emerged.

The challenge with health related cases is that once one loses their loved one, they are better not going back to the subject to remember about their lost relative. They prefer to keep quiet.

To be continued in the next issue.

Leave a comment below to be notified when I post the next part of the several insurance fraud case studies I will be publishing. You’ll love it. 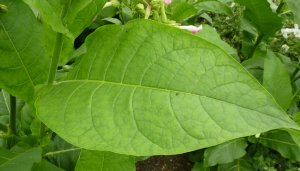 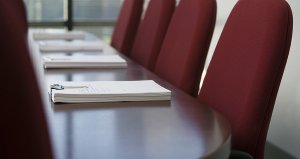 The role of the Board of Directors

From WhatApp: Tears in my eyes as I read this