Pharmaceutical Society of Uganda wins Big in the High Court

Hon. Justice Ssekaana Musa has ruled that “the inclusion of pharmacies and drug stores among the areas of issuance of trading licenses is illegal

This issue is resolved in the affirmative.

What remedies are available to the parties?

The applicant’s members are not liable to pay for trade license fees in
respect of their pharmacies and drug stores pursuant to item 30 and
35 of Part A of the Trade (Licensing) (Amendment of Schedule)
Instrument No. 2 of 2017.

This application is allowed with no order as to costs (Each party to
bear its costs).

Dated, signed and delivered by email at Kampala this 8th day of May 2020

On 13th January 2017, the Amelia Kyambandde (MP), Minister of Trade, Industry, and Cooperatives, issued Statutory Instruments 2017 No.2, the Trade (Licensing) (Amendment of Schedule) Instrument 2017, under Section 30(3) of the Trade Licensing) Act, Cap. 101). The Instrument amended the Principal Act, by substituting for Part A and part C of the Schedule. The new Amendment of Schedule introduced new businesses or traders that are required to pay trading licenses.

For the other reliefs and orders sought, see Attachment 2, the detailed ruling by Hon. Justice Ssekaana Musa.

The court ruled in favor of the applicant, with exception as to the costs which each party to bear its costs.

“The Civil Division Court in the case of ULS v KCCA & AG, Misc. Cause No. 423 of 2017, has quashed the requirement of the Trade Licensing (Amendment of Schedule ) Instrument No. 2 of 2017 which purported to require law firms/advocates already licensed annually to also seek a further license to trade from the town clerk of a municipal council. Importantly, in the Obiter dictum, Justice Ssekaana Musa, advised of the need for rulemaking bodies to always undertake consultations with stakeholders before making such rules. In his words “The Administration is not always the repository of ultimate wisdom; it learns from suggestions made by outsiders and often benefits from that advice”.

This finally marks the end of the cases in Court filed during our tour of duty at ULS. I remain thankful to the previous council, the current council, and the secretariat for following up on this matter keenly. Allow me to thank MMAKS Advocates for doing this case probono. This group and many others understand the personal role they have in building a strong and independent Bar. We always win when we work constructively. A big kudos to them.”

This also means a big win for the Uganda Law Society.

My take and insights 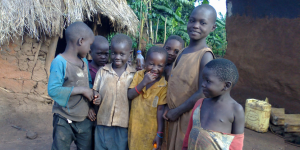 How can we tame hunger? 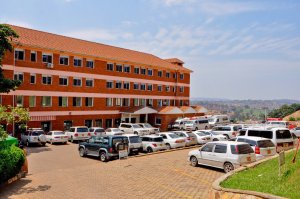 Kibuli Hospital is very efficient, at the front desk