The biggest problem in Uganda is the tendency to recognize foreigners at the expense of locals who are educated. Makerere University (MAK) is a

The biggest problem in Uganda is the tendency to recognize foreigners at the expense of locals who are educated. Makerere University (MAK) is a globally recognized institution ranked 9th in Africa. That is no mean achievement. Local Ugandans operate it and train so many people in the region every year.

Some time back the Minister of State for Works was quoted during a conference as saying that “Ugandan contractors cannot undertake big road construction projects because they are incompetent.” Before making such a comment, one needs to understand that Ugandans are very competent and hardworking. The problem is they are just coming up and being made to compete with well-established companies which get better support from our government than the local contractors.

Government policies are unfavorable to local businesses. What is happening in many countries we admire today like Kenya, Tanzania, Rwanda, and Singapore, among others, is that they have a clear policy on foreign investment.

Our law on immigration and work permits must be changed as soon as possible. Answers to your concerns about why Ugandans are not making it to CEO, start from here.

Take the case for Kenya. When you are an open up company, other than the CEO, other top positions should be given to the nationals, otherwise one has to prove that Kenyans are not qualified. There must be evidence of this. If the investors claim that there are no local Kenyans qualified for the top positions, he is required to prove the fact.

The investor has to show proof that they advertised (by showing evidence of having run an advert in a national newspaper), specified the qualifications and experience needed and job description for the position in addition to providing proof that they conducted interviews in a free and fair manner but failed to get the right candidate.

Until such evidence is provided, the investor cannot be allowed to secure working permits for foreigners.

Unfortunately, that is not the case in Uganda. The charlatans are at work. Lots of corruption mean that some ‘investors’ bribe their way to every permit and before you know it everyone claims that Ugandans are lazy or incompetent without evidence to the fact.

And that is not all, if the employer proves that there is no qualified Kenyan (local) for the top position, the investor is allowed to hire expatriate staff for the first three years during which time Kenyan nationals must be prepared and made ready to take over such positions. There is no short cut. You cannot grow any economy, without empowering locals to be in the driving seat. Otherwise, they will remain beggars in their own country. And before you know it, they are slaves in their own country. The success of South Africa, Singapore, China, India, Kenya, Rwanda, Germany, and any economy worth its names have been due to a policy to empower locals to run the economy and minimize as much as possible capital flight.

In Uganda, it is so easy for anyone to get a work permit. Call it corruption or indifference, the foundation on which our economy is running is not strong. If you care to notice, previously rich local Ugandans are disappearing. And the government is not showing any concern. Why?

How do you expect Ugandans to get to the top position of CEO if the government is not restrictive as far as hiring foreigners are concerned? If a foreigner owns a business, they will bring nationals as expatriates. Without a clear policy to restrict this, they will pay them a higher fee and repatriate profits.  We should not be myopic about taxation as many companies invest in creative accounting and strategies to pay less or no tax!

Many Ugandans are taken advantage of and underpaid. When they ask what they deserve, they are shouted at and accused of laziness and poor work ethic. There are many Ugandans who have shown that they are excellent. Take the case of New Vision, the CEO, CFO, Editor in Chief, and all top roles are handled by Ugandans. You cannot say that New Vision is not a successful all-round media house.  You’ve seen Centenary bank growing in leaps and bounds. Locals are in the driving seat. It may be of interest to note that all these companies are owned locally. An appointment to the top positions is done by the owners unless the government makes its business to cause foreign investors to appoint local professionals. This will close the skills gap and offer the much needed experienced to kick start our economy. Only when locals are in the driving force, we can achieve real growth. This way, all profits made are reinvested in the economy instead of being repatriated.

Someone said that after years failed to find their foot, UBA finally bowed to recruiting a Ugandan as CEO. But that is not it. You may have a good CEO, but if the major positions that provide the structures for decision support are taken by expatriates, the impact is not there. You need to have at least a 90% representation of locals in the top decision-making position. The Ministry of Labor must make a decree or a ministerial policy as a measure to empower local Ugandans to rise to the top.

Ugandans are in most cases overlooked and paid below the margin. This perspective also applies to locally owned companies. Ugandans occupying the same positions as foreigners are paid poorly. The point here is Ugandans are capable all they need is trust and good pay. In the banking and insurance sectors, the picture is not rosy. A foreign CFO will be paid not less than the US $15,000 monthly salary. The offer of a Ugandan professional to the same position will be Ugx. 12m (US $3,200!). Which this unfairness, how do you expect the Ugandan to work to their full potential? Because someone needs a job, they will do it anyway knowing that they are being taken for a ride. And what often annoys is that the foreigner has not skills to perform the work as a Ugandan. A policy on minimum pay would be welcome in such situations.

What the expatriates are doing is not rocket science.

These are the same things Ugandans can do. If one has a degree in engineering, it is the same. The difference is exposure and prior experience. There is no reason why such a person can fail to learn on the job.

However, Ugandans need to change their perspectives and the media is not spared. When a Ugandan heading a firm collapses, it becomes a big story in the local papers. We have had cases of companies headed by foreigners that have collapsed. But nothing has been said about it. Unfortunately, the media never highlights such facts when foreign CEOs fail the business.

The government has a role to play.

It all starts with a Vision for the country. Countries like Singapore allow in only expatriates with exceptional skills and not everyone can get a work permit. The term expatriate should not be synonymous with normal labor. The country should only allow specific expatriates and should be limited to say three years during which they should train locals to gain these skills.

If you want to grow an economy, empower the local people. Uganda is not yet doing this. Instead, people are being made to look inferior in their own country. It is your role to change this bias.  What are you going to do about it starting now? 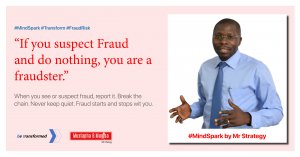 The fraud starts and stops with you 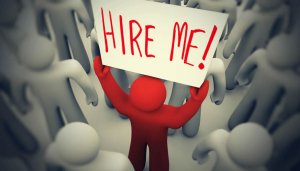 How to win a job where 500 people have applied