This is historical ruling. I love the reasoning behind it all. This Justice, is indeed a learned one. Below is the ruling of Hajj

This is historical ruling. I love the reasoning behind it all. This Justice, is indeed a learned one. Below is the ruling of Hajj Nasser Ssebagala’s case against Uganda’s telecom leader, MTN over the alleged copyright infrigement of using the plaintiff’s speech as ringtone.

Justice Christopher Madrama has dismissed with costs the case in which Haji Nasser Ssebagala sued MTN for using his speech as ringtone. In a judgement read before a parked court in Kampala today, the Judge ruled that Sebagala was not the author of the recording and therefore could not claim ownership of it. He added that SMS Media took the recording, modified it into the ringtone before selling it to MTN Uganda.

Justice Madrama further ruled that Sebagala gave the speech for public consumption and since it was not a private speech he cannot claim there is any breech when it’s given to the public for whom it was meant to go to.

The judge concluded that if all politicians, celebrities and public figures were to claim copyright in all their speech and addresses to the public, the courts of law would be overwhelmed with cases.

The MTN Lawyer John Bosco Ssempijja who represented the defendant in court welcomed the judgement saying it touches on a new matter which had not been determined before in Ugandan courts. He said: “This ruling goes to show that when people innovate and put effort into their work, that work is protected by court and that will encourage more innovation in the sector. MTN being a leader in IT innovation, We shall continue to support such innovations”. 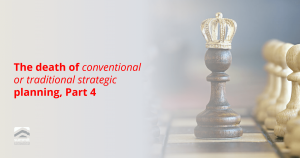 The death of conventional or traditional strategic planning, part 3