Inspite of threat from global institutions and personalities like US president Barrack Obama, President Museveni finally signed the Anti—Homosexuality Bill 2009 into.law. Under the

A person could go to prison simply for expressing a peaceful opinion. Local and international nongovernmental organizations doing advocacy work on human rights issues could now be at risk of criminal sentencing of up to seven years.Public health promotion and prevention efforts targeting “at risk” groups might have to be curtailed, and health educators and healthcare providers could also face criminal sanction under the same provision.
It seems the topic of homosexuals was provoked by the arrogant and careless Western groups that are fond of coming into our schools and recruiting young children into homosexuality and lesbianism, just as they carelessly handle other issues concerning Africa. Initially, I did not pay much attention to it because I was busy with the immediate issues of defense, security, electricity, the roads, the railways, factories, modernization of agriculture, etc.
When, eventually, I concentrated my mind on it, I distilled three problems:
1. those who were promoting homo-sexuality and recruiting normal people into it;
2. as a consequence of No. 1 above, many of those recruited were doing so for mercenary reasons – to get money – in effect homosexual prostitutes; these mercenary homosexual prostitutes had to be punished;
3. homosexuals exhibiting themselves; Africans are flabbergasted by exhibitionism of sexual acts – whether heterosexual or otherwise and for good reason. Why do you exhibit your sexual conduct? Are you short of opportunity for privacy – where you can kiss, fondle (kukirigiita, kwagaaga) etc.? Are we interested in seeing your sexual acts – we the Public? I am not able to understand the logic of the Western Culture. However, we Africans always keep our opinions to ourselves and never seek to impose our point of view on the others. If only they could let us alone.
It was my view that the above three should be punished harshly in order to defend our society from disorientation. Therefore, on these three I was in total accord with the MPs and other Ugandans. I had, however, a problem with Category 4 or what I thought was category 4 – those “born” homosexual. I thought there were such people – those who are either genetic or congenital homosexuals. The reason I thought so was because I could not understand why a man could fail to be attracted to the beauties of a woman and, instead, be attracted to a fellow man. It meant, according to me, that there was something wrong with that man – he was born a homosexual – abnormal.
I, therefore, thought that it would be wrong to punish somebody because of how he was created, disgusting though it may be to us. That is why I refused to sign the Bill. In order to get to the truth, we involved Uganda Scientists as well as consulting Scientists from outside Uganda. My question to them was: “Are there people that are homosexual right from birth?”. After exhaustive studies, it has been found that homosexuality is in two categories: there are those who engage in homosexuality for mercenary reasons on account of the under – developed sectors of our economy that cause people to remain in poverty, the great opportunities that abound not withstanding; and then there are those that become homosexual by both nature (genetic) and nurture (up-bringing).
The studies that were done on identical twins in Sweden showed that 34% – 39% were homosexual on account of nature and 66% were homosexual on account of nurture. Therefore, even in those studies, nurture was more significant than nature. Can somebody be homosexual purely by nature without nurture? The answer is: “No”. No study has shown that. Since nurture is the main cause of homosexuality, then society can do something about it to discourage the trends. That is why I have agreed to sign the Bill.
Since Western societies do not appreciate politeness, let me take this opportunity to warn our people publicly about the wrong practices indulged in and promoted by some of the outsiders. One of them is “oral sex”. Our youth should reject this because God designed the human being most appropriately for pleasurable, sustainable and healthy sex. Some of the traditional styles are very pleasurable and healthy. The mouth is not engineered for that purpose except kissing. Besides, it is very unhealthy. People can even contract gonorrhea of the mouth and throat on account of so-called “oral sex”, not to mention worms, hepatitis E, etc.
The Ministry of Gender and Youth should de-campaign this buyayism imported from outside and sensitize the youth about the healthy life style that is abundant in our cultures. We reject the notion that somebody can be homosexual by choice; that a man can choose to love a fellow man; that sexual orientation is a matter of choice. Since my original thesis that there may be people who are born homosexual has been disproved by science, then the homosexuals have lost the argument in Uganda. They should rehabilitate themselves and society should assist them to do so.
Yoweri K. Museveni Gen. (Rtd)
P R E S I D E N T
24th February, 2014. 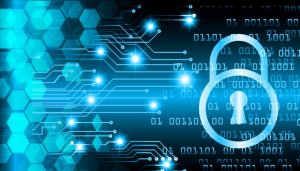 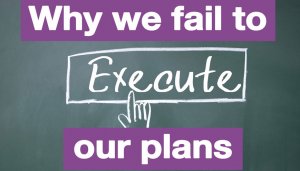 Why do good strategies fail to execute?