Several government schools were by yesterday forced to close temporarily as teachers stayed away from class for the third day and the administrators could not control the pupils.

If you visited any of, Buganda Road, Nakasero, Bat Valley, Kyaggwe Road, Nabagereka, Old Kampala, East Kololo, Shimoni and Ngora District’s St. Aloysius and Okoboi Demonstration primary schools, you be greeted by padlocks as there were neither teachers nor students.

“It is only Uganda National Teachers’ Union (Unatu) that will advise us otherwise. We shall not yield to any intimidation by some of the State agents who are threatening us,” Mr Asiata said.

Mr Mukisa Dexious, the head teacher of Luzira CoU Primary School, said out of 1,037 pupils, only 30 had reported yesterday. This forced the administrators to send the children back home because there were no teachers to attend to them.

However, he is worried that the pupils did not complete the syllabi last term, but were hoping to finish it this term ahead of the November Primary Leaving Examinations. “The parents have started understanding and kept their children at home. We only have few P7 candidates who are reading on their own. We had agreed with teachers last term that when we open for third term, we would complete the syllabus,” Mr Mukisa said.

The union leaders are still holding on to their guns as the government insists there is no money to increase their salary.

Mr James Tweheyo, the Unatu general secretary, yesterday said they had handed over their report to the Office of the President and hoped the officials would submit it to Mr Museveni. “We are holding on to our guns. Any intimidation will make the situation worse. The parents should be more worried and ask the government to pay us. We have submitted our report to the Office of the President. We trust they will deliver it to the President,” Mr Tweheyo said. But the deputy Presidential Press Secretary, Ms Lindah Nabusayi, said they had not yet received the teachers’ report although Mr Tweheyo insists that it was submitted to the president’s office at Parliament building yesterday.

I have crosschecked with the protocol office here and that report is not there yet. The President wants it urgently. Mr Tweheyo is lying to you. He knows where to find the President. Why did he decide to take the report to Parliament?” Ms Nabusayi asked.

Currently, there is an estimated 8.5 milllion pupils in 12,075 public primary schools and 650,000 students in 1,004 government-aided secondary schools.

Both students and teachers in secondary schools, especially those implementing government’s universal education like Kololo SS, Kampala HS, Kololo HS and Luzira SS have continued to show up although there is no learning taking place. 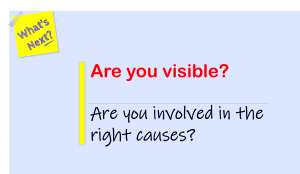 Are you visible? Are you involved in the right causes? 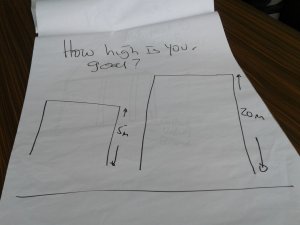 How high do you set your goals?