Some cracks in the American human rights record

The world always looks to America for human rights, democracy, and good governance. However, if recent happenings are to go by, America is not

The world always looks to America for human rights, democracy, and good governance. However, if recent happenings are to go by, America is not at ease.

Since the death of George Floyd in the hands of a Police Officer in the presence of three other officers, there has been an outpouring of anger by all peace and equality loving people across the world. The racial issue has always been pushed under the carpet in America, but not this time. This is an issue that must be addressed.

Thanks to the proliferation of mobile devices, low cost of data, and social media, a bystander was able to take live footage of the police officer pinning down the late George Floyd, suffocating him as if the officer was enjoying the game! Given that the victim was already handcuffed, stomach on the ground, and facing the down, he presented no danger to the police officer who was in the company of other three able-bodied and armed to the teeth three other police officers. People are asking whether the officer could have done the same if the suspect was white.  And that is where all peace-loving people are flabbergasted at the indifference and torture meted to the black man, George Floyd.

The video of the murder being committed by a police officer is a tough one to watch.

Even if you are strong, you can only watch it once. Lest you forget, George Floyd, was an American Citizen. A husband and father. And someone’s son. In his final hours, he was reduced to begging to be allowed to breathe.  He did not ask for water. He did not ask to be allowed to sit or stand. He repeatedly said, “I can’t breathe.”

Not once.
Not twice.
Not thrice.
But ten times.

Today, a friend shared on social media footage of police brutality meted on peaceful protestors. I have never seen such a thing on American soil. In the video, police cars are seen driving into the crows of peaceful protesters, police officers beating the people with canes.

All the people on the streets cannot be wrong.

The leaders must listen to their cries and do the right thing. The world is still experiencing a deadly pandemic – coronavirus which has disrupted lives. It is not good to be insensitive to the cries of so many voices.

No one, not even police officers are above the law. They should be held to account. The immediate action is to put the culprits under police customer, as investigations go on. And the American public and the world must be addressed and informed on the progress. That is what the riots are all about.

It is not good to make an issue that could have been managed to become into something big that risks claiming so many more lives if current events are to continue.

The cracks are widening in the American human rights record. They should not be allowed to expand. The world needs peace. Not war.

Many people have been asking why are Africans concerned about George Floyd when back home in Africa, their governments commit worse human rights abuses? The answer: America is a global watchdog for human rights and a key member of the United Nations. People look to America for lessons and guidance. America is the global policeman, so to say. Gross human rights abuse disqualifies America as a global peacekeeper and a bastion of democracy.

That is why the world is watching for decisive actions on the culprits.

May justice be served for George Floyd and many other innocent people who have died in similar circumstances. No one wins by consistently doing bad things.

One day, we shall overcome. 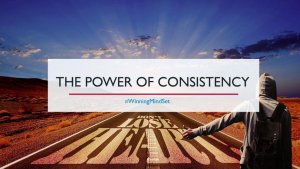 The Power of Consistency

Success in your marriage insights from President Museveni

Who vs. why? Here is why some people are great leaders