[NB: This Speech by President Paul Kagame is one of the best speeches I’ve read. It has great message for development, considering where Rwanda has come from and where it is heading. The message on accountability is critical. Please read, and see the thinking big mindset.]

20th Commemoration of the Genocide against the Tutsi

• Excellencies Heads of State and Government;

• Excellency Secretary-General of the United Nations;

• Former Heads of State and Government;

• Distinguished Government Officials from around the world;

I don’t have enough words to express my appreciation to all our friends, who have come from near and far to be with us, on a day as important as this. I also thank all of those who have stood with us in Rwanda’s incredible journey of rebuilding.

We are gathered here to remember those who lost their lives in the Genocide and comfort those who survived.

As we pay tribute to the victims, both the living and those who have passed, we also salute the unbreakable Rwandan spirit, to which we owe the survival and renewal of our country.

To our parents, children, brothers, and sisters who survived — to Rwandans who defied the call to genocide and to those who give voice to their remorse — it is you who bear the burden of our history.

We have pursued justice and reconciliation as best we could. But it does not restore what we lost.

Time and again these past twenty years, Rwandans have given of themselves. You have stood before the community to bear witness and listened to others do the same. You have taken responsibility and you have forgiven.

Your sacrifices are a gift to the nation. They are the seed from which the new Rwanda grows. Thank you for allowing your humanity and patriotism to prevail over your grief and loss. Thank you very much.

Historical clarity is a duty of memory that we cannot escape. Behind the words “Never Again”, there is a story whose truth must be told in full, no matter how uncomfortable.

The people who planned and carried out the Genocide were Rwandans, but the history and root causes go beyond this country. This is why Rwandans continue to seek the most complete explanation possible for what happened.

We do so with humility as a nation that nearly destroyed itself. But we are nevertheless determined to recover our dignity as a people.

Twenty years is short or long depending on where you stand but there is no justification for false moral equivalence. The passage of time should not obscure the facts, lessen responsibility, or turn victims into villains.

People cannot be bribed into changing their history. And no country is powerful enough, even when they think that they are, to change the facts. After all, les faits sont têtus.

Therefore, when we speak out about the roles and responsibilities of external actors and institutions, it is because genocide prevention demands historical clarity of all of us, not because we wish to shift blame onto others.

All genocides begin with an ideology — a system of ideas that says: This group of people here, they are less than human and they deserve to be exterminated.

The most devastating legacy of European control of Rwanda was the transformation of social distinctions into so-called “races”. We were classified and dissected, and whatever differences existed were magnified according to a framework invented elsewhere.

The purpose was neither scientific nor benign, but ideological: to justify colonial claims to rule over and “civilise” supposedly “lesser” peoples. We are not.

This ideology was already in place in the 19th century, and was then entrenched by the French missionaries who settled here. Rwanda’s two thousand years of history were reduced to a series of caricatures based on Bible passages and on myths told to explorers.

The colonial theory of Rwandan society claimed that hostility between something called “Hutu”, “Tutsi”, and “Twa” was permanent and necessary.

This was the beginning of the genocide against the Tutsi, as we saw it twenty years ago.

With the full participation of Belgian officials and Catholic institutions, this invented history was made the only basis of political organisation, as if there was no other way to govern and develop society.

The result was a country perpetually on the verge of genocide.

However, Africans are no longer resigned to being hostage to the world’s low expectations. We listen to and respect the views of others. But ultimately, we have got to be responsible for ourselves.

In Rwanda, we are relying on universal human values, which include our culture and traditions, to find modern solutions to our unique challenges.

Managing the diversity in our society should not be seen as denying the uniqueness of every Rwandan. If we succeed in forging a new, more inclusive national identity, would it be a bad thing?

We did not need to experience genocide to become a better people. It simply should never have happened.

No country, in Africa or anywhere else, ever needs to become “another Rwanda”. But if a people’s choices are not informed by historical clarity, the danger is ever present.

This is why I say to Rwandans — let’s not get diverted. Our approach is as radical and unprecedented as the situation we faced.

The insistence on finding our own way sometimes comes with a price. Nonetheless, let’s stick to the course.

To our friends from abroad — I believe you value national unity in your own countries, where it exists. Where it doesn’t, you are working to build it, just as we are.

We ask that you engage Rwanda and Africa with an open mind, accepting that our efforts are carried out in good faith for the benefit of all of us.

We want you to know that we appreciate your contributions, precisely because we do not feel you owe us anything.

Rwanda was supposed to be a failed state.

Watching the news today, it is not hard to imagine how we could have ended up.

We could have become a permanent U.N. protectorate, with little hope of ever recovering our nationhood.

We could have allowed the country to be physically divided, with groups deemed incompatible assigned to different corners.

We could have been engulfed in a never-ending civil war with endless streams of refugees and our children sick and uneducated.

But we did not end up like that. What prevented these alternative scenarios was the choices of the people of Rwanda.

After 1994, everything was a priority and our people were completely broken.

But we made three fundamental choices that guide us to this day.

One — we chose to stay together.

When the refugees came home — we were choosing to be together.

When we released genocide suspects in anticipation of Gacaca — we were choosing to be together.

When we passed an inclusive constitution that transcends politics based on division and entrenched the rights of women as full partners in nation-building, for the first time — we were choosing to be together.

When we extended comprehensive new education and health benefits to all our citizens — we were choosing to be together.

Two — we chose to be accountable to ourselves.

When we decentralise power and decision-making into the towns and hills across the country — we are being accountable.

When we work with development partners to ensure that their support benefits all our citizens — we are being accountable.

When we award scholarships and appoint public servants based on merit, without discrimination — we are being accountable.

When we sanction an official, no matter how high-ranking, who abuses their power or engages in corruption — we are being accountable.

As a result, our citizens expect more from government, and they deserve it.

Three — we chose to think big.

When Rwandans liberated our country — we were thinking big.

When we created Rwanda’s Vision 2020 and committed to meeting our development goals — we were thinking big.

When we decided to make Rwanda attractive for business — we were thinking big.

When we invested in a broadband network that reaches all our 30 districts — we were thinking big.

When we became a regular contributor to United Nations and African Union peacekeeping missions — we were thinking big.

We may make mistakes, like every country does. We own up and learn and move forward.

There is more hard work ahead of us than behind us. But Rwandans are ready.

A few years ago, at a commemoration event, I met a young man who was one of the twelve people pulled alive from under 3,000 bodies in a mass grave at Murambi.

He still lived nearby, totally alone. When the perpetrators he recognised came home from prison, he was understandably terrified.

When I asked him how he managed, he told me: “I could not do it unless I was convinced that these impossible choices are leading us somewhere better.”

Twenty years ago, Rwanda had no future, only a past.

Yet as Fidel told us just now, today we have a reason to celebrate the normal moments of life that are easy for others to take for granted.

If the Genocide reveals humanity’s shocking capacity for cruelty, Rwanda’s choices show its capacity for renewal.

Today, half of all Rwandans are under 20. Nearly three-quarters are under 30. They are the new Rwanda. Seeing these young people carry the Flame of Remembrance, to all corners of the country over the last three months, gives us enormous hope.

We are all here to remember what happened and to give each other strength.

As we do so, we must also remember the future to which we have committed ourselves. 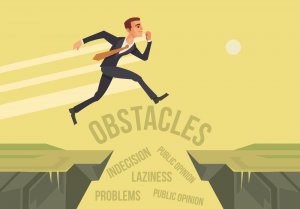 Career potholes and how to avoid them 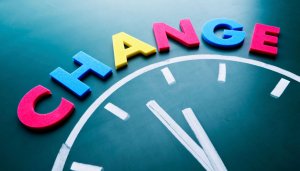 Change and reaction to it 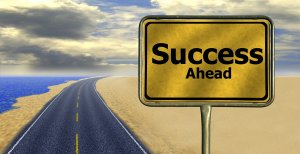 Which career? What would you advise your child to aspire to