Story of a football game, how to win at the work place

It is a game of two objectives: Score many goals and do not concede. All the 11 players and the coach, and club administration

It is a game of two objectives: Score many goals and do not concede.

All the 11 players and the coach, and club administration focus on the winning any match the team plays both in the short term and long term. Much as the keeper is responsible for stopping balls from entering his goal (not conceding a goal); any opportunity a Keeper has to score, they attempt to score. You can see this usually in world cup matches where the Keeper sometimes runs to the other goal to try to score a corner kick at a huge risk to the team. But that is the sacrifice to score in order to win the match.

The key word is winning.

Recently Arsenal played against Chelsea in Europa League Cup. It lost miserably 4-1 to Chelsea. Why? Arsenal failed to score more goals. Did they play all the 90 minutes, YES of course? Did they run? YES of course, the players ran; though some players in the Arsenal squad were more outstanding than the rest.

Unfortunately, football, like running a business. It does not matter how many few players work hard, if you have a weak link in the squad, who walks INSTEAD of running, the team is sure to lose miserably. If the keeper lapses in judgment and fails to leave the line early to confront a striker coming ahead, the risk of conceding is high. If a staff choses to come to work at late; instead of being early and preparing for the day’s priorities, the company loses.

Also read: Football and the power of big dreams

One of the most annoying things in football is when a team that is behind in score, tries to play harder in the 80’s minute. All of sudden they want to score, yet time is not on their side. Where were they when the match was starting and the clock was still at 10minutes into the match?

It is like a staff who has a scheduled training, and waits for the last week to try to work hard to achieve targets. I want you to know that UNLIKE in football where luck can smile your way and score, in business planning early is key. There is no short cut.

If you want to win the game, ALL players must put in their best.  The fact that they are in the First Eleven, they have demonstrated skill and deserve a position on the pitch. If they don’t operate at 100% every minute during the match, the team will lose. Similarly, if you are a staff in the company, it means you meet the requirements. However, being skilled and good is not enough. You must act. You must demonstrate behaviors for exceptional performance – passion by attention to details, asking questions, self-study, suggesting new ideas and improvements, coming early to work and doing your best to solve the work problems as well as keeping your working area neat and organized. And then being a role model but always encouraging others to go an extra mile.

Time management. Lesson two is critical because time is the scarce resource. Every game has a limited time. You play that game to win or lose. In football, when the team loses a match, the team does not get a bonus. The team does not get a rest and the team loses fan goodwill. The time for each match is 90 minutes in case of football. The best thing is to score as many goals early and DO NOT concede. Because in football a goal can enter even in the last second, (Ajax vs Tottenham game, Champions League, April 2019), never relent! All players must keep the spirit and energy high. Same applies at work place. Every single hour, of every day of the month, you must come and do your best at 100%! Any single minute you waste is gone and that is a huge loss. Walking too slowly to go for lunch, taking long to make tea, spending a lot of time of our office when they are cleaning. Why not ask the cleaner to clean before 6am? And coming late to work or leaving too early or not doing something even while at home, affects the business.

Communicate and share information. No team wins when players decide to play individually. You must tell others what you are doing so that they can see how to be of help. That is the oil for team work. 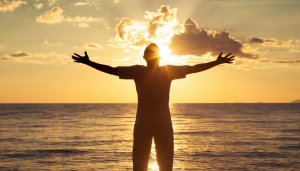 The PLANTS model to personal fulfillment and success

Are you insured? Here is why you must be insured today! 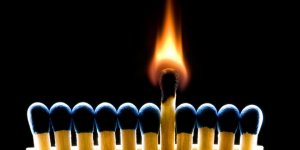