Tanzania Breweries Limited (TBL) is the leading and largest brewery company in Tanzania. The company commands a market share of over 70% in the

Tanzania Breweries Limited (TBL) is the leading and largest brewery company in Tanzania. The company commands a market share of over 70% in the Tanzanian alcoholic beverages market. The company produces and distributes popular beers such as Kilimanjaro Lager, Safari Lager, Ndovu Special Malt, Tusker Beer and Castle Lager.

The global beer industry has been undergoing a process of consolidation over the past decade. Ten years ago, 10 companies controlled 51% of the global beer industry and today, 4 companies (Ab Inbev, Heineken, Carlsberg and CR Snow) control the same amount. The African beer market is one of the few global markets that is still fragmented with low levels of penetration. In Tanzania, the alcohol market is still dominated by home-brews which are marked cheaper than bottled beers and liquor, coupled with a young population and a growing middle class, there is still plenty of room to grow for TBL despite the high market share that the company currently commands.

From a financial point of view, Tanzania Breweries is a very healthy company. The company has operating margins in 30% – 35% range. That alone makes it one of the top breweries in the world in terms of operating margins. The biggest expense that the company incurs are sales and distribution costs. However we believe that over time these costs will increase at an ever-falling rate. The main reason for this is economies of scale. As Tanzania Breweries builds out its distribution network and increases market penetration, sales volume will increase. The network in place will ensure that the costs of distribution will not increase at the same rate, thereby leading to an even more profitable company.

In addition to having very healthy operating margins, the company also has a very stable balance sheet with minimal debt. With total assets of Tshs 873 billion and total liabilities of Tshs 205 billion, the company has less than Tshs 60 billion of debt. The vast majority of the assets are in the form of property, plant and equipment.

The main risks that we identified with this investment are related to taxes and ownership changes. SABMiller is the majority share owner with 58% ownership. However in the past year, one of the biggest buyouts in the history of the brewing industry took place with Anheuser Busch taking over SABMiller for US$104 billion. While Anheuser Busch has proven adept at taking over and managing other companies there is always the risk that they may make too many management changes which would disrupt the smooth running of the company.

Taxation risk also shouldn’t be underestimated. In 2014, the government raised the excise duty tax by 20% and given the high level of profitability in the industry, it wouldn’t be surprising if another raise materializes in the next 5 years. Despite these potential risks, we believe that Tanzania Breweries Limited is a compelling investment especially given the growth prospects in the region.

This article first appeared in the Summit Business Magazine February 2017 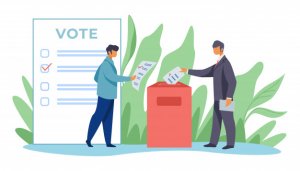 Life after losing an election…

How to avoid conflict of interest 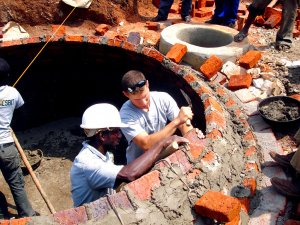