The anointing of the sick is comfort and healing

What is anointing g of the sick?

The anointing is a sacrament of those who are suffering

Suffering is a part of life, but when it is united to that of Jesus it becomes bearable. Anointing reminds us that God wants to comfort every human person and to relieve pain whether one is seriously ill, injured, or elderly. The oil of the sick which is blessed by the bishop at the Chrism Mass during Holy Week is the only oil used for this Sacrament. Together with anointing, the person receives Penance and Holy Communion. When one is dying, Holy Communion is called viaticum which means preparation for passing over to eternal life.

Which place is suitable for administering this sacrament?

Anointing of the sick can occur in the Church when it is administered to the elderly. It often takes place in homes, nursing homes and hospitals. A person who is going for an operation or surgery can freely request to be anointed. The sacrament may be received more than once depending on the faith and condition of the faithful. It is important to note that is the case of sin, sickness, fear and faith-based challenges; the priest can be requested for the sacrament of anointing. It is only the ordained priest who has the canonical permission to anoint the sick.

How the rite of anointing is performed

In this sacrament, the priest anoints the sick person on the forehead saying, ‘through this holy anointing may the Lord in his love and mercy help you with the grace of the Holy Spirit Amen’. He also anoints the sick person on the hands, saying, ‘may the Lord who frees you from sin save you and raise you Amen’. The ‘raising’ refers to spiritual and physical healing expected. The Sacrament of the Anointing of the Sick can be called Extreme Unction when it is administered to those in danger of death.

The biblical background for this sacrament

The bible indicates to this Sacrament in these words: “Is anyone among you sick? Let him bring in the presbyters of the Church, and they should pray over him, anointing him with oil in the name of the Lord”. James 5:14. The oil used in administering the Sacrament is called Oil of the Sick which is extracted from pure and natural olive fruits. Nothing is added on this except the blessing of the bishop. The essence of this Sacrament lies in the actual anointing and the prayer which accompanies the rite. In giving the Sacrament, the priest anoints the sick person on the forehead and hands proclaiming this prayer: ‘through this holy anointing may the Lord in his love and mercy help you with the grace of the Holy Spirit. May the Lord who frees you from sin save you and raise you’.

The Sacrament of Anointing of the Sick neutralizes fear

It is a fact that when a person is faced with the danger of death, he/she experiences fear and anxiety. God has planted in human nature a strong attachment to life which we commonly call the instinct for self-preservation. He has made it so to assure that we take due care of our physical well being and do not expose ourselves to unnecessary danger. We need not feel ashamed, therefore, nor convicted of lack of faith if we find ourselves apprehensive now and then. To counteract this fear, the Sacrament of Anointing of the Sick becomes handy.

Anointing prepares the sick for the future

To most modern people, heaven and hell are fiction; but not so for a person who has faith in God. Anointing prepares the soul for entrance into heaven through the forgiveness of sins and cleansing of the soul. We know that our friends continue to pray for us after death, but to be ready for heaven beforehand is better. If these prayers find us already in heaven, someone else will profit by them. We should have a high degree of confidence that once we have received Anointing of the Sick, heaven is no longer a dream.

Anointing of the Sick cleanses the soul from moral weakness

Every person is capable of sinning. When this weakness is ignored it is likely to develop into spiritual indifference likely to turn the person into a habitual sinner. Spiritual indifference prevents the sick person from resisting carelessness. Anointing of the Sick facilitates confession and forgiveness of sins while penance in expressed in the suffering of the penitent.

Anointing of the sick promises life and not death

Jesus says that “I have come that they may have life, and have it in all its fullness” John 10:10.

By eliminating anxiety, the priest inspires confidence in the sick person and resignation to do God’s will which assists the body to gain hope. This physical and spiritual betterment makes the patient and those attending to him/her see things differently. Of course, we have no right to expect physical results from Anointing of the sick but we equally have no basis to doubt them. God heals people in various ways. Both the body and the soul get touched by God at their levels. Every priest who has had much experience in caring for the sick can recall some remarkable and unexpected recoveries that have followed after Anointing of the Sick.

Anointing of the Sick comforts and strengthens the soul of the sick person by imparting courage and perseverance. This is the grace is so important because it silences anxiety and dispels fear. The same grace enables the sick person to embrace God’s will and to face the possibility of death without apprehension giving the soul the strength to face anything. 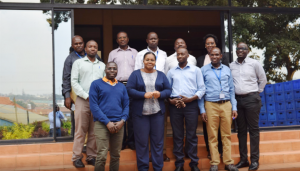 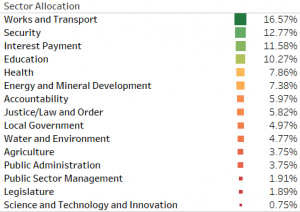