The best of WhatsApp: The Coffin Maker

An SDA Church in Nyeri (Kenya) was leaking and the walls were almost collapsing. After the service, the Pastor asked the worshipers if they

An SDA Church in Nyeri (Kenya) was leaking and the walls were almost collapsing.

After the service, the Pastor asked the worshipers if they could organise fundraising next week on Sunday to rebuild the church.

He told them to contribute whatever God has blessed each and every one of them with.

Eventually, it was the day of fundraising and worshippers came out in large numbers, some with money in their pockets, others with goods depending on their jobs and sources of livelihood.

They were met by a strange sight; a coffin at the entrance of the church!

Gosh! Who had died?

But then in SDA church, funeral services are never brought to the church.

What was going on?

People started talking in whispers asking what was the meaning of it.

They started pointing fingers at Wamùmbe seated at a corner; he was the coffin maker.

Some looked at him in open hostility, but he didn’t mind them.

The Pastor had said that people should bring whatever God has blessed you with, right?

And Wamùmbe was a coffin maker…

After the sermon, it was time to raise funds; those who had money contributed, hardware people gave iron sheets and other building equipment and materials; tomato traders had brought their tomatoes which were auctioned away.

Finally, Wamùmbe dragged his coffin to the front of the church and stood still… people gasped and fell silent. You could hear a pin drop.

Suddenly Mburu , a friend of Wamùmbe stood up. He offered Ksh 15,000 for the coffin on behalf of the Pastor. He said he was buying it for the Pastor.

The Pastor shot up so fast with eyes wide open, his lips suddenly very dry.

He quickly offered Ksh 20,000 for the coffin on behalf of Women Ministry leader – Mama Karanja.

The First Elder nearly peed on himself.

He turned to look at her angrily as if to ask “do you want to kill me?!”

Clearly, nobody wanted the coffin and it kept on being passed around until finally another old rich man stood at the back and said that he is offering Ksh 100,000 for the coffin and he is buying it on behalf of Mr Wamùmbe coffin maker.

Wamùmbe took his coffin and returned it to his shop …smiling.

Wamùmbe, someone who was looked down upon, someone whom people jeered that he benefits from the misfortunes of others, raised the greatest amount of money for the church without contributing even a single coin.

You can serve God in many different ways.

Perhaps people belittle you until you see yourself as a nobody…. but God wants you just the way you are.

Therefore, my beloved brethren, be steadfast, immovable, always abounding in the work of the Lord, knowing that your labour is not in vain in the Lord.
I Corinthians 15:58 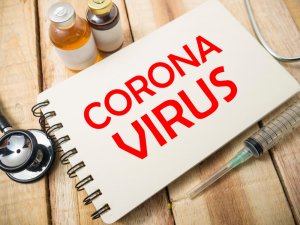 Covid19: A time to change or be forced to change 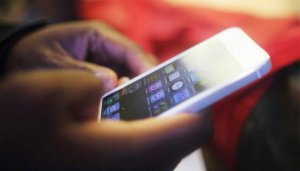 She likes, he likes: what your partner’s activity on social media means 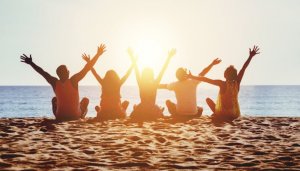