The best of WhatsApp: Trust and Integrity for social transformation

By Dr Drew Ddembe An old wise friend, a man who loved Uganda once told me when I told him I wished to return

An old wise friend, a man who loved Uganda once told me when I told him I wished to return tos Uganda surprised me by suggesting I shouldn’t be in a hurry. This man, a foreigner who lived in Uganda for 2 decades before getting booted out by idi amin, loved Uganda more than many Ugandans! First build yourself, he said … then you will be in a position to help others!

If you don’t build yourself first you will be of little use to the people you want to help!

I belong to a handful of WhatsApp groups. As a general rule, I stay away from WhatsApp groups and rarely ever use it for communicating with individuals. It automatically grants people access to your phone number which is a level of access I restrict religiously!

Two groups are from medical school while the other two are from high school, one a subset of the other.

These alumni groups are good for catching up with old friends. They are good for reminiscing. One however soon finds out that you have all grown apart and that there is little you have in common with each other! Sometimes the pettiness and the cattiness comes out and one wonders what the hell they are doing in them.

They do however represent often unutilised potential. A mix of backgrounds, ethnicities, professions occupations, skills that could be harnessed and organised into powerhouses that could be used to transform society. As individuals, they are just a bunch of people who went to high school together but focused they have the power to help individuals and impact the economy. On a small scale, they have helped a few individuals in the community with school fees here and there, mostly small stuff. Many such school and family groups, however, risk become a mabugo club.

The one real deficit in Uganda is a corporate culture. Trust and integrity is in short supply. Reality is that however successful they may be as individuals they have very little chance of impacting the community and society without organising. Many are professionals now in management. Few are in business or politics.

The advantage of having grown up in boarding school is having these networks that cut across the political and ethnic divide as well as the professions.

In both major groups, business and philanthropy have been discussed but they have mostly remained as protected spaces where one catches up with old mates as well as social support groups at times of bereavement. You see many of our parents are in that phase of their lives!

About a year ago one group realised that the only way of moving forward beyond talking about investment was to create a coalition of the willing now standing at 40. The goal was fifty. They thus formed a subgroup to which one subscribed with 200 dollars. Six months ago the first capital call went out to raise 100,000 USD and was successful. Right now the second capital is rapidly being subscribed to quite successfully. The minimum shares are 2000 and the largest shareholder holds 10,000 shares at 1 USD a share.

Lessons are being learnt along the way. The investment team is a highly regarded team of level headed people with an excellent skill set. They are conservative but that’s OK and is a good thing. The most important thing is that they need to work together! First they have to learn to work together before they can gain the coincidence to use their skills and numbers as leverage!

Ugandans died in Somalia, Congo and South Sudan but when the guns stopped talking the Kenyans moved in with organised capital and took over big business relegating Ugandans to Boda Boda and selling pussy-cat!

Today I saw Museveni opening a sugar factory in northern Uganda. What struck me was the fact that the Uganda Development Corporation funded by the Ugandan taxpayer owns 49 percent shares in this company by a foreign woman and she was given free land against the protestations of the community. I can bet she paid zero tax on inputs and has a very generous tax holiday!

The same woman was given free prime land for the cost of a dollar in Nakasero to build apartments! Indians and Chinese come to Uganda and raise capital in Uganda including getting public contracts not open to Uganda because Ugandans are relegated to small scale kabalagala and airtime kiosks ! Sudhir came to Kampala with a briefcase! Ddembe used to sell gomesi by the metre on luwum Street!

All of this is because Ugandans are poor at organising into professional and investment groups and leveraging these into large-scale corporate ventures with the track record and financial and management skills to take on these business and large scale farming projects. Trust as demonstrated by Ham is also in deficit as is access to capital both financial and political goodwill!

I saw a map of mining and geological leases in Buikwe! It was shocking! Shocking in that the country is owned by the Chinese! Under the mining act, someone can apply to the government for a mining exploration license on your land and if there is something of value a mining license without you even knowing. The failed land act amendment is designed to grant the government powers to dispossess you of such land to “give” to an investor citing “public good”!

My point is that until Ugandans learn to scale, work together, build a culture of trust, learn how to use leverage to access banking, learn how o pay their loans rather than seek.loopholes to get out of paying after profligate spending on baubles, learn discipline, get progressive governments that favour locals over Indians and Chinese and when he east African barriers come down, Kenyan corporate capital, Ugandans shall remain bit players in their own economy!

The second group is yet to move beyond sharing always, mango and the occasional philanthropy. As a matter of fact they originated the current social media move to rehabilitate a former Makerere university guild official and medical student who fell off the wagon of life after being expelled in his fifth year!

But they have failed to progress on the investment front. One of the projects I mentioned to the group a couple of years ago was corporate general practices. GP practices are not my thing but Ugandans need good quality organised community primary health care. With their orbited skills and experience, this is a project they can make work. If they are lazy, there is a company already offering turnkey franchise medical practices at a buy-in rate of 40,000 USD. Am sure they have the skills to do it at half the price but doctors aren’t exactly known for their business skills so simply buying a chain of 10 medical practices strategically placed around the country would get them up and running within 6 months. If they do it themselves, that’s 20 practices with the capital my other group has raised in 6 months! Adding pharmacy services, laboratory services and radiology services is a matter of signing contracts and setting up collection points in the practices. Buying the real estate on which the practices are could be a part of the strategy or just leasing them on long term leases. Accessing corporate contracts as well as insurance contracts is marketing and networking. Bottom line is that there more clever people in the a e groups who can put all of this together and this is just one project!

A Budo old boys SACCO, as well as one from namilyango, seem to be doing well. SMACK catholic boys were some of the founders of DP while Mwiri old boys were dominant in UPC. Uganda and Rwanda are ruled by Ntare old boys networks! There is therefore no doubt that old boys and old girls networks can be leveraged for more than reminiscing, lugambo and mabugo!

The question of politics and changing the country has come upon our forum. My comment verbatim was;

“This group represents an opportunity for the organisation.

If with all the brainpower and resources on this forum you cannot organise anything outside of reminiscing about old days, forget about going out there to organise the country!”

Go out to your family and old school alumni WhatsApp groups and organise them. If you cannot leverage these small groups with a shared experience and values into a functional investment, political and philanthropic organisations, forget about posturing on Facebook about changing the country! The Chinese, Indians and Kenyans, as well as Nigerians who have learnt how to organise their capital and combine their skills into organised and powerful corporates, will be your bosses while you show off your consumption and stolen money!

If I may borrow from ancient Buganda logic, a bundle of sticks is stronger than the individual sticks!

I know nothing about business but that’s the beauty of networking… the skills you need are always a network away!

Note: I received this article on my WhatsApp mobile as a forward. I do not write. And I don’t know the original author/s. The article will teach you a lesson, and that is why I am sharing it. If you share, add this disclaimer. 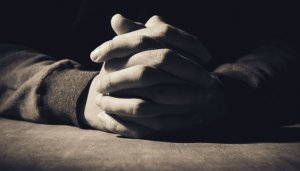 Prayer is an Essential Service for Human Beings 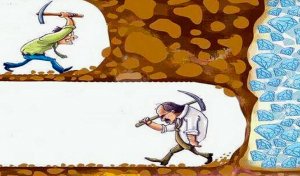 Who keeps your feet on the fire?