The consultant from hell: how my client lost a fortune and an image!

Consultant turned English teacher, this is a story of how a big manufacturing company collapsed by a guy calling himself, “I’ve a ‘PhD’ from

Consultant turned English teacher, this is a story of how a big manufacturing company collapsed by a guy calling himself, “I’ve a ‘PhD’ from London.”

It started in 2010, when I was asked to do a due diligence in Kigali on a manufacturing company, that my client was interested in acquiring some 45% equity shareholding.

Being a French illiterate, I hired the services of a colleague who made life so easy for me in Kigali. He would translate everything so well that I found it useless to study and learn the French language.

I usually like to convince myself thus: “if someone is so good at something, let them do it so that you focus on other areas you are great at.” It worked.

I did a financial, tax, and legal due diligence. Under financial, I analyzed the suitability of the business model. After a thorough review of the business, and independent interviews with the suppliers, I noted that the company had no going concern due to lack of assured consistent source of raw materials.

On the surface, everything worked well. However, the company was relying on middlemen for raw materials, and we noted several instances production had been affected due to stock-outs.

The solution was the company to streamline raw material sourcing by reaching the primary suppliers directly, instead of going through middlemen. Somehow, there was a problem. The company had an agreement with the middlemen.

I gave in my report advising my client of the facts; and the pricing, if at all he had to invest.

My price estimation was based on NPV of the future earnings of the company, less the costs to implement robust internal controls and systems and the cost of buying-out the contract of the middlemen so that they did not have to buy from them raw materials as single sourcing.

You wonder why some people can sign agreements like that. Apparently, the contract restricted the manufacturing company from buying raw materials from another source, without talking about prices, reliability and other SLA issues. SLA means service level agreement – it provides the minimum service level targets and joint accountabilities to make the contract workable for all. A good SLA is usually a litmus test of a great lawyer from an average one. A great lawyer ensures that all the critical success factors for their client are identified and clearly addressed in the SLA, by stating what a deal breaker will be in case of non-performance.

My client reviewed my report and appreciated. Around the same time, one of his old friends returned from London, brandishing as a ‘PhD’ holder.

A PhD is so a strong brand that when one hears it, no more questions are asked. You are immediately thought of being superior and of high levels of intellect that the rest.

With the prospect of relocating to Kigali, the consultant said, he thinks the DD report is biased against the seller.

Of course, unlike an investigation, a DD report should be as much as possible objective… but should error on alerting the client of the potential deal breakers. At the end of the day, your DD report is to help your client [whether purchaser or seller] to get a good bargain so that they make a good investment decision… so, if the purchaser engages you, error on giving them insights to make a good deal, vice-versa. That is all I know about DD’s.

I was wrong; the ‘consultant’ explained that the raw materials issue is not critical. He talked of a global supply chain model, where companies in London flourish on raw material supplies from China… and that with globalization, there is no need to worry about nitty-gritties.

I tried to point out to the client that, “London companies have good contracts, with clear SLAs that the supplier must adhere to or they pay fine for lost revenues. I also said that, London company’s contract do not restrict purchase of raw materials from a single supplier, but rather the cheapest supplier giving the most value…” I was dubbed an alarmist. They gave me my cheques and ordered me out of the deal.

The secret with consulting is to, “put everything in writing” else they may come back to haunt you. I do that.

The consultant went to Kigali; and was appointed the MD.

The new owner terminated the services of the old MD. There were no proper handover procedures. On the first day of taking over office, the new MD, who I will refer to as Kingoi, introduced himself as follows:

“I am Kingoi, and hold a PhD from London. I am here on merit to turnaround this company. All I ask for is your mindset. It must change. I want to work with people who are proactive. Who are not lazy, and who follow instructions. Some of you, I’ve been told, eat too much at lunch and cannot perform during the day. I won’t tolerate that nonsense. My PhD focused on international trade. I want to make this an international company, and that is why I am here. I expect team work and respect of authority. I have also been informed that some of you have no contracts; I am going to review each and every personnel file and agree on who to retain. Feel free to ask, in case of any question or comment.”

One of the staff raised their hand:

“You mentioned to go to review each and every file of employee; it means those who have no, like me you will gave us a file?”

Here is the new MD’s response:

“Even you don’t know English? What kind of people are you? Your question should be phrased as…” the guy was correcting grammar at his first meeting. Keep in mind that Kigali is a French colony, and most people were taught in French, and they are just trying to understand English in light of the EAC.

The response was received in a sour test by the staff.

And I was informed by the client that was the worst decision he made. He would have changed his mind at his inception speech. As I write this, my client lost above US $182,100 he invested in acquiring 45% stake in the company, in addition of all good will with government he had. The company has since been liquidated.

The consultant was hailed as one from hell. When they did background check, they found indeed he had a PhD, but one of on-line from your typical degree mills.

The lessons of this story are:

a) Not everyone with a PhD is brilliant. Always ask them: “what have you done with your PhD?” knowledge is useless if not applied to change lives and your present conditions. Ask for a track record, not an education record. It is easy to buy qualifications, but not experience. That is why “professional reference letters from serious entrepreneurs are gold.”

b) Be alarmed when someone says they have a “Degree from London” or Masters from New York”, etc. there is no University specifically called “London” or New York. These are just great cities with fantastic University. Anyone who went through University of London will say the full name; not just London, just like someone who has gone through Makerere University.

Hope you have learnt a lesson or two on qualifications. 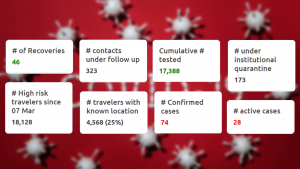 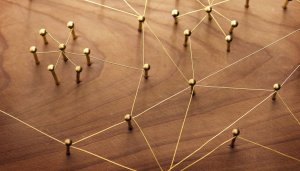