The modern warfare: are you safe?

Countries are winning war daily. Covertly through modern warfare: espionage and open source intelligence. Whereas espionage may involve deliberate effort to infiltrate another country, modern warfare has transformed how espionage is done. We are in the era of cyber warfare.

In the past, winning a war was about numbers: how many headcounts of soldiers a country hard. How expensive and versatile its armoury was. And how well trained and battle-hardened her soldiers were. This is still important but not critical.

It is increasingly clear; soldier’s headcount numbers are important for managing internal dissent as opposed to global enemies and warfare.

The primary aim of any country is to protect her interests – defend the constitution. This means allow no foreign interference in the management of the country’s affairs across the board to deliver sustainable growth and a happy population. So many things can make people unhappy. Power blackout.

Loss of banking system. Loss of telecommunications network. And many more. With Yaka today, an enemy could hack into the power distribution system and put offline the entire network to deliver a blackout for the entire city or factories. The longer the period of a blackout the more the risks to the economy. Cyberwarfare could do that. And the physical soldiers and army would have nothing to do about it.

The enemy is in the cloud. The government pays public workers through the integrated financial management system and integrated payroll system, where all government employees are managed. A cybercriminal could penetrate such a highly sensitive payroll and mix things up thereby causing salary delays. If such a delay went on for more than two weeks, and there is no backup, it could lead to so many people downing their tools. You get the picture.

Today, countries are investing a lot in offensive and defensive cyber warfare. With the rise of machine learning, artificial intelligence, blockchain technologies that are taking encryption technology a notch higher, countries now are investing more than ever in cyberwar far capabilities. Unfortunately, for developing countries, it is a tragedy. Which country do you partner with to develop your cyber warfare capabilities?

The risk of espionage is high. And when it comes to technology, it is clandestine. Someone can remove all contents from your computer without you ever noticing if you lack the skills and technology to see. For example, when someone inserts a thumb drive or flash in your computer, copies documents, it is difficult for most people to notice! 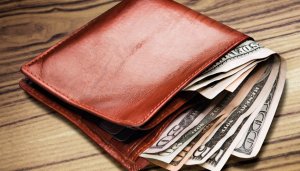 Are you crossing a busy road blindfolded?