Uganda Cranes: how a bad kit sponsor kills a team

#mindspark: Uganda Cranes has been doing badly over recent years. The brand visibility of the National team has fallen so much you may think

#mindspark: Uganda Cranes has been doing badly over recent years. The brand visibility of the National team has fallen so much you may think the team no longer exists. The recent poor performance of the team at the CHAN 2021 has worsened the situation at the FUFA House. Many people are now pointing fingers at the main coach. But that is being myopic.

A poor choice of the strategic partner, the team sponsor, is part of the big problem. Since Airtel took over the team as its main sponsor in 2013, the team slowly started losing visibility. When you look at a sponsorship package of about Ugx 5bn cash by Airtel, you may get excited and hopeful about the national team. But that is so small.

To win, a team needs visibility and team members’passion for being part of the squad. A strong fun base is a key for these. Unfortunately, the Airtel model of direct cash injection without a consistent marketing plan to profile and promote individual players, advertise upcoming games and bring fans closer to the team is to blame.

Before 2013, when MTN  used to sponsor the national team, they would advertise and profile players. It was common to see billboards with key player names. No one ever missed an upcoming Uganda Crane team match because MTN made sure it was announced everywhere. Going forward, MTN should be courted, persuaded, attracted, and to be specific begged to take back the sponsorship of Uganda Cranes.

Only MTN seems to have the expertise to promote the team and players with innovative ads that speak to the fans. MTN is known to invest in team wellness, makes players love playing for the Cranes,and engages with artists to compose creative songs that rally the public behind the team. Dear reader,you recall the song: “We Go, We Go. Uganda Cranes We Go. It is our Time We Go.”

It was easy. And addictive. The bad thing FUFA did not look beyond the surface when evaluating the sponsorship packages. It’s looked at a lump sum sponsorship from Airtel and tool the bait. That deal will go down in the history of Uganda Cranes as the worst decision. Team Uganda Crane‘s name has been disappearing slowly that by the end of 2021 when the current Airtel deal expires the team’s image will be in the drains. It is that bad.

When it comes to team sponsorship, it is not about the money that is directly paid. It is about the total investment.

For emphasis, MTN Uganda used to advertise, profile, and mobilize funds for the team. No one would miss any upcoming Uganda Cranes match, and people started knowing the names and backgrounds of the first 11 players.

But Airtel has slept on the job. The FUFU should wake up.  It is not the coach. It’s the fan base and other stakeholders that affect a team‘s success.

Don’t live beyond your means 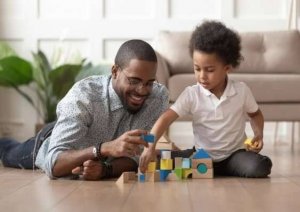 Family: How do we become a better family