It has been a big stumbling block to the country’s competitiveness. The long awaited anti-money laundering bill was finally passed by Parliament of Uganda

It has been a big stumbling block to the country’s competitiveness. The long awaited anti-money laundering bill was finally passed by Parliament of Uganda in August 2013 and now awaits presidential assent to become law.

As one banker lamented in 2010, “Bank of Uganda, through the Financial Institutions Act 2004, has been requiring us to undertake a thorough background check on customers through know-your-customers rules, ﬂag suspicious transactions and report them as well as categorize customers based on risk assessment on their reported sources of revenue. We continue to file these returns on a daily basis only for them to rot in our archives and at BOU; as there is no law under which suspects are prosecuted.” Even more, money laundering entities like Churches, Casinos, Real Estate players, Insurance Companies and Non-Governmental Organizations were outside the regulation of the Financial Institutions Act, 2004.

Some of the critical provisions in the law are:

Uganda is the only country in the region that has been lacking the anti-money laundering law. This has been a big obstacle to businesses. The absence of anti-money laundering law was cited as one of the reasons for PayPal’s failure to enable a ‘receive money feature’ to Uganda. Several other African countries also don’t have this feature which is attributed to ineffectiveness in the implementation of their anti-money laundering laws. We hope that once passed, the law will be successfully implemented and culprits brought to book so as to position Uganda as the best destination for doing business as money laundering makes doing business very tough for genuine actors. A case in point is real estate, where others have been buying properties at inflated prices to launder money only to sell them later or use their properties to acquire huge loans and then default so that the bank auctions off the property. This practice has now spoilt the market whereby most banks rarely give loans based on sound business assumptions but on the size of the collateral of the applicant.

For long, most of the mushrooming places of worship, some non-governmental organizations, unregulated real estate industry and a plethora foreign exchange bureaus and money lending businesses have been said to be some of the top vehicles for laundering money – process of making illegally obtained money (like from drug or human trafficking or corruption activities) to appear as if it was obtained through legal means.

One of the common schemes used to launder money is through some churches and NGOs. Here a criminal obtains money for example from corruption schemes. They then transfer the money to offshore bank accounts abroad to some countries. From there, they send money as a donation to a Church or a non-government institution. Once the money is in place, it is shared and the process complete.

Insurance industry has of late been a culprit of some sophisticated laundering schemes. Once the criminal obtains illegal money from corrupt or drug trafficking, they start buying insurance policies over a period of time. All they have to do is to make some claims and obtain good money. The good thing with launders is they are patient people. This scheme has been more prevalent in Kenya and in other markets where insurance industry is highly developed.

The lack of an anti-money laundering law had turned Uganda into an operation center for such schemes.

What exactly is strategy? 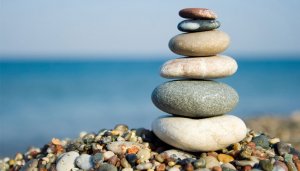