The works and transport minister Abraham Byandala says the Uganda Government is planning to construct a new railway running from Malaba to Kasese and Bihanga to Mirama Hills at the border of Rwanda which will have a branch connecting to the iron ore deposits in Muko from Bihanga.

The minister also added that the project will include a new line from Tororo to pakwach connecting Gulu and will finally enter Southern Sudan. This project is a joint one between Uganda, Kenya, Rwanda, Burundi and Southern Sudan.

The project which the Kenyan government has already kick started is expected to cost the Ugandan government about Ugx.13 trillion.

Looking at the areas that are to be connected market wise, Uganda is to benefit a lot from this project. Connecting Northern Uganda to Malaba directly could bring a very big boost to the economy, since Northern Uganda has always lagged behind in terms of direct access to markets. The farmers in Kasese will as well access new markets, in Kenya, Northern Uganda and Southern Sudan.

The transport sector which has been largely dependent on road will also get a big uplift. Movements of people and goods including live stock will be simplified by these direct railway routes. Connecting Uganda through railway line to Southern Sudan, a strong business destination for Uganda is a fantastic initiative.

The number of jobs going to be created for the Ugandans will be overwhelmingly appreciated. Technically, railway construction needs both technical and the not very technical people. With the high number of youth who are not employed in Uganda, this project is could be savior to Uganda’s unemployment problem.

If the project is kick-started, many Ugandans will have every reason to smile. In my opinion, the Ugx.13 trillion project is a worth while project to commit funds to. 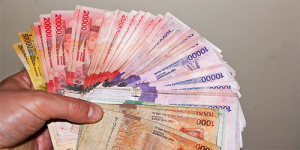 Best of WhatsApp: The state of our politics

How to speak to influence, not merely inform