Q. What Happened? A. On Friday May 12th 2017, several organizations were affected by a new Ransomware strain. The Ransomware was very successful in

A. On Friday May 12th 2017, several organizations were affected by a new Ransomware strain.
The Ransomware was very successful in part because it used a SMB vulnerability to spread inside networks.
The vulnerability was patched by Microsoft in March for supported versions of Windows.
The exploit, known under the name ETERNALBLUE, was released in April as part of a leak of NSA tools.
Variants have been seen spreading Saturday/Sunday.

A. Several large organizations world wide are known to be affected.
No obvious targeting. The organizations are from various countries and appear not to be related.
While large enterprises made the news, small business users and home users may be affected as well.
Estimated > 200,000 victims according to various anti virus vendors

Q.How do systems get infected?

Q. What happens to the victim?

A. Files with specific extensions will be encrypted.The victim will see a ransom message asking for approx. $300. Ransomware demands will increase to $600 after 3 days. After 7 days, the files may not longer be recoverable. The ransomware will also install a backdoor to access the system remotely via port 445 (Double Pulsar, also part of the NSA tool set).

Q. How to Prevent Infection: Patch

A. Newer Windows Versions (Windows Vista, 7-10, Windows Server 2008-2016) can be patched with MS17-010 released by Microsoft in March.
Microsoft released a patch for older systems going back to Windows XP and Windows 2003 on Friday.
Confirm that patch is installed. The catch here is that most people have cracked versions of windows and have to resort to manually downloading the patch and applying it which gets tricky most times.

Q. What are Other Mitigating Controls

A. This mostly is aimed at enterprises with the resources that can enforce these controls and not directly end users.
1. Segment Your Network
2. Prevent internal spreading via port 445 and RDP.
3. Block Port 445 at perimeter firewalls/filtering devices.
4. Disable SMBv1
5. Implement internal “kill switch” domains / do not block them through DNS monitoring
6. Set registry key or find a tool that does it automatically for you from a trusted vendor.
7. At least one additional variant of the malware was seen this weekend. It uses a different “kill switch”.

Contact Summit Security For more information on the above mitigation tasks.

Q. How can you detect affected System?

Q. How can one clean up the infected Systems

A. Anti-Malware vendors are offering removal tools.Removal tools which remove malware, but will not recover encrypted files. WannaCry will install a backdoor that could be used to compromise the system further. Note that not all files with the .wncry extension are encrypted. Some may still be readable.

Contact Summit Security for assistance or guidance and direction on the above.

Q.  Do they have a Kill Switch

A.The malware will not run if it can access a specific website. This web site has been registered to stop the spread of malware. But proxies may prevent connections. An internal website may be more reliable and allows detecting infections. A registry entry was found that will prevent infection as well, and a tool was released to set the entry. Future versions will likely remove these kill switches or change the name of the registry entry.

Q. Will Paying the Ransom Help Us?

A. There is no public report from victims who paid the ransom. About a hundred victims paid so far.
The unlock code is transmitted in a manual process that requires the victim to contact the person behind the ransomware to transmit an unlock code. Due to the law enforcement and public attention, it is possible that the individual(s) behind this malware will disappear and not release unlock codes in the future.

A. Availability
Affected organizations will loose access to the files encrypted by the malware. Recovery is uncertain even after paying the ransom.
Confidentiality
The malware does install a backdoor that could be used to leak data from affected machines, but the malware itself does not exfiltrate data
Integrity
Aside from encrypting the data, the malware does not alter data. But the backdoor could be used by others to cause additional damage.

Q. Where can i get more help on this? 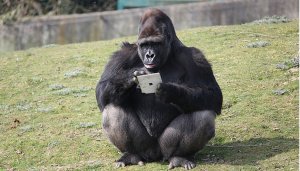 Social network era: how safe is your information assets

Protected: Why a culture audit at your organisation NOW?