We need a formed and informed conscience

The question of conscience is one of the fundamental issues that human beings need to keep under keen interest because it was a principle core and safe sanctuary of a person. When one acts with a clean conscience that person is being influenced by right impulse whose voice echoes in the depths. The minds and hearts of human beings must be formed and at the same time informed in such a way that they can sense and do what is knowledgeable, right and practical.  A good conscience can influence the integral behaviour of any balanced person even when age is tender. A good conscience attracts critical thinking because of its ability to hear correctly and comprehensively. Right conscience can receive only that which has integrity and act swiftly upon commitments as long as they are honest.

A formed conscience complements faith and reason because of their capacity to respect the truth and people’s goodwill. A formed conscience is detectable a long-distance away. Incidentally, conscience can as well be compromised when one fears the consequences that accompany honesty. To avoid corroded conscience we need three attitudes namely: patience, thinking and confidence. Anyone charged with the teaching duty of forming people’s conscience needs to avoid exaggeration and subjectivism posed by the affluent method of the liberals who value less the formation of conscience. A good teacher of conscience provides a transcendent and objective moral order which assists those being taught to make clear distinctions between what is right and what is wrong thus paving towards coherent action.

When it comes to performing acts of conscience, the aspect of autonomy stands to be challenged by conscience. This inner voice can never be ignored when it comes to having a sound outcome. Sound conscience can’t contradict its response when it comes to principles and values. Its stand is that “you will know the truth, and the truth will set you free” John 8:32.

As a people living in this society, we place an uncompromising value on liberty; even though it is the formation of conscience that makes a difference. A person who eludes formation of conscience gets enslaved either by the paralysis caused by exaggerated autonomy or self-centred dictates originating from erroneous conclusions.  It would be false to conclude that a person has the ‘right’ to do whatever his/her conscience dictates simply because that is so. A conscience to right, it has to be formed and objectively informed by credible sources. To follow any kind of conscience simply because it is deemed so would compromise the right to reason objectively. A formed conscience follows standard orientations that cannot be compromised.

In its integrity, right conscience supports practical judgment as to whether an action, word, thought, desire or omission is good to have consented or evil to be avoided. Conscience safeguards natural law which is written in our hearts and continuously bears witness whenever conflicting thoughts arise accusing or even defending themselves. St Paul teaches that “God judges men’s secrets” Rom 2:15. We need to respect and follow our formed conscience at all times since life is made by small details of every day we encounter. For the sake of safeguarding good conscience, one needs to be prudent all the time.

Our habitat influences our conscience

The society we live in has a role to play when it comes to the formation of conscience. Among those playing a pivotal role are parents as they offer instructions, examples and guidance most especially during childhood. Parents are the first and the most consistent teachers to their children and all those who live under their care. For parents to do credible work, they need to be God-fearing, principled when it comes to matters of faith and religion, value-oriented people, lovers of smart work and always ready to listen. Others who influence the formation of conscience are priests, teachers, elders and civil authorities as long as the display life of values. It is also true that prayer influence conscience. In its simple way, prayer enlightens and strengthens the mind, giving direction about dos and don’ts. The grace of God helps us to recognize and to choose to do only what is right and reliable.

Prophet Ezekiel reminds us that: “the righteousness of the righteous shall be upon himself, and the wickedness of the wicked shall be upon himself” Ezekiel 18:20. The question may arise that ‘can one act with a doubtful conscience?’ Yes, one can act after being influences by a doubtful conscience. This is the type which cannot decide if an act is good and should be done or evil and should be avoided. When conscience is in doubt one must either refrain from acting or resolve the doubt.

There is also what is termed as scrupulous conscience. This kind of well-centred impulse is constantly in doubt and fear of sin when there is none. Such a thought can be helped by guidance from a wise person who is in a position to provide a simple but objective way forward, consistent prayer and spiritual direction. To overcome scrupulosity, one needs openness to learn and courage to be guided in the right direction.

We need to be alert about lax conscience as it judges more by convenience than common sense thus leading one to fall in sin. Everything judged carelessly leads to tough repercussions. Conscience may error because of invincible ignorance. In such a case, the person is culpable but then exonerated from responsibility. St Paul teaches that: “their understanding is clouded and they are alienated from God’s life because of their ignorance” Ephesians 4:18. The stand of a formed conscience is that ‘no one is permitted to do evil so that good may result from it. A formed conscience makes a society peaceful. 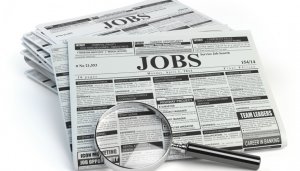 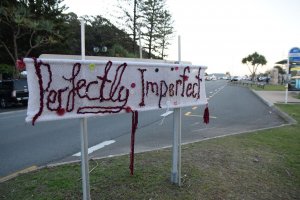 Perfect imperfections: why are you lovable 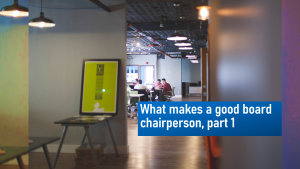 What makes a good board chairperson, part 1