Who cares? The frustrations of doing business in Uganda, part 1

Uganda has many enterprising people, but few successful businesses. Why? If anything explains the high poverty levels in many parts of the country, it

Uganda has many
enterprising people,
but few successful
businesses. Why?

If anything explains the high poverty levels in many parts of the country, it is not an unwillingness to work hard—most Ugandans still sweat to survive. Nor is it because of a lack of enterprise and optimism: on the permanently traffic-jammed streets of Kampala, the country’s main commercial city, hawkers gingerly ease their way between cars trying to sell almost anything from snacks to books, car parts, carpets, shoes, and even toilet paper. They do the right things – wake up early. Work 365 days a year. Do your best. But the last and most critical thing – success – is always a step ahead.

As young boys, my mother often said: “when you wake up early, work 365 days a year and do your best, you succeed.” She probably forgot to add “…on the relevant things…” driving at 180 k/h in the wrong direction is not ok.

As I see it, that is what many of the enterprising Ugandans do. They move too fast, but in the wrong direction. If you are meant to be in Jinja town, found in the east, it does not matter how fast you drive if you are heading to the West on the Mbarara highway! It is the government policy that provides a signal of the next big thing. What sector is government prioritizing by allocating a big percentage of the budget to it? For example, if government increases taxes on imported face masks, it could signal an incentive to manufacture the face masks locally by making all imported ones expensive in a single policy move thereby helping local producers.

Many Ugandans are far more likely to be self-employed than people in richer parts of the world, for the simple reason that without social safety nets, many of them must hustle or starve. Despite the high rate of new start-ups, the country still fails to produce enough of the productive and profitable small businesses it needs to lift hundreds of millions of people out of poverty. Part of this is explained by the climate for the enterprise.

Some people in positions of authority have made it their job to frustrate local Ugandans with good ideas. There are some good and talented brains out there who would change the way businesses are done but these are never given an opportunity. Many times, people with innovative ideas are considered as a threat. Many CEOs and Heads of Departments fear to lose their jobs and livelihood if they let brilliant people closer. Such executives and managers often suffer from a deadly disease of inferiority complex which is often caused by obtaining a senior job based on know who rather than know-how. Senior government jobs especially in the ministries, public entities, and to some extent big businesses in the private sector are at a high risk of suffering from the disease.

Uganda’s government is the biggest single business partner for any business in the country.  It is easy to influence a decision in any business if they need to get business opportunities. The corporate ‘mafia’ has penetrated all the circles.

The wife is in the ministry, the husband in the bank, and the daughter in the investigation department. You will find the relatives of the executives in deep circles in all businesses – private or public. The problem is big. Dealing with a person without the skills and faculties to handle a senior position they hold is the worst punishment young businesspeople have been subjected to. Someone supposed to have been a plumber (with due respect to the profession) oversees approving your Ugx. 400+ million projects. Such people suffer from indecision and technical limitations. They just cannot comprehend as are lazy readers. And of course, all their thinking is about traveling abroad just to get hold of that small per diem. They will leave the project on the table or buried deep in the drawer, as they travel out. Well for now… covid19 has put all these excuses on hold. But a lazy soul cannot run out of excuses.

After all, anyone can say NO to a brilliant idea. It is only a few people with an eye for enterprise and future, can say a genuine NO or YES. Such people are in short supply.

For how long can the public portend with this mess? How much does the country lose for having the wrong person in a critical position? How come such positions are never made competitive? Unfortunately, this is a new reality. Enter the game of corporate politics and systematic failure. 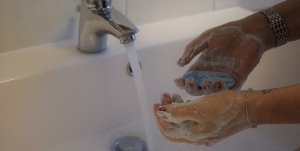 The #covid19 way of life 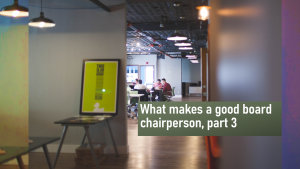 What makes a good board chairperson, part 3

If you are above 40 yrs of age or approaching the mark, health hints for you