Why NSSF recent proposal to increase deductions is baseless.

The recent proposal by NSSF management to increase monthly contribution from the current 15% is unreasonable and based on un-researched facts. NSSF should be

The recent proposal by NSSF management to increase monthly contribution from the current 15% is unreasonable and based on un-researched facts.

NSSF should be looking at how to invest wisely the money it already has other than looking out for more when the contributors are yet to realize the many sunk benefits over the years. for example, NSSF gambled with workers money in Uganda Clays shares, which have now fallen sharply beyond reason.

These are areas that we need answers. Imagine how much money we are talking about – NSSF is the largest shareholder; with majority shares in Uganda clays. Imagine NSSF extended a long-term loan to Uganda clays when the company’s price per share was about Ugx. 800 per share. Today, the share price is just Ugx. 20 per share. Of course the loan became bad as Uganda Clays could not service it, and NSSF decided to convert the debt into equity, effectively sealing the fate of workers savings – since debtors have priority in recovering their money during liquation.

We have for many years argued that it would be more meaningful for NSSF to either build decent homes for its savers or help the savers acquire mortgages on their savings, other than building expensive homes on the poor savers money and giving them a mere small interest on the savings which cannot even pay for rent of two months.

Many calculations have been done on the proposal and have proven unrealistic. If we take the earnings of their top management, their salaries are so huge that the same proposal leaves them with more than enough, which another saver has to work for and earn for a whole year. Not forgetting the allowances (from housing to fuel, airtime etc) all this taken off from the poor saver. The best and biggest security for savers is owner occupied property, even if they continue paying monthly to acquire them under mortgage arrangements with the fund.

There are many savers who need money for serious medical attention but cannot access it now because of the unfriendly terms and conditions of accessibility. May be, we need to look at NSSF working on these policies to enable savers access their money when they want to, and we need to see the savers having a lot to say about how their money should be used. It is so unfortunate that most savers cannot afford the best medical and education services for their families and yet employees of the fund itself have a health care scheme.

The amount that someone gets on retirement is so little for them to make any meaningful investment. We do not need to forget the principle of time value of money “money today is better than money tomorrow”. A simple example is looking at property, 2 years ago, a plot (50ftX100ft) in Namugongo near the shrine was Ugx.20m. Now, it is Ugx.45m. A saver in NSSF who had Ugx.20m two years ago has only earned an interest of Ugx 3m for the two years and yet the property has appreciated by a cool Ugx.25m. Imagine in say 15 years in future, the same property would have appreciated by more than Ugx.80m, but the NSSF savings would have earned an interest of around ugx.25m.

Now if a business person (in export and import) was to use the money, the figures would be still very different and far better than the amounts in property and NSSF. So why doesn’t NSSF look at how to make their contributors better than looking at getting more from them? May be the liberalization of the sector will bring better results due to competition.

Like they say, you cannot understand what somebody goes through unless you are in their shoes. I challenge the NSSF top management to live off Ugx. 1m a month without any allowance (transport, airtime, medical, etc.) and we see if they can survive. We need to be realistic with the policies we make because we usually see them as the best when they are not affecting us, and vice versa.

Most savers have a feeling that this money may actually not be there physically, that it is stuck in many loss making ventures the fund have invested in like Uganda Clays, the Nsimbe Estates, Temangalo. NSSF, is the workers money still there? 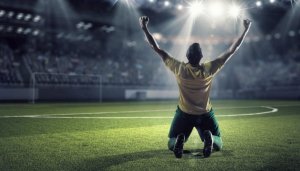 The ACT model to help you win amid COVID19 pandemic 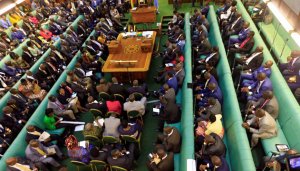 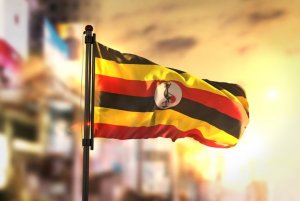 How government is letting the country down!